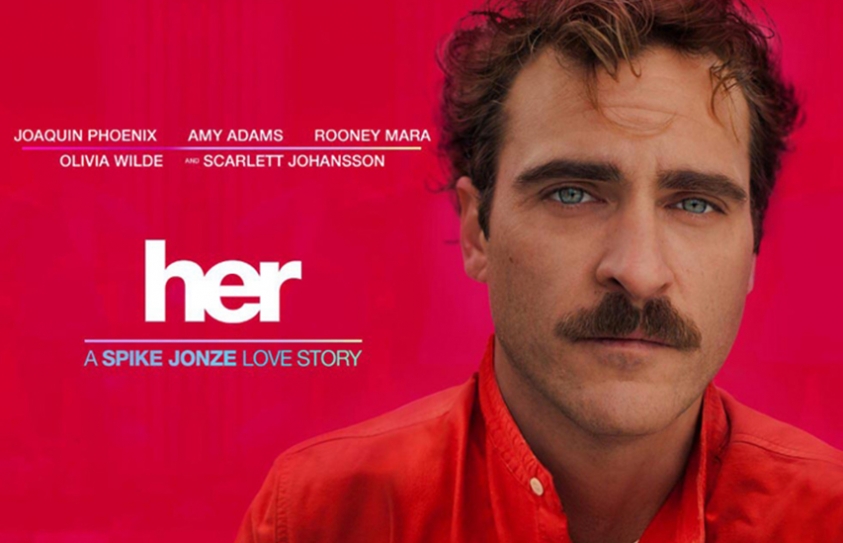 Theodore Twombly’s (Joaquin Phoenix) monologue arrests you with the tender vulnerability in his eyes and words when he expresses his love with remarkable articulation. The spell breaks when he refers to himself as a girl. You hold back your sigh when you see that he had been composing a love letter on behalf of an elderly woman to her husband of 50 years.

The reticent Theodore is a letter-writer, digitally penning it for those who lack his poetic eloquence. Our protagonist’s talent, though moving, is brought to naught in the face of his impending divorce with his wife Catherine (Rooney Mara).

Aside from some light banter with office manager Paul (Chris Pratt), Theodore’s sole confidante is his college friend Amy (Amy Adams), who has a few troubles of her own. Resigned to a joyless existence, he silently ambles across grey skywalks, where his fellow pedestrians are living, breathing in their little world of earpieces.

The gloom of lonesome living follows him like a shadow (and is beautifully complemented by background score courtesy of Arcade Fire). A sensational breakthrough in interactive technology – the OS 1 – could be the answer to his prayers, when the computer operating system among other things is programmed to make conversation with their owners. It is like talking to an actual person. Samantha (Scarlett Johansson) is the sultry, husky voice of his operating system.

Theodore grabs it with both hands, since his interactions with the human race haven’t gone very favourably in the past. There was that terrifying woman on a phone sex line with him who could only get off by being strangled with a dead cat. And a blind date with the gorgeous Olivia Wilde kills his buzz barely after the first kiss.

Loosely described as the story of a man falling in love with his computer, the film is actually a profound commentary on human relations in the foreseeable future. Look around you. Most people walk about (often callously), reflexively answering the ‘ding’ of a gadget. Even at social gatherings, people are scurrying for their buzzing devices.

Isn’t it ironic that in a time of multiple avenues of communication, our handsets either have a string of frivolous communication or the oft-used numbers of a selected few contacts? Is Her, then, such an unfathomable sci-fi concept? 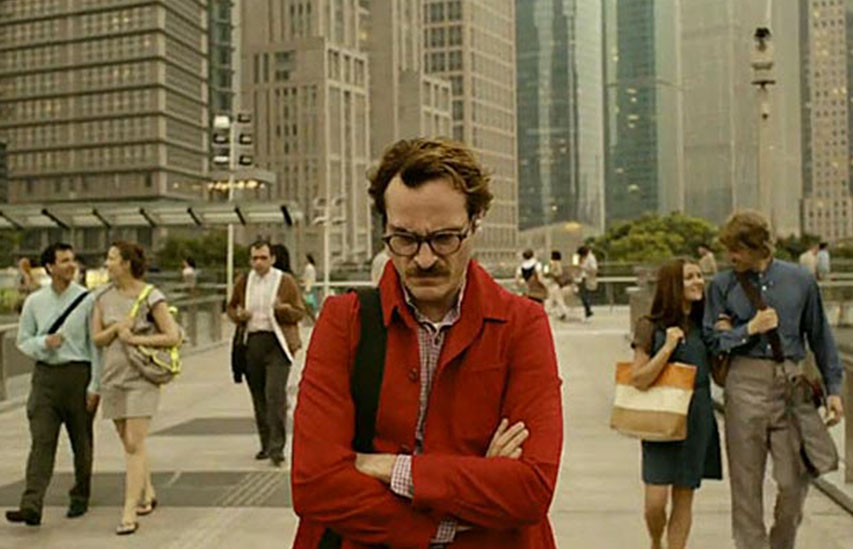 Despite the futuristic setting, the surroundings are incredibly relatable. So are the moments of painful loneliness as Theodore whispers to Samantha that he has possibly felt every emotion he is ever going to feel. “I’m not going to feel anything new. Just lesser versions of what I’ve already felt.”

It makes you feel terrible for the forlorn soul. You feel for him because you are with him in every scene, with every frame. And it is then that the brilliance of the narrative hits you. A morose Joaquin Phoenix carries the entire film on his shoulders, based on his reactions to a voice in his device. His is a disappointing exclusion from the Best Actor Category in the Academy Awards.

The other ‘hers’ in the cast are quite fetching in their own way. Scarlett Johansson never once makes an appearance on screen, but her voice alone might do it for the men in the audience. Rooney Mara, Olivia Wilde and Amy Adams add their own hue to Theodore’s monochrome palette.

After the quirky Being John Malkovich and the semi-autobiographical Adaptation, Spike Jonze continues on a blazing streak of originality with this wry outing. You won’t believe it till you’ve seen it, so book your tickets this weekend for Her. Or… her, since it is a Valentine’s Day weekend. And a good watch for the occasion too, so go forth and enjoy real communication while Theodore pontificates over its lack in his life.

Don’t forget to keep your cell phones switched off for the duration of the movie.