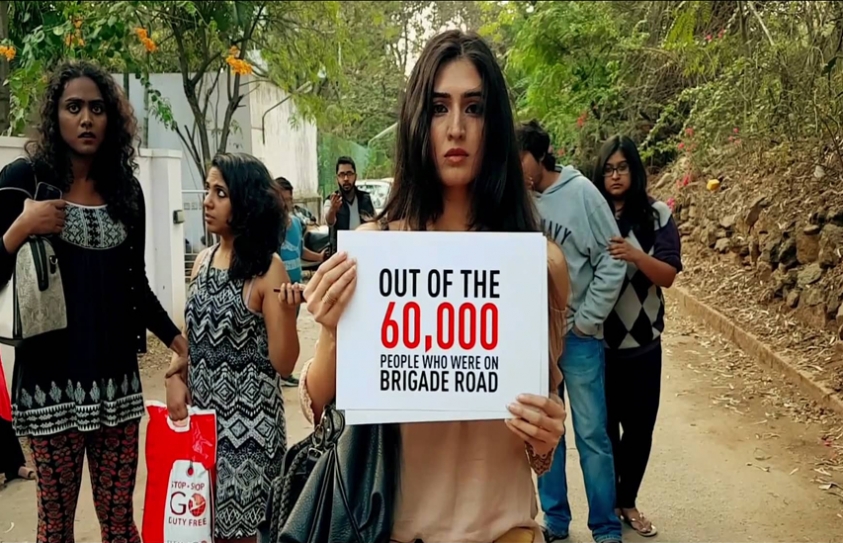 It’s been a few weeks since the mass molestation incidents that occurred on New Year’s eve in Bangalore came to public consciousness. Debates have since raged over the safety of women in public spaces. There have been many responses to the incident including protests, marches by women and public discourse. One such response has come in the form of a video that begs people not be a “mannequin”. Riffing off the idea from the popular online trend called the “Mannequin Challenge,” the video tells people to take action. This is a dark take on the decidedly lighthearted online phenomena which finds its participants being still in front of a moving camera with music in the background and suddenly bursting into dance. Even popular celebrities like cricketer Virat Kohli have taken part in it.