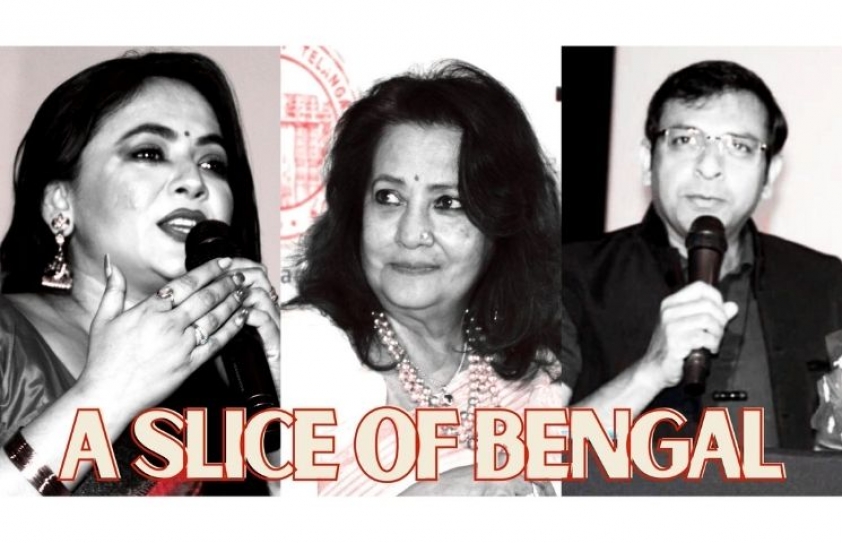 The recently concluded 4th edition of the Telangana Bengali Film Festival brought to the limelight exciting new talent. Shantanu Ray Chaudhuri writes about how the festival happened despite all odds.

It is by all means a triumph of collective will against overwhelming odds - a fledgling film festival, an intrepid curator (Sumana Kanjilal) battling cancer and the shadow of the two-year-old pandemic.

The recently concluded 4th edition of the Telangana Bengali Film Festival (TBFF) Hyderabad, Aayna 2021, is a miracle - one wrought out of sheer faith and perseverance of its organizers, the Hyderabad Bangalee Samity. The Hyderabad Bangalee Samity is an eighty-year-old organization involved in a variety of philanthropic and cultural activities, of which the TBFF is a part. Interestingly enough, the Telangana region boasts of a ten-lakh strong Bengali population for whom the festival is a godsend opportunity to keep in touch with their roots, particularly when it comes to cinema.

The festival, held in association with the Department of Language and Culture, Government of Telangana, started in 2017 over a casual conversation with Bengali superstar Prosenjit Chatterjee. By its third edition, in 2019, it had become a hugely successful property. Just as the festival was looking to spread its wings, the pandemic intervened and the 2020 edition had to be cancelled.

For a festival that had just begun to find its roots, it was a body blow. As Festival Director Joy Kumar Dutta says, ‘The initial challenge for the festival was to scale it down after the grandeur and extravaganza of 2019 where we had nearly 70 delegates from the film industry and fabulous response from corporates and probashi Bangalis (Bengalis settled out of Bengal).’ He continues, ‘However, as we started talking to people and a basic framework evolved, the festival committee got more confident and we started getting confirmations from the delegates, sponsors, and our core audience. The response really overwhelmed us and taught us a key lesson - that if we are honest, committed, and passionate about the festival, nothing can hold us back, not even a pandemic.’ 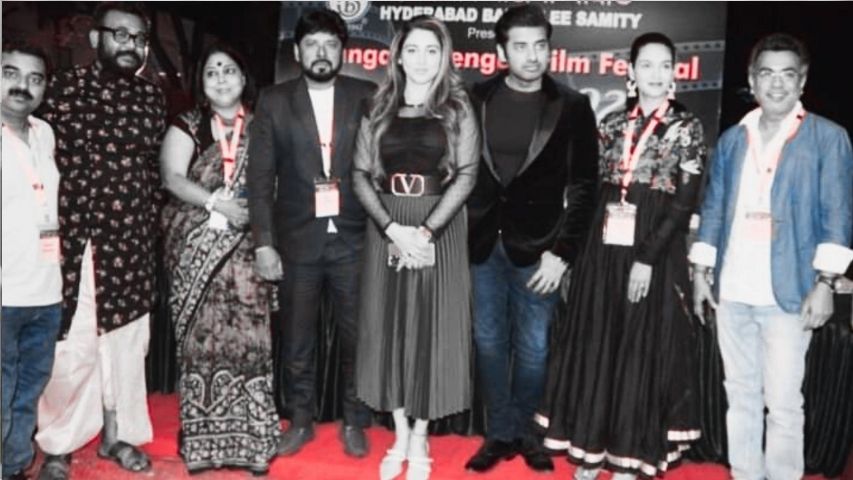 Bappa Majumdar, secretary of the TBFF, adds, ‘There were multiple challenges when I planned this year’s edition. I wasn’t sure whether I would get the backing of the Hyderabad Bangalee Samity. We had saved some money from the 2019 festival but that wasn’t enough to get the ball rolling. The first task was to convince the executive committee and the board of trustees that as a sociocultural organization it’s our duty to also ensure that we do our bit to persuade people to adapt to the new normal. It’s our job to keep the festival going. Once that was done and the Samity gave me a loan of Rs 5 lakh, I set the ball rolling. The other big challenge was to get sponsors on board. Thankfully, they were convinced about the cause. The government’s backing was very encouraging and soon the venue partner Prasad group also realized we collectively need to take the first step to bring back people to the theatres. Many people, especially old-timers I met at the festival, said they were living a life of gloom and despair, caught in the pandemic, but the festival gave them an opportunity to smile and live life outside their homes, laugh, rejoice, eat and indulge in adda at the festival.’

The festival this year was notable for bringing to light the works of absolute newcomers to the Bengali film industry. Of the six films that were screened, three were helmed by debutant directors: Bappa’s Shoherer Upakatha (the first-ever film adaptation of a Badal Sircar play), Joydeep Mukherjee’s Aakash Ongshoto Meghla (a hard-hitting tale of hope and struggle adapted from two short stories by Swapnomoy Chakraborty) and Ujjwal Basu’s Doodh Pether Gaachh (an enchanting parable of a seven-year-old speech-challenged boy in a village who hasn’t lost out on his quirky dreams).

If not for anything else, the festival needs to be commended for giving these new voices a platform. It isn’t surprising then that these films swept most of the awards on offer. Other films in the festival included Raja Chanda’s Ankush Hazra starrer Magic, Anshuman Pratyush’s Nirbhaya and Manas Basu’s Chhobiyal, boasting a wonderfully nuanced performance by Saswata Chatterjee as a photographer who ‘shoots’ dead bodies and eventually becomes obsessed with a dead woman’s photograph. 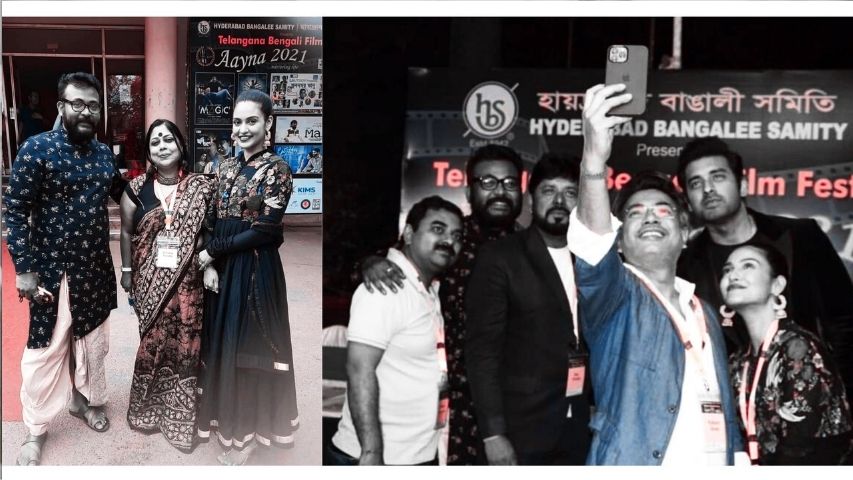 V Srinivas Goud, Telangana culture minister, who inaugurated the festival along with noted star Moon Moon Sen, spoke of the deep relationship between West Bengal and Telangana, and commended the Bengalee Samity and the TBFF for getting the festival off the ground in such trying and uncertain times. Apart from Moon Moon Sen - she was the guest of honor at the festival and was felicitated with the Maitreyee Award for her contribution to cinema across sixteen languages and as an ambassador for harmony - lighting up the proceedings was the presence of a galaxy of stars like Ankush Hazra, Rudranil Ghosh, Priyanka Sarkar, Joy Sengupta, Sreelekha Mitra and Gaurav Chakraborty.

Bappa Majumdar concludes, ‘Moving forward I have a dream to turn it into a festival celebrating regional cinema. We all go gaga over Bollywood films but do we really care about regional films? I am in touch with several states and their stars who will all become film ambassadors for their respective languages. Together we will turn it into India’s biggest film festival. That was Bumba-da’s (Prosenjit Chatterjee) dream and I am in touch with him about this. He will be Bengal's ambassador.’