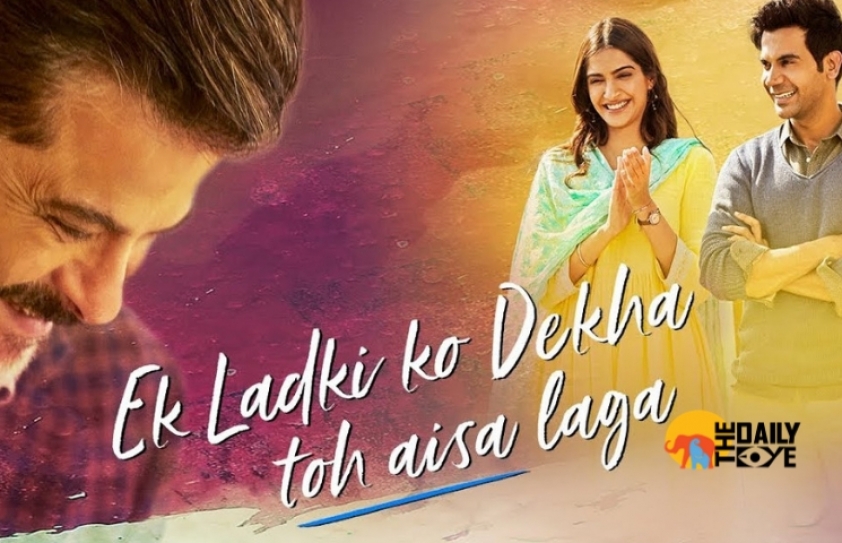 ‘Ek Ladki Ko Dekha…’ is not just an entertainer, but also a trendsetter

India waved the flag for homosexuality last September; many wondered what could be its results in the upcoming years along with the voices of the society. Yet now, Bollywood has taken the break and stepped out of the box in introducing a new lesbian ground-breaker film directed by Shelly Chopra Dhar. The film features the star presence of Anil Kapoor and Sonam Kapoor Ahuja as the father – daughter pair.

Ek Ladki Ko Dekha Toh Aisa Laga is first mainstream Indian movie to show family coming to terms with daughter being gay. Etimes reports the film as an unconventional tale of finding love and acceptance. Sweety (Sonam K Ahuja) runs into Sahil Mirza (Rajkummar Rao) at a theatre. Sahil falls in love at first sight. The film employs fair share of stereotypes to tell a modern and relevant story. Sweety belonging to a Punjabi family - Beeji (Madhumalti Kapoor), Veerji (Abhishek Duhan) and Papaji, Balbir (Anil Kapoor) bring in the ideal family drama. The film focuses on how the girl is breaking the so-called stereotype and other social stigma with the help of her own emotions and comes out to confess that the romance between the boy and girl won’t materialise. The sentimental touch in the second half by the father coming in good terms with his daughter’s sexuality and emotions gives a glimpse of the modern understanding.

The film was in screens on February 1 (Friday), pioneering a blockbuster release of the Indian Cinema. Fire, a 1996 film that featured a lesbian relationship, resulted in cinemas being trashed by mobs of fanatical Hindus. It is also a part of a strategy to project the film beyond the liberal enclaves of Delhi, Mumbai and other major cities, where art house and independent films about same-sex relationships have already screened to small audiences. “Nobody wants to be preached at,” Dhar says. “Our culture is steeped in storytelling and folklore and following by example. Cinema has come into our lives and taken over that role, it is the socialising agent. I’m not telling [audiences] what is right, but they can experience it through my characters.”

Earlier Indian mainstream films that addressed homosexuality have framed it as something radical, says Raja Sen, a film critic with the Hindustan Times. In Fire, the female protagonists sleep together out of frustration because their husbands have renounced sex. In Heroine (2012), the main character “gives into lesbianism as part of her moral decay”, he says.

Dhar says deliberately that the film is set to break stereotypes out of the major city. “Critics say, [homosexuality] is for modern people, it has come from the west,” she says. “I’ve broken that.” But the ultimate success of the film depends on its level of entertainment. “The golden rule of cinema is entertainment,” she says “And if you don’t follow that, it’s not cinema.”