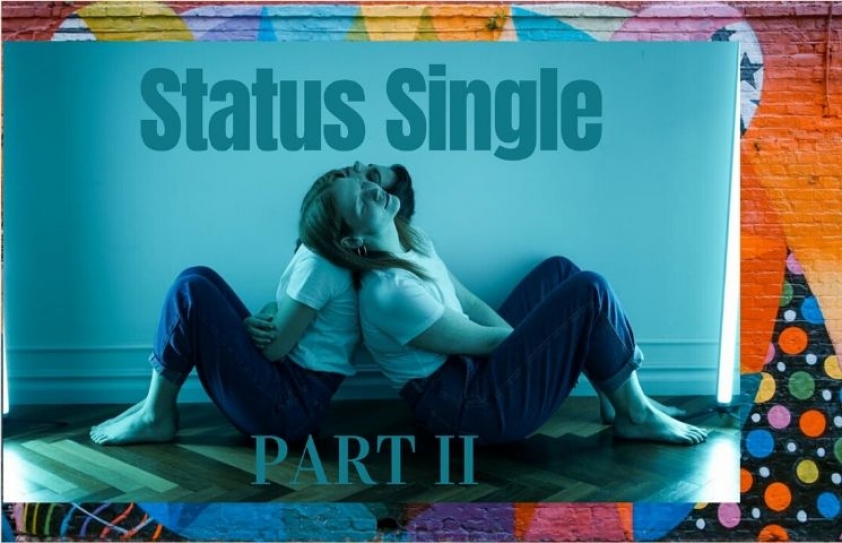 Sreemoyee Piu Kundu says, due to the Covid-19 lockdown, many women are walking the tightrope of working at home and also working from home.

The virus outbreak has highlighted women’s economic insecurity to the forefront. A survey by the Kaiser Family Foundation claims a much larger proportion of women worry about loss of income due to disruption of work caused by Covid-19 as compared to men. Under “normal” circumstances women already face a significant wage gap and alarming rates of attrition.

A 2016 Columbia University study reveals that women who have lower income than male counterparts (when matched across age, education, industry, marital status and other factors) are twice more likely to be depressed and six times more likely to suffer from anxiety.

Winner of the prestigious 2017 Bala Kailasam Award for journalism, independent journalist and writer, 36-year-old, Sohini Chattopadhyay, who is also an only daughter asks me if I have my driver. It’s still the early days of the Covid-19 spread, on the threshold of the Junta Curfew and I ask why.

‘Need to stock up medicines for my paternal grand-father (who is bed-ridden), adult diapers, his feeding pipe and immune-suppressants for my father,’ Sohini had texted back, urgently, sounding every bit the meticulously planned and emotionally invested solitary caregiver she’s been, for the past few years.

Ever since a phone call in London, where she was on a writing fellowship, changed her life path. ‘My father was diagnosed with liver disease… until then he had been healthy. That was a critical moment in my writing career where I would need to network, learn the ropes… an agent in the UK was also interested in me writing what would be my debut novel, perhaps,’ she looks back, adding after a while, ‘my life was put on hold. I made sure I was available… and though my mother after three and a half years of us looking after him, assured me that she could manage the situation, I felt guilty at how vulnerable my mother was. My father needed a transplant, which he was hesitant about and finally because he could not really make up his mind about this, I took the decision. Also, in 2016, my grandmother got really sick, being diagnosed with cancer in 2017.’ 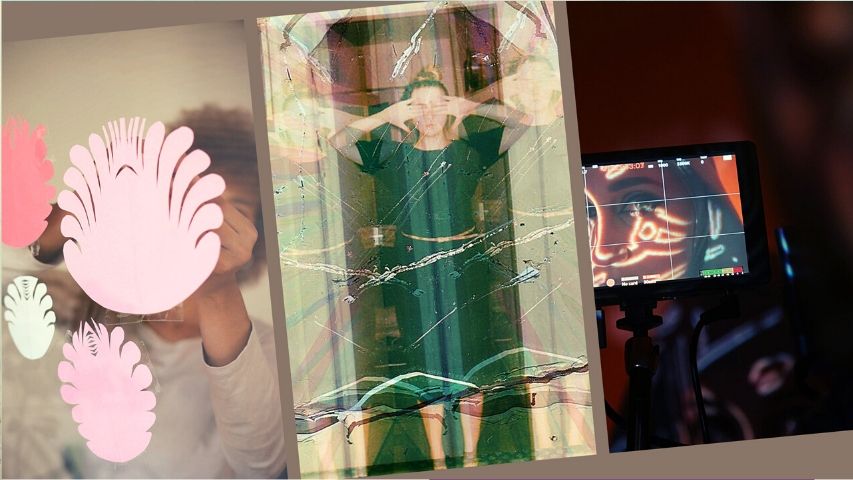 She passed away as Sohini watched over her own mother as the donor for her ailing father.

‘I noticed how in large hospitals, it’s mostly the daughters; wives or daughter-in-law’s who are the ones who bring patients for regular follow-ups. The son, well, he makes a grand entry on the day of the surgery… or when there is a death… sometimes, I would be bogged down by the enormity – physical, mental and financial burden of caregiving – I wished I could be the child who sends money for treatment and comes visiting for five days, maybe during a crisis’.

She adds, ‘If I was working still, in Delhi or was married and lived away from them. During those years with my father, I had no time and mind space to apply for the right job,’ reminisces Sohini, who finds herself unusually stretched, even now, as she manoeuvres between collecting data for her ground zero health reportage, hours of phone calls and transcribing them into articles, leaving home for medicines and supplies (her bed-ridden grandfather also lives with them) and managing his nurse.

The jostle for space, whether with kids or parents, or married siblings, the craving for companionship and sexual intimacy, the thankless burden of caregiving and the race to earn a livelihood and stay relevant – makes the periscope of single living in urban India, a many layered, complex and often, one that is spent under the shadow of silence.

Thirty Four-year-old radio presenter, gender activist, theatre performer and top advertising honcho, based in NCR, Saumya Baijlal who’s been battling depression for the last several months, and stays with her ageing parents, puts it in perspective. ‘I’ve had the tendency to be reflective for as far as I can remember. Many have accused me of being a masochist almost - who also abuses the luxury of having a heart broken almost in a pattern- albeit not frequently repeated.’

After a brief silence she continues, ‘I’ve tended to isolate myself often, with pretence as my strongest alibi, where if you didn’t know what was happening and I didn’t give you access or permission to know, you wouldn’t find out what it was. Grief is private, but often it reaches levels where sharing it is the only alternative. And yet, one stalls oneself from sharing exactly what we feel.’ 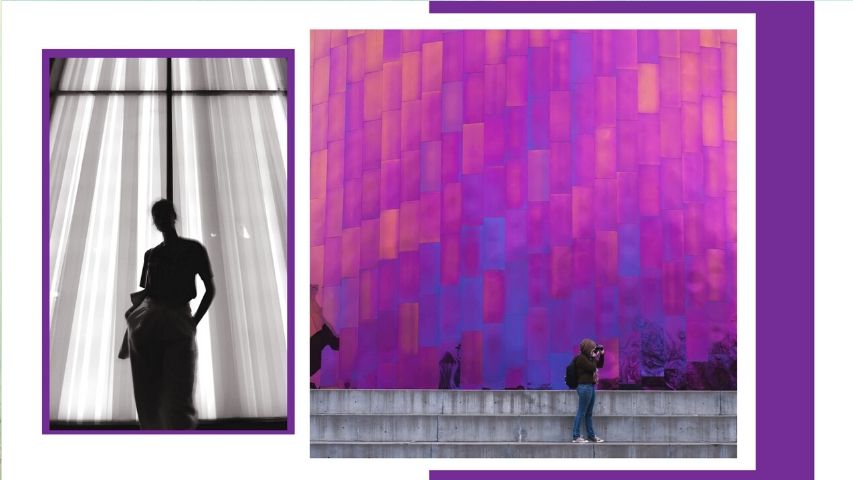 Then she says, slowly, ‘I used to love films, music, writing, poetry, reading, talking, going out, eating - I do neither now - maybe just read and write since these aren’t boisterous, visible, articulate activities. But even doing them, sometimes re-reading a book, feels like a friendly wave that one has missed.’

On a particular evening, the same week as I pen this piece, Saumya confesses to having wept for hours and hours. ‘The roles change, you know. As parents, they are vulnerable, too. They want me to be well and there’s this expectation of always existing within a set routine. And while my folks have been totally empathetic and me open with them, they cannot understand what I am undergoing. It’s also about this idea of space.’

I listen to her intently and she goes on to say, ‘That’s where conflict really starts – now that we are in each other’s faces, twenty-four by seven. Sometimes, I scream at my mother, and she breaks down. Depression carries with it a lot of societal shame and stigma, too. Most often it’s ascribed to a woman’s unmarried status – barrenness… I look at my mother’s reaction as somewhere her probably feeling like failure to be a good mother which patriarchy has sanctioned to exist by saving your child, instead of preparing them for life and its myriad vicissitudes.’

As I scribble my notes, I ask her, if what we are witnessing – is a human rights crisis? One that is unmasking the true character of family, corporations, society, governments – where our sex is fighting a far and our community, an even more violent one.

Are we simply more vulnerable, I question, myself, a sub-sect of an entire sex?

As the lines between breaking down and staying alive get blurred. 47-year-old, divorce, Arundhati Ghosh, Executive Director, India Foundation for the Arts says, ‘I don’t really consider myself to be single, since I am polyamorous. I believe that other relationships in our lives are as significant – parents, workplace associations, friends, extended family, etc. We are all multiple. I live by myself in the physical space of it and that’s my sense of singlehood, really.’

She says, ‘Ma (widowed) lives close-by and after the stroke (Ghosh suffered a cerebral stroke last year, around this time) it hasn’t changed and post moving in with her, for a few days after my hospitalization, I returned to my own apartment. We meet, and life goes on. The lockdown has changed many things. I am working full-time, from home, as life in the arts is extremely vulnerable. We are having to look after our own funds, the grantees who are already on board, conjure up what new roles we can play. It’s full on. One is feeling vulnerable within the organization, too, as we don’t know how long we have to wait and also what we are waiting for. Everything is in a flux, honestly.’

I ask Ghosh if being polyamorous makes it different?

‘Whether you are monoamorous or polyamorous, as an independent feminist woman who believes in a certain set of values and lives by them – loneliness will always be a steady companion whether you have one partner/lover/spouse or you have many,’ Ghosh answers.

She offers a speculative future, where, say the lockdown is extended for the next fifty years and we are told we cannot leave our current city to stay safe, ‘currently, all my lovers stay outside Bangalore and obviously I won’t live more than those fifty years – so will I never see them – will everything be virtual? I have wondered and will I, for my sexual intimacy and physical desires then have to geotag lovers to the same location? One doesn’t know. We are adapting. Still. Nothing is sure or fixed. But, we are dealing with it.’

I close my eyes and try to reimagine a new world order - one, sans lakshmanrekhas, to begin with.

A country made up of Indian single women, perhaps? According to the last census, that would be the 24th most populous nation in the world, ahead of South Africa, Canada, Australia, Saudi Arabia and more.