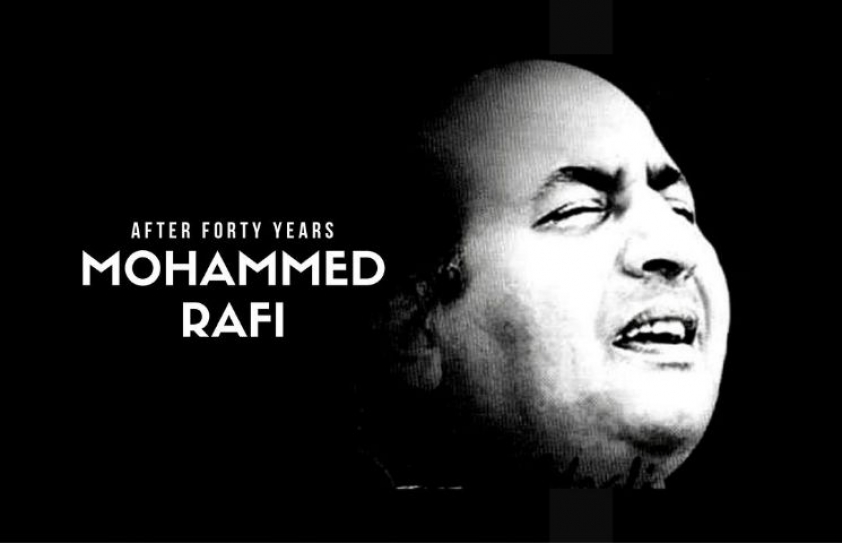 Anil Dixit exults about Mohammed Rafi’s imperishable legacy of songs, on the occasion of the legendary crooner’s 40th death anniversary.

I confess I write this one as a fan-boy. And yes, I prefer Rafi’s version of Tum Bin Jaoon Kahan, from Pyar ka Mausam (1969) to the one by Kishore Kumar - a topic that is a subject of much pointless debate between their fans to this day.

With that out of the way, let’s grapple with the task of writing about Rafi, 40 years after he passed away on that rainy July 31. Let us begin with the vastly talented but underrated music director, Ravi. Despite a constellation of star music directors in the 1950s and  ‘60s, Ravi managed to be noticed and gave us some sparkling numbers with Rafi right from his first film Vachan right through the 1970s.

Chaudhvin ka Chand won Rafi a Filmfare Award in 1961 and Ravi went on to win Filmfare trophies for his music in 1962 and 1966 with hit Rafi solos, beating Shankar-Jaikishen both times. Ravi’s songs are exceedingly melodious with very clean orchestration. My collection of HMV cassettes throws up a long list of such gems. With each one Rafi demonstrates his unbelievable skills at presenting a romantic song.

Similar tonal qualities can be heard in some of Rafi’s songs for Khayyam in the 1960s. Jaane Kya Dhoondti Rehti Hai (Shola aur Shabnam), on Dharmendra. If I had to pick a song that demonstrates why Rafi towered over his contemporaries, this one would probably be the first to make it to that list. The song opens with a sarangi. With Kaifi Azmi’s lyrics and Khayyam’s score Rafi soon turns it into pure gold. 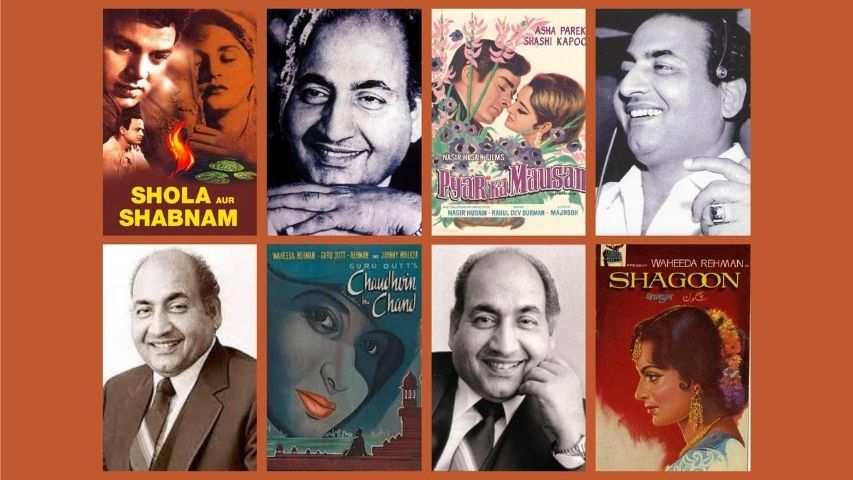 Not for him a scale too low or a scale too high. He just breezes through and the dard (pain) is unmistakable. It is impossible not to feel a lump in one’s throat as he sings Rakh Barbad Mohabbat Ki Bacha Rakhi Hai, Baar Baar Isko Jo Cheda Toh Bikhar Jayegi, in the second antara and he leaves you wanting for more as he rises to a crescendo in the third with Kaise Bazaar Ka Dastoor Tumhe Samjhaoon.

Rafi’s collaboration with Khayyam is of a very high quality and another song that would make it to a top-10 list would be Aur Kuch Der Thahar, on Rajesh Khanna in Aakhri Khat (1966). Rafi’s vocals sit perfectly on the actor’s slightly cherubic face. Rafi as usual does full justice to the song and the lyrics by Kaifi Azmi. Indrani Mukherjee is luminous as the object of Rajesh Khanna’s affection.

This came a full three years before Kishore’s Mere Sapno Ki Raani, which blew away all other playback singers from ever again competing for Rajesh Khanna’s playback. One is left wondering what might have been had Rafi sung the solos in Aradhana.

By the way, to round off Rafi’s combination with Khayyam, listen to his Shagoon solo Tum Chali Jaogi. It’s pictured on Waheeda Rahman’s real-life husband Kamaljeet as her hero in the movie. One of his final solos for Khayyam was for the movie Shankar Hussain (1977) – the beautiful track Kahin Ek Masoom Nazook Si Ladki. In the final years of Rafi’s career, he still managed to breath magic in to Kamal Amrohi’s lyrics.

Before we move to Rafi’s songs with relatively little-known music directors let us briefly stop over to highlight some of my personal favourites. These are songs that of course showcase Rafi’s virtuosity but are interesting as they were sung for music directors that are only heard amongst music aficionados and rarely ever make it to TV or music shows.

To list but a few: Phir Woh Bhooli Si Yaad Aayi Hai in Begana (1963). This was Sapan-Jagmohan’s first film. Chitragupta’s Oonche Log had a Rafi solo on Feroz Khan, Jaag Dil-e-Deewana and his Bhabhi (1957) had the chartbuster Chal Udja Re Panchi, pictured on Jagdeep who passed away recently. Incidentally, Jagdeep also had another lovely Rafi solo Paas Baitho Tabiyat Bahal Jayegi, in Punar Milan with music by C.Arjun.

The voice that rendered a sad song for Bhabhi would in the same year give us the power ballad – Rafi’s speciality – Mohabbat Zinda Rehti Hai, for Hansraj Behl in the movie Changez Khan. Probably the only music trio until Shankar-Ehsan-Loy came along was Lala-Assar-Sattar. Rafi’s Sangram solo for the trio Main Toh Tere Haseen Khayalon Mein Kho Gaya, is worth listening to as is his Mana Mere Haseen Sanam, for G.S. Kohli in Adventures of Robin Hood! 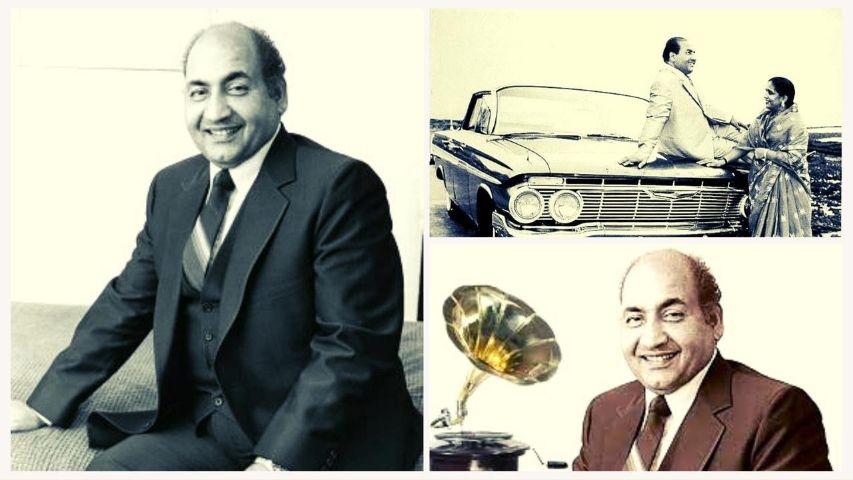 We will conclude with showcasing Rafi’s artistry for music directors and actors with whom he did the bulk of his work but in songs, which are anything but run of the mill. Let’s start with Johnny Walker, the premier comedian of the 1950s. You would have to see the video on YouTube to believe that Rafi’s Garib Jaan Ke Humko, is pictured on him. The movie is Choo Mantar with music by OP Nayyar.

Madan-Mohan’s work with Rafi for example in Suhagan (Tu Mere Samne Hai) is as good as his work with Lata. In the 1960s a new crop of music directors started elbowing their way forward. The foremost amongst them were Laxmikant-Pyarelal. Listen to their Chaila Babu solo Tere Pyar Ne Mujhe Gham Diya, as we finish the walkthrough of this genius singer’s vocals.

Everyone who worked with Rafi attested to the gentleness of his soul and his golden heart. And it is comforting to know that there used to be spotless people like Rafi in this most brutal of industries. We can at least listen to his songs and for a brief moment forget the cynical times we live in.