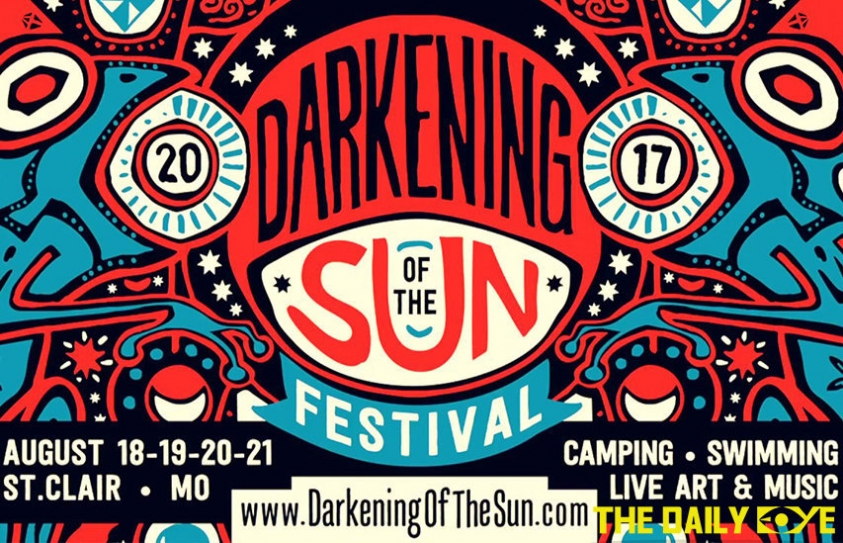 Drumming in the Darkness

As the world readies itself to observe a complete solar eclipse on the 21st August 2017, several people in the United States are preparing themselves for a different kind of celebration- a music festival.

During the solar eclipse dubbed the Great American Eclipse, the black-out will take place on the same day and is speculated to last only for around two to three minutes. It will be visible along a 67-mile wide path from Oregon to South Carolina, cutting diagonally across the entirety of the United States. Those living along the edges of the path- in Canada and the upper reaches of South America, will get to gaze upon a partial eclipse.

While all the astronomers are getting animated and ready to point their telescopes at the sky, another, more exciting event is being planned. Several people living in the path of the eclipse are gathering together to celebrate the blotting out of the sun with music.

Most of these music festivities began from the 18th of August, grabbing an entire weekend of eclipse mania. In St Louis, Missouri, Reggae artist Nahko and rock band Twiddle are among the invited artists at the Darkening of the Sun, the event at the official NASA viewing location. What was originally planned to be a small gathering among friends grew into a large open-for-all event as the owners of the land saw a chance to share their prime viewing location with others.

The event seeks to act as a cultural experience. The land that it is to be hosted on belongs to a native tribal council member, and the Darkening of the Sun has been sanctioned by Northern Cherokee Nation, says Eric Noble, executive producer of the event. Tribal Chief Grey Elk is set to hold ceremonies all weekend, telling stories around a fire ring, while pow-wow drummers perform around the festival. Members of the tribe will be vending and hosting exhibits all throughout the weekend, and part of the proceeds are to go to the Northern Cherokee Nation.

“Our entire team can feel the energy in the air,” Noble said. “None of us really know what to expect, but we all know whatever is coming, it’s going to be beautiful.”

Midnight at Noon is another festival planned timed to the eclipse. Set in Owensville, Missouri, it offers a more rural, small town feel away from the city, says coordinator Chrysa Niewald. They hope to draw more than 5,000 people to take part in a winery event called 'EclipseStock' and a Bluegrass festival.

With tickets selling for a steal- VIP passes cost $65-the only thing that eclipse-watchers should look out for is bad weather. However, as Niewald points out, it is fair weather season, and locations are miles away from light pollution coming from the city, practically ensuring a perfect viewing.

“Promoting tourism to our area during a once-in-a-lifetime event is our inspiration,” Niewald said. “We hope people will come, stay, enjoy and come back.”

Other festivals planned include SolarFest in Tennessee, Moonfest in Idaho and the Oregon Eclipse Festival in Oregon.