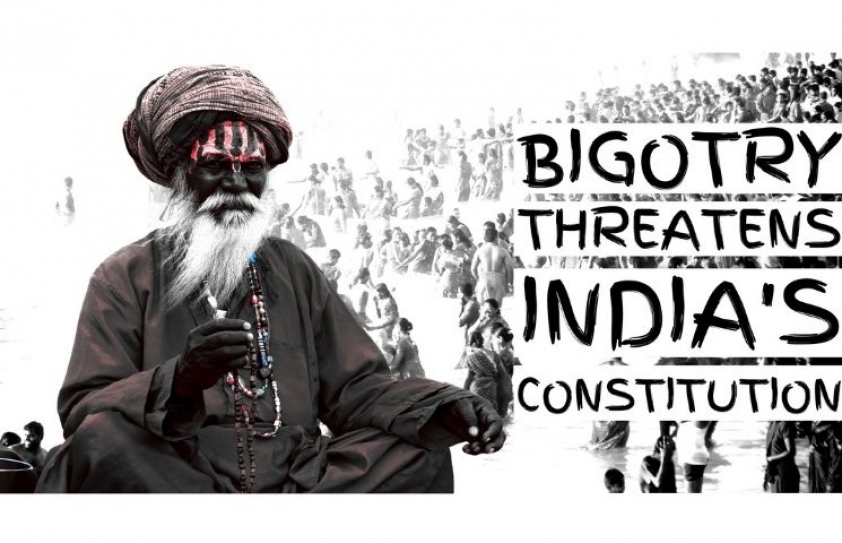 To defend India, we must protect the idea of India as Mahatma Gandhi, Sardar Vallabhai Patel, and BR Ambedkar envisioned it, writes SN Sahu

None of these stalwarts of the independence movement supported bigotry in politics. That is why the Constitution of India lays down a secular and inclusive state. This legal basis of India’s freedom is now threatened.

It is a paradox that the 75th year of India’s independence comes along with the willful suppression of its core ideals. These ideals, which the Constitution of India embodies, are indispensable to sustain the idea of India and are an outcome of our glorious freedom struggle.

Mahatma Gandhi brilliantly expounded one of the ideals; dissent, in 1924 and 1925. Further, Sardar Patel’s understanding of secularism is once again profoundly relevant. Last but not least, the first law minister and framer of the Constitution, BR Ambedkar, had urged political parties not to put their creed ahead of the nation.

Gandhi, Patel and Ambedkar can help us appreciate the meaning of independence and how to safeguard it. India’s independence is indeed in danger and from the ruling regime itself.

Today, the Prime Minister himself ridicules protesters as “andolanjeevis”. Dissenting voices face draconian laws such as sedition, UAPA and National Security Act. Many activists are in prison, and years are going by with no trial. Such incarcerations are contrary to the vision of Swaraj that inspired freedom fighters to liberate India from colonial rule.

Gandhi said independence flows from dissent. On 7 September 1924, Gandhi wrote in Navjeevan, “…criticism of the Government was considered sedition and hardly anyone dared to speak the truth.” Ninety-seven years later, these words resonate as section 124A of the Indian Penal Code (sedition) is frequently applied against students, journalists, human rights activists, and peaceful protesters. 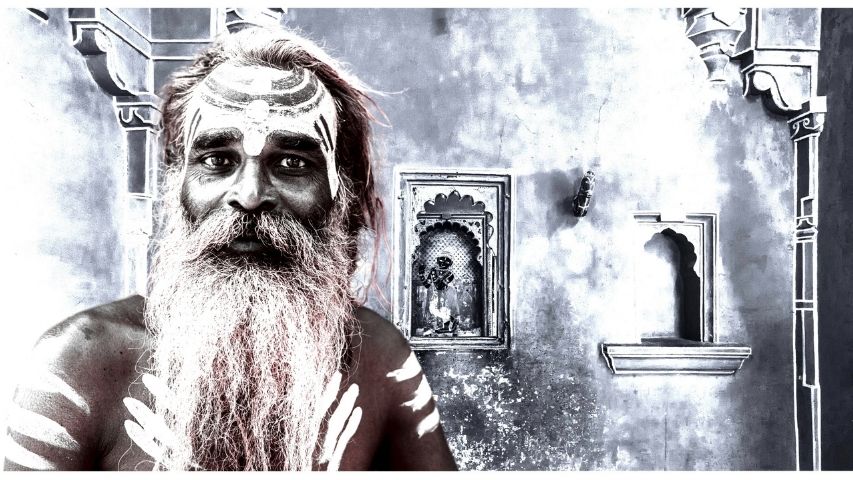 On 29 January 1925, Gandhi wrote in Young India, “Real Swaraj will come not by the acquisition of authority by a few but by the acquisition of the capacity by all to resist authority when it is abused. In other words, Swaraj is to be obtained by empowering the masses to a sense of their capacity to regulate and control authority.” Today, those in power are systematically weakening our capacity to resist the abuse of authority. Those who still dare to dissent the lack of deliberation and absence of consultation (particularly in passing legislation) get brutally targeted.

The ruthless suppression of criticism is the new normal. Independence gets negated if those who swept the 2019 general elections devalue democracy and freedom. To negate secularism is to curtail independence. The majoritarian approach of the current regime is subverting secularism, which, as the Supreme Court said in the SR Bommai case, is a part of the basic structure of the Constitution.

Yet, Narendra Modi ridiculed secularism in an address to his party workers after the 2019 election. He noted that the secularism of rival political formations was “fake” and called them out for not invoking the principle since his party, the BJP won the 2014 election. To imply that secularism no longer exists affronts the Constitution. It is doubly ironic that Modi and the BJP seek to appropriate the legacy of Patel, whose views on secularism are in the Preamble of the Constitution.

While moving the reservation proposal for Scheduled Castes and Scheduled Tribes in the Constituent Assembly in May 1949, Patel had said India was ‘laying the foundation of a truly secular democracy’. On 5 June 1949, Ambedkar said in the same Assembly, “…a healthy secular outlook is the foundation of true democracy.” On 8 October 1950, Patel addressed a gathering at Fateh Maidan, Hyderabad, in which he assured people, especially the Muslims, that as citizens of secular democracy, they enjoy equal rights.

That assurance stands belied as Muslims face the threat of mob lynching led by venomous Hindutva groups. In an illegal gathering of five thousand at Delhi’s Jantar Mantar, members of a Hindutva outfit recently raised violent anti-Muslim slogans demanding that they say “Jai Shri Ram” or face death. The organizer, a Supreme Court lawyer, is a member of the BJP. Then we all saw the visuals of a poor Muslim man being thrashed by bigots as his five-year-old daughter cried and pleaded he be let go. 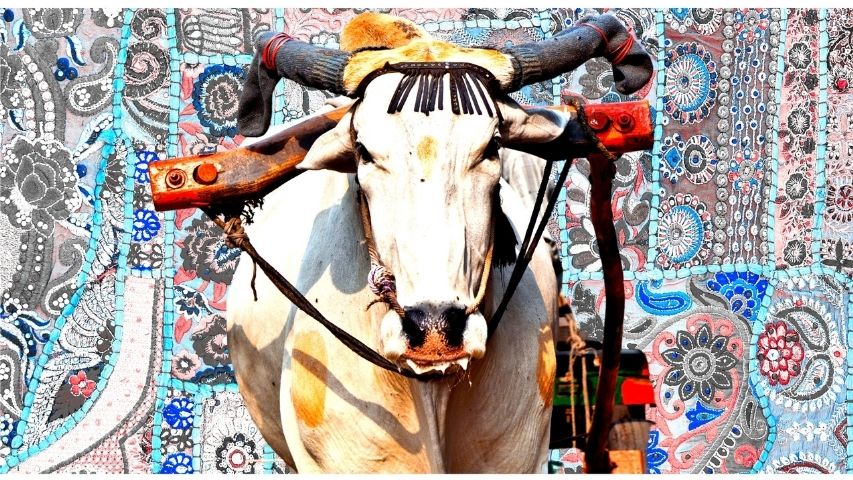 India has passed anti-beef consumption and ‘love jihad’ legislation to target Muslims, other minorities, and the poor. They expose the grievous attacks on the right to life and secular values integral to the Constitution. So secularism is getting consigned to the debris of civilization. To do this robs freedom of its essence.

On 25 November 1949, Ambedkar warned the Constituent Assembly of the old enemies of caste and creed playing havoc with political representation. “Will Indians place the country above their creed or will they place creed above country?” he said, adding, “…if the parties place creed above country, our independence will be put in jeopardy a second time and probably be lost forever.” Yet, the ruling regime’s policies often prioritize creed over the country. The Citizenship Amendment Act, 2019, grants Hindu, Christian, Buddhist and Jain refugees from Pakistan, Bangladesh and Afghanistan citizenship of India. It excludes persecuted Muslims and makes religion a criterion for citizenship for the first time. The Indian Constitution and citizenship laws never made a place for religion as a criterion of citizenship. To accord priority to faith over nation spells danger for independence and the Republic, the core of which is secularism.

The Prime Minister has also said, last month, that 14th of August would be observed as Partition Horror Remembrance Day every year. The choice of date succumbs to the divisive two-nation theory and religious bigotry. While 14th of August is the Independence Day of Pakistan, the violence of Partition had started on the 17th August.

To commemorate such a day, that too at the level of the State, fosters religious hate. It attempts to rekindle bitterness and anger instead of ending the divisiveness of majoritarian-ism. It endangers the idea of independence, which is inclusive. It also grimly reminds us of Ambedkar’s warning that India would face calamities if it becomes a Hindu Rashtra.

Ambedkar had advocated measures to resist and defeat the idea of Hindu Rashtra. During a discussion on the Objectives Resolution in the Constituent Assembly, he tried to dissuade leaders who spoke of war on Muslims. He said, “…if there is anybody who has in his mind the project of solving the Hindu-Muslim problem by force, which is another name of solving it by war, in order that the Muslims may be subjugated, this country would be involved in perpetually conquering them.”

Therefore, we should be mindful of the danger to independence as envisioned by Gandhi, Patel and Ambedkar and take steps to defend it and our Constitution.