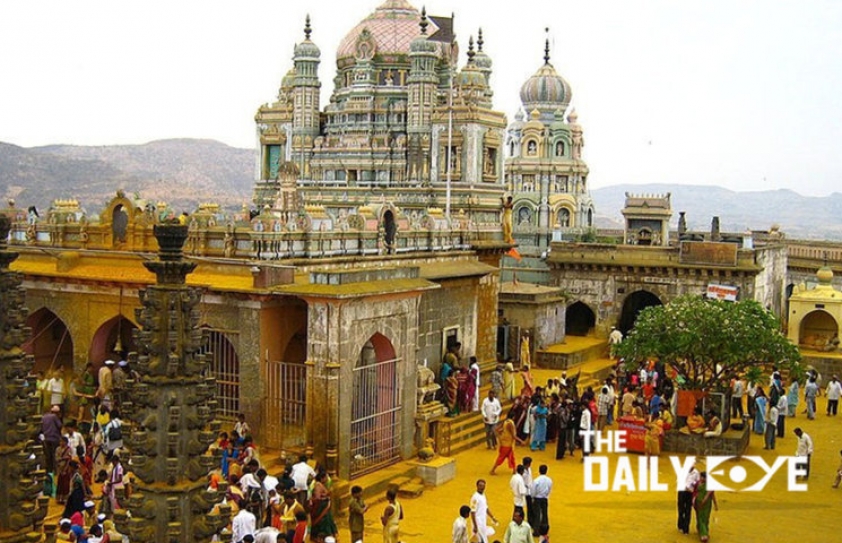 ‘Sonyachi Jejuri’: A Festival that paints the Town Gold

India is a land of colours and festivities.  A small town in Maharashtra, actually lives up to the name every August, with a whole lot of bright yellow turmeric thrown all around, and some energetic singing and dancing, the temple town of Jejuri in Maharashtra erupts in celebrations. Located 1.5 hours southeast of Pune in Maharashtra, the town draws 6 lakh devotees during this time. 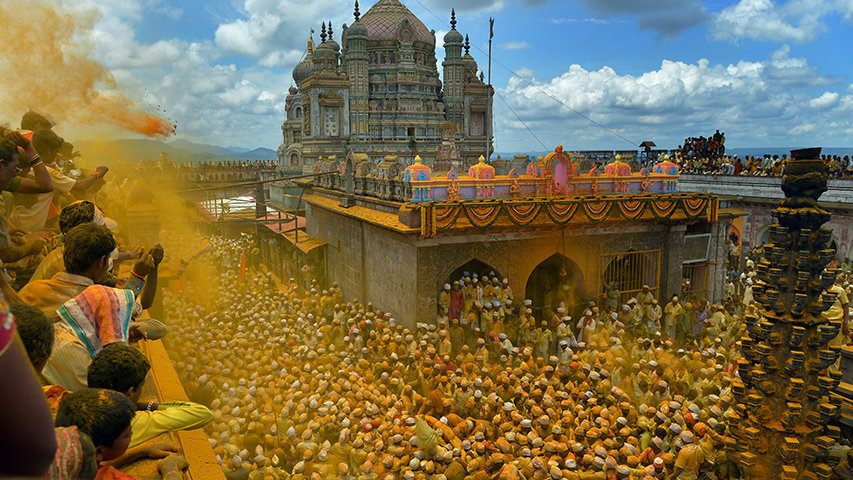 The deity Khandoba’s devotees make their way up a steep hill to meet their lord at the top amidst riotous showers of Bhandara, the colloquial term for haldi or turmeric. The entire stretch of the winding path becomes yellow-tinted during the journey. A random hand darting out of the crowd and daubing your forehead with haldi is a common sight during that time. By the time a devotee takes the hundredth step to the temple, Khandoba’s pilgrims would have showered turmeric on every passing person an idol. Even the temple dog welcomes the devotees by shaking out clouds of turmeric.

The Hindu reports that the Bhandara festival takes place almost three times each year. Known locally as ‘Sonyachi Jejuri’ or golden Jejuri, the festival begins with the ‘yatra’ of the idol and culminates in its immersion in the nearby Karha River. Devotees are served a feast at the ensuing ‘bhandar’ (food gathering). 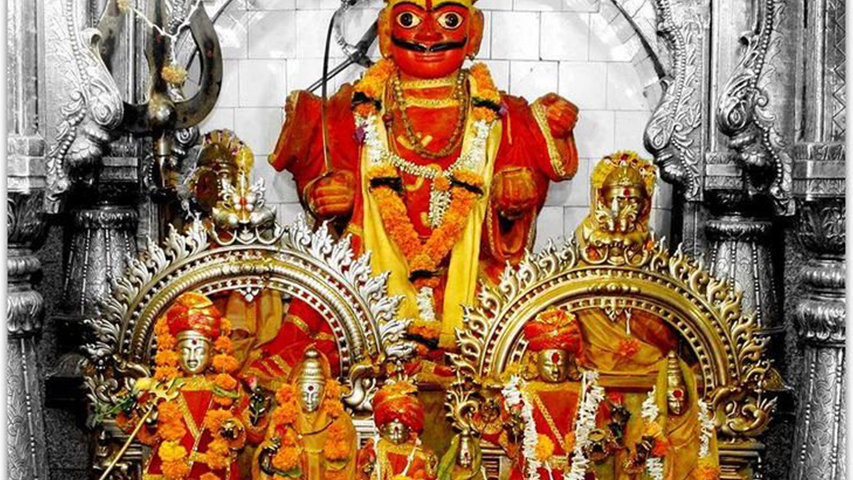 What the devotees are worshipping is Lord Khandoba, a renowned folk deity who lived around 9th century A.D. Khandoba is popularly worshipped across Maharashtra and Karnataka. His temple in Jejuba is the most significant temple of all the temples he has across Maharashtra and Karnataka. He was believed to possess qualities of Lord Shiva and his wives: Mhalsa and Banai - who were honoured as incarnations of Goddess Parvathi and Ganga, as reported by NDTV.

He is a significant Kuldevta (Ancestral God) worshipped in Maharashtra. He is also revered amongst the Dhangar tribe, herdsmen, shepherds, farmers and the nomads of the territory. His Idol is typically depicted with four arms, in one of which he holds a Bhandara-patra or the bowl of turmeric powder. Bhandara in Marathi means turmeric. Khandoba is worshipped with turmeric, bel fruit-leaves, onions and other vegetables. Some deities also offer him Puran Poli - or a bharit rodga of onion and brinjal.

Many devotees in different sects also revere the deity as a lover of non-vegetarian delicacies and offer goat flesh as one of their offerings. It is believed that a newly married couple must visit the Khandoba temple to celebrate their wedlock. Some of them also visit the temple when they want to make a wish for a child as Lord Khandoba is known to be the god of fertility among believers.

Devotees chant and shout out hymns in praise of Lord Khanoba. Immersed in turmeric, devotees sing and dance invoking the deity in their prayers. The procession sees thousands of devotees waiting to touch the palki or palanquin, which carries the deity for a bath from the temple on the hill to the Karha River. On the auspicious day the Palki is taken from the main temple situated at the hilltop carrying the idols of Lord Khandoba and his wife Malsha for a holy bath in the river Karha.

In the day-long celebration at the temple at Khandoba, devotees throw turmeric (which is the significance of gold) on each other and all around, filling the air and the skies in beautiful hues of gold. This is why the temple premises is called the 'Sonyachi Jejuri' which translates to 'The Golden Jejuri'.