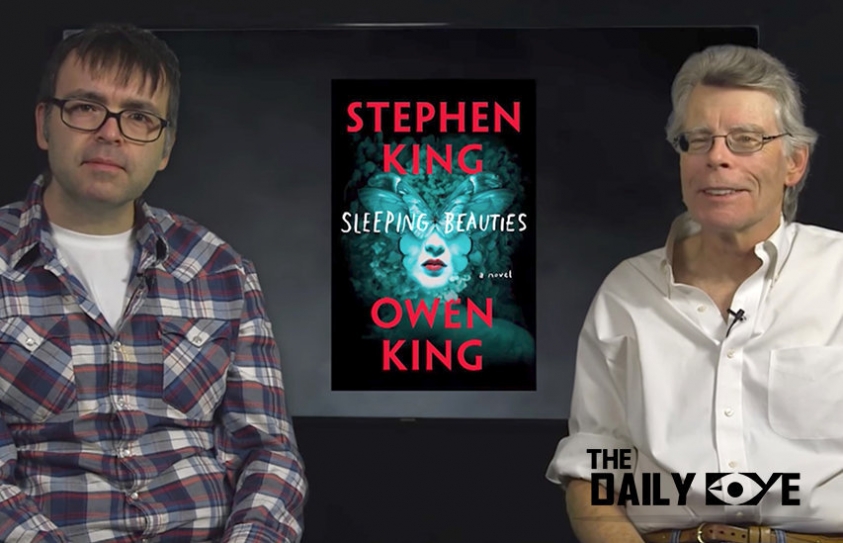 Twist In The Fairytale

What would happen to Sleeping Beauty if Prince Charming did not arrive to wake her up? What if women in the world went to sleep forever? How would the men cope?

Stephen King has collaborated it his son Owen to write Sleeping Beauties, a horror fantasy fable, a dark take in the children’s fairy tale. 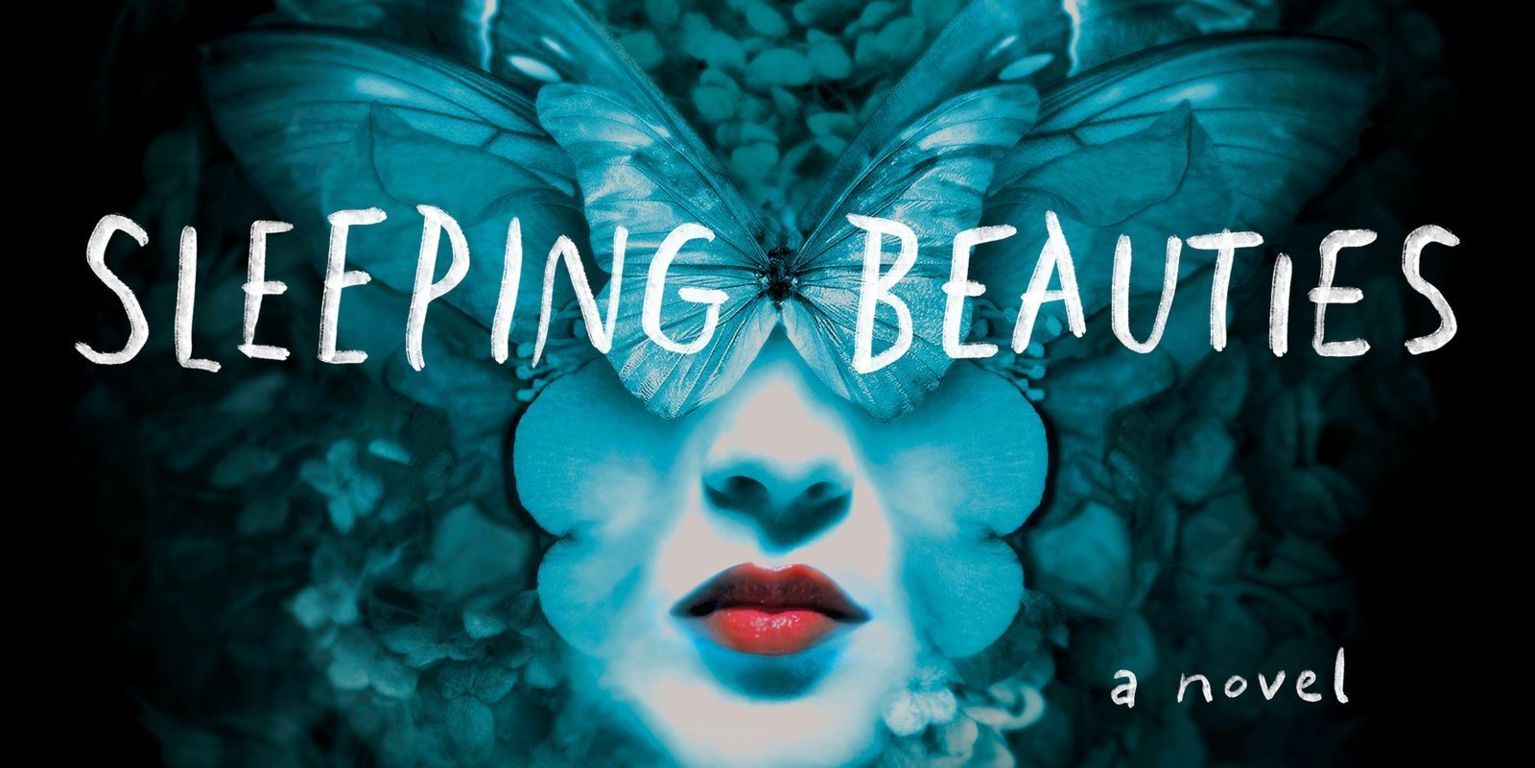 source:Cetusnews
Sleeping Beauties is set in a small town of Dooling, at the centre of which is a women’s prison. The town’s sheriff is Lila Norcross, whose husband Clint is the prison psychiatrist.  One day, Lila is called out to a crime scene, where a strange semi-nude woman who calls herself Evie, has killed two drug dealers and blown up their meth lab.

When Evie—who seems to trigger all manner of supernatural occurrences-- is taken to the prison, she is unperturbed. But slowly, women in the town start falling asleep, covered with a web-like cocoon. It they are disturbed, they violently assault person who attempted to awaken them. 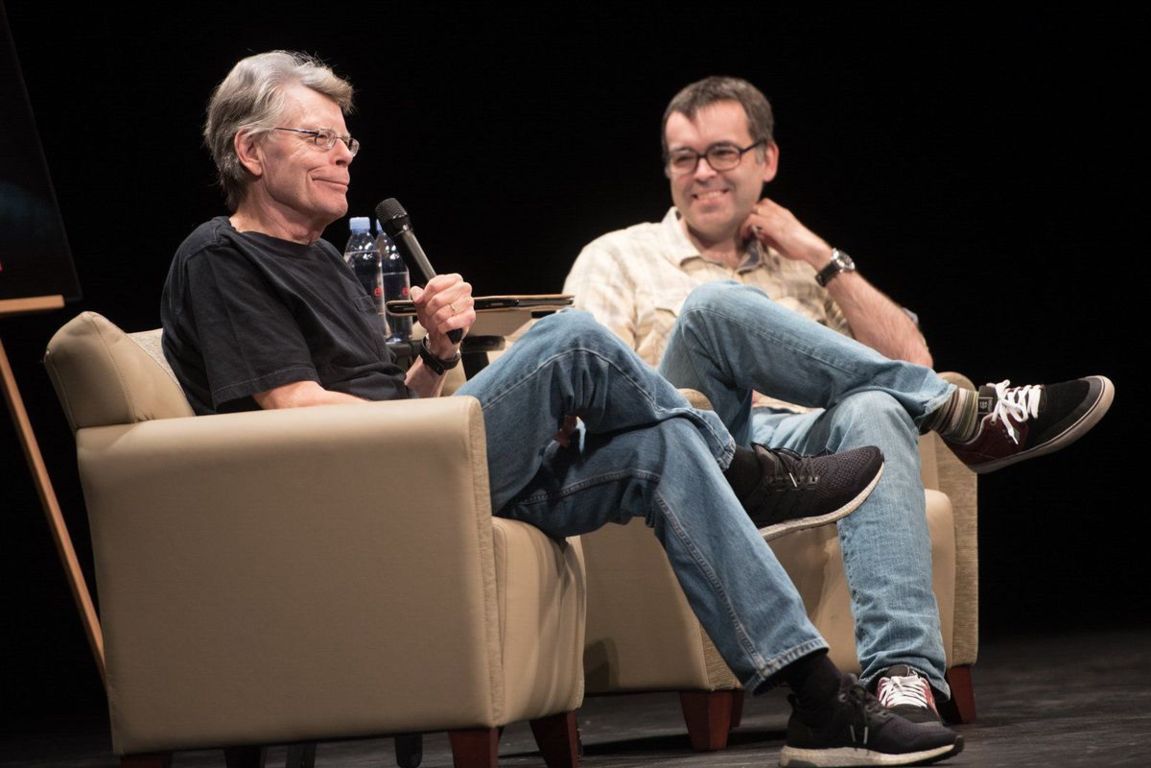 source:stltoday.com
This sleeping sickness, given the name of Aurora (after the heroine of Sleeping Beauty), spreads throughout the world, and baffles scientists. The Kings stay in Dooling, however, and write an intricate, somewhat overpopulated (70 odd characters, listed in the beginning) novel with multiple backstories, subplots and even a teen romance.

Women inside and outside the prison start dozing off and nobody can tell if they will wake up, or are gone forever. Lila and some of her police colleagues struggle to stay awake on uppers and cocaine. The town goes berserk, the hospitals are overrun by desperate families, medical supplies stores and supermarkets are looted and destroyed.

Eventually word gets out that the only woman not afflicted by Aurora is Evie. The town’s hothead Frank Geary, who wants to save his daughter’s life, instigates the men to arm up and attack the prison to capture Evie and send her to a lab to find an antidote. Dr Clint Norcross gets his posse together to defend the prison and save Evie.

The Kings write with perspicacity about what is means to be a man today—Frank and a bunch of school bullies think violence and aggression is manly.  Clint and Lila’s son Jared is kind and protective, but the girl he loves prefers a nasty thug-ish kind of boy.

Smaller stories unfold under the huge 700 plus page umbrella, Lila’s unhappiness with her husband’s possible infidelity, a tender love between two prison inmates, and, amusingly a Mercedes owned by a doped-out doctor makes an appearance.  (Stephen King’s novel Mr Mercedes was a bestseller with two sequels).

A fake social media post says that the cocoons should be set on fire to end the epidemic and hordes of rabid men go around hunting for women to burn alive. One soap box speaker rants that this virus is punishment for women wearing pants and trying to get ahead of men. In this apocalyptic scenario, gender politics rear up eventually—it would be a spoiler to reveal what happens to the sleeping women, but the novel tends to get dull and repetitive after a point. There was no need for so many characters that it is difficult to keep track of them—some are totally redundant.

What the book, rambling on over peace and war, asks in Evie’s voice, “I think it might be time to erase the whole man-woman equation. Just hit delete and start over. What do you think?”   As innumerable cases of sexual harassment and atrocities against women are reported, at least some must have wished for a world without such men. Sleeping Beauties gives a glimpse of such a world, and also why it is not a utopian paradise.