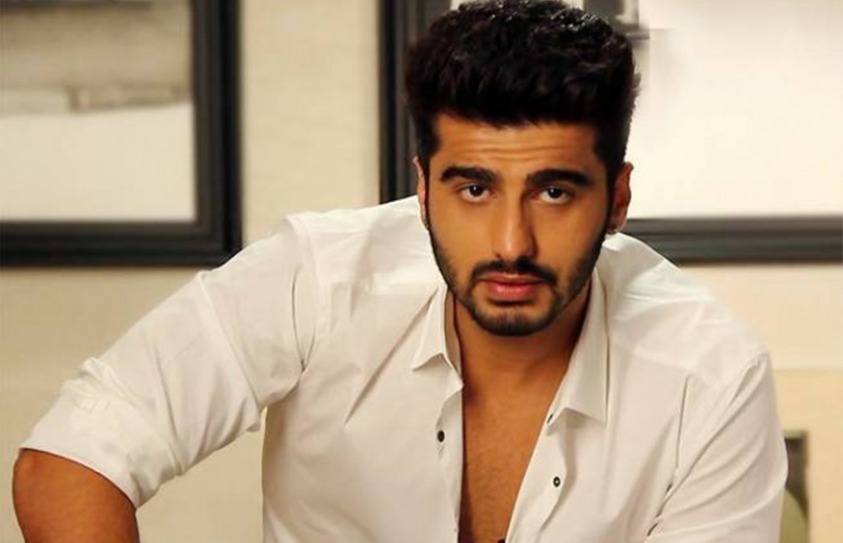 Arjun Kapoor Will Be Chief Guest At KASHISH 2017 In Mumbai

Actor Arjun Kapoor will be chief guest at the opening ceremony of the 8th edition of KASHISH Mumbai International Queer Film Festival. Arjun Kapoor, fresh from the success of his film Half Girlfriend that is currently running in theatres across India, will light the ceremonial lamp along with Nisaba Godrej, Executive Chairperson of Godrej Consumer Products at the opening of the film festival at Liberty Cinema on May 24, 2017. KASHISH 2017 - South Asia's biggest LGBTQ film festival will screen 147 films from 45 countries between May 24-28, 2017 at two venues in South Mumbai - the city's iconic art deco theatre Liberty Cinema and Alliance Francaise.

"I am happy to be part of a festival like Kashish Mumbai International Queer Film Festival as it brings together cinema from all over the globe for a relevant, important cause. The LGBTQ community needs a voice and support, and cinema is the most powerful medium to reach out to people. I think they have put together a fabulous line up of films," said Arjun Kapoor.

Arjun Kapoor will also unveil the festival catalogue along with other guests at the opening of the festival.

"We are absolutely bowled over that Bollywood star Arjun Kapoor is inaugurating the 8th edition of KASHISH Mumbai International Queer Film Festival," said Festival Director Sridhar Rangayan. "KASHISH uses the medium of films to brings marginalised lives into the mainstream and celebrate it. Arjun Kapoor's support to the cause is highly welcome and will be cheered by not only the community across India, but by everyone globally. KASHISH not only provides a platform for Indian and International LGBTQ cinema but also furthers the cause of good cinema."

American film Signature Move, directed by Jennifer Reeder and starring Shabana Azmi will be the opening film on May 24 at the festival, which will close with the accliamed Indian gay romance LOEV directed by Sudhanshu Saria and starring Shiv Pandit and Siddarth Menon in lead roles. Of the 147 films, 51 films will feature in the Competition Categories and compete for top awards that a total cash prize of Rs 2.25 lakh. The awards are sponsored by Anupam Kher's Actor Prepares, K F Patil Charitable Trust, Whistling Woods International and Wadia Movietone.

Founded in 2010, KASHISH MIQFF is held over 5 days at two venues. The festival this year will be held at Liberty Cinema and Alliance Francaise in South Mumbai. It is the first Indian LGBT festival to be held with approval by the Information & Broadcasting Ministry, Government of India. Voted as one of the Top 5 LGBT Film Festival in the world, KASHISH Mumbai International Queer Film Festival is South Asia's biggest queer film festival and the only LGBT film festival in India to be held in a mainstream theater. The film festival this year will be held between May 24-May 28, 2017, at two venues in South Mumbai – the city’s iconic art deco theatre Liberty Cinema and Alliance Francaise. Delegate Registrations are open on Book My Show https://in.bookmyshow.com/festival/mumbai-international-queer-film-festival