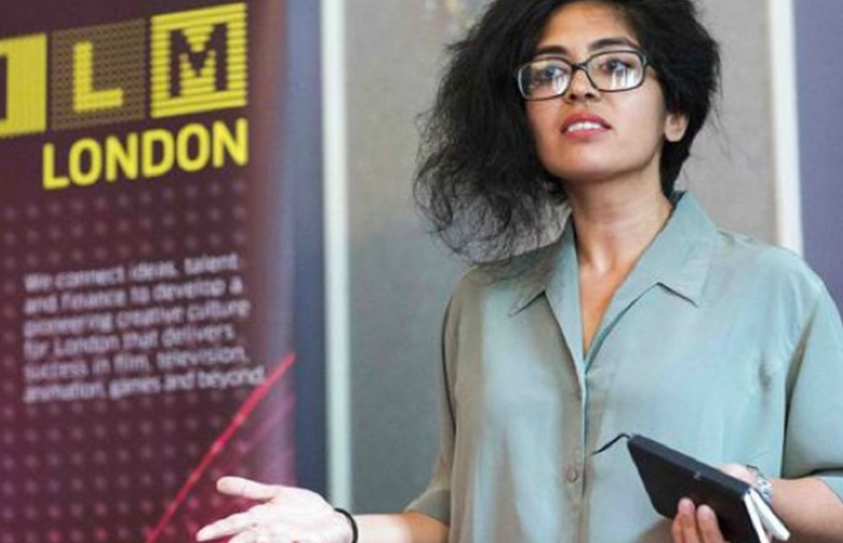 FICCI Frames 2017: ‘The Hungry’ Is A Rare Example Of Indo-UK Co-Production In 2017, The Indo-UK Year Of Culture

MUMBAI, 22 March 2017: In what is being described as a rare example of an Indo-UK co-production in 2017, the Indo-UK Year of Culture, Cinestaan Film Company and Film London’s have teamed up to produce ‘The Hungry’. The film, which is a contemporary retelling of Shakespearian tragedy ‘Titus Andronicus’, is set in the extravagant surroundings of an Indian wedding whilst exploring the role of the patriarch and corruption in Indian politics and big business.
At the session on ‘Indo-UK Year of Culture’, on Day – II of FICCI FRAMES 2017, the principal figures behind this Indo-UK co-production – Mr. Rohit Khattar, Film Producer & Chairman, Cinestaan Film Company, Mr. Adrian Wootton, CEO, Brtish Film Commission and Film London and Ms. Deborah Sathe, Director International Operations, Cinestaan Film Company – got together to share with the audience what it took to getting the film started in terms of the financing requirements.
The production is financed 50:50 by CINESTAAN Film Company and an Seed Enterprise Investment Scheme (SEIS) run by Bob & Co, with investment from Executive Producers Declan Reddington, Orion Lee of Constellation Creatives, and Ben Bond of Bad Owl Films, the newly formed features arm of Hoot Entertainment.
The promoters hope that the production of ‘The Hungry’ will inspire other story tellers and producers to do more Indo-UK co-production projects.
The British Council has expressed its delight at having played its part in bringing a brand new version of a classic Shakespeare play to life in such an original and exciting film, developed in a unique collaboration between outstanding Indian and UK talent.