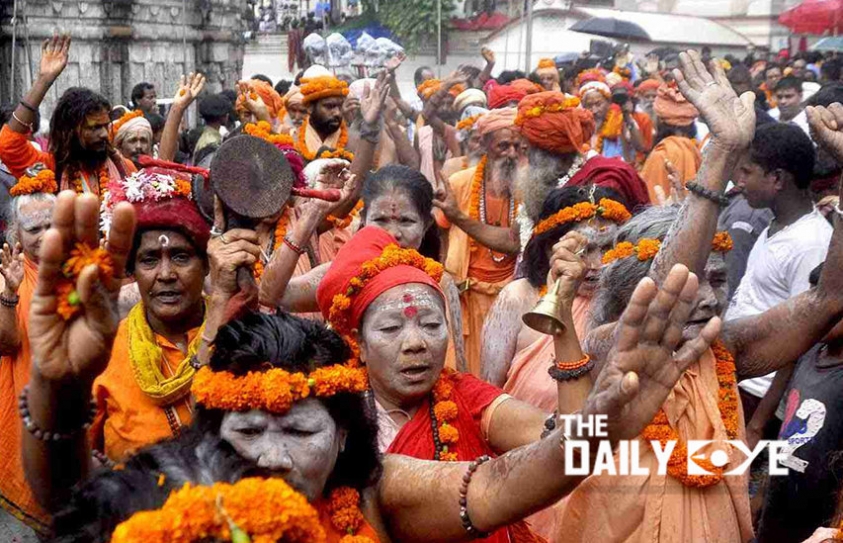 Ambubasi Mela: A Festival that Celebrates Fertility and Rejuvenation

Guwahati’s Kamakhya Temple organizes the Ambubasi Mela (also pronounced as Ambubachi Mela) which is a four-day annual fair. Legend has it that an angered goddess Shakti jumped into fire after her father insulted lord Shiva, who then performed the tandava while carrying Shakti’s burning body. If Shiva would’ve completed the tandava, the universe would’ve been destroyed. In order to stop him from doing so, Vishnu released his Sudharshan chakra that split Shakti’s body into 5 parts.

The Kamakhya temple is perched on top of the Ninanchal hill in Guwahati and is one of the most famous tourist destinations in Assam. It is also believed that in the early 16th century, the temple got destroyed. However, it was rebuilt by the King of Cooch Behar and was designed in a rather unique way. The temple has four prayer chambers: Garbagriha, Calanta, Pancharatna and Natamandiramong. The first and most important chamber leads to the sanctum of the temple which is in the form of a cave. Though the chamber does not house an idol or image of the goddess, there is a natural spring that resembles the womb of the goddess. 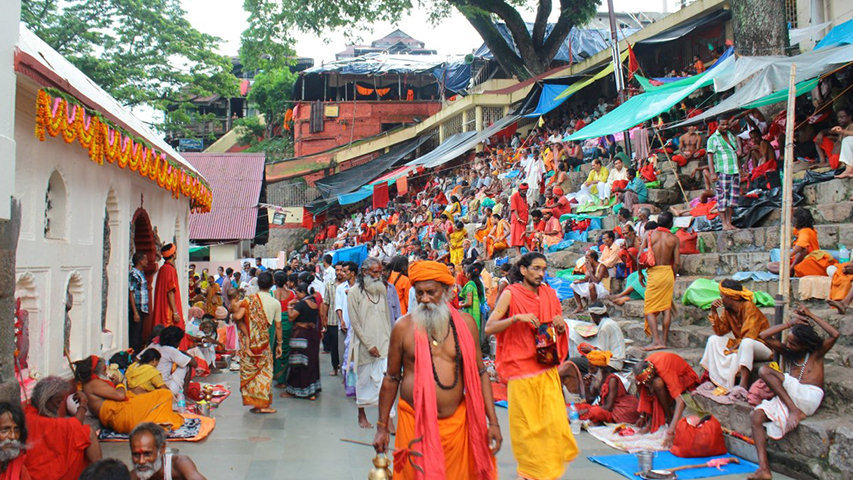 Every monsoon, in the month of June, lakhs of devotees gather to witness a phenomenon they consider sacred. The goddess bleeds! She undergoes ‘menses’ and rejuvenates her menstruation cycle. The proof of it is the water that springs forth from the idol of the deity inside Kamakhya temple. For four days, this happens. This period is considered to be holy and auspicious for all those immersed in Shakti worship and is called the Ambubasi Mela. The temple remains closed for three days and is opened to the public on the fourth day of the fair. During the Ambubachi Mela, people gather near the temple in large numbers. Various tantriks and sadhus who avoid making public appearances on regular basis visit the temple complex for the festival.

On the fourth day of the Ambubachi Mela when the temple is opened to the public, everyone looks forward to receiving a piece of cloth soaked in what’s said to be the goddess’s menstrual fluid.

Ambubachi Mela is one of the unique fairs hosted in India, a country rich with several festivals connected to celebrating the annual cycles of nature. The Ambubasi Mela is an acknowledgment of the power of nature as Prakriti. It celebrates fertility, rejuvenation and new energy, and brings inauspiciousness. More than anything else, it is a prayer to a living and breathing goddess.

If you want to take a break from the searing summers in the rest of the country during this time of the year, head to the Ambubasi Mela in Guwahati. You are sure to return feeling blessed!