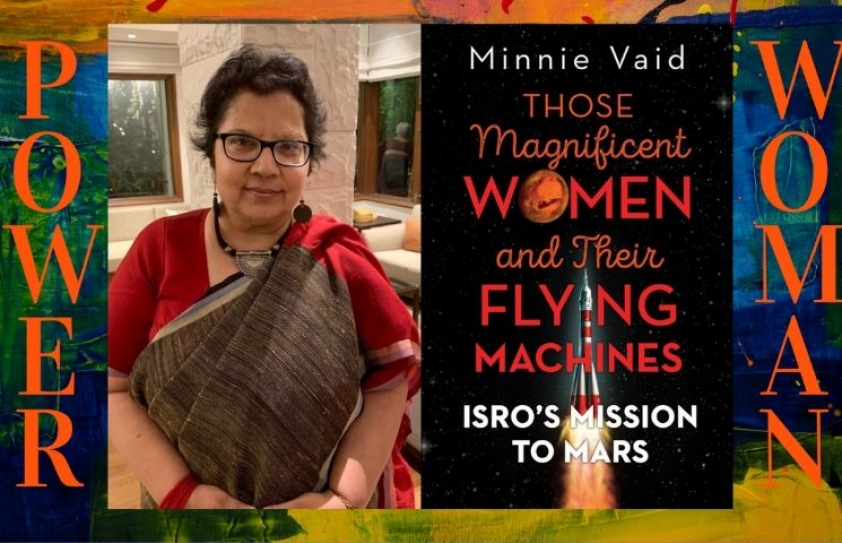 Those Magnificent Women and their Flying Machines

The more you want to know Mini Vaid the more there is to her that remains unknown. An author, filmmaker, journalist and television reporter,

Mini has worn many hats and at every step of the long journey that she’s left behind, she has made note of the several injustices that she

watched taking place around her.

On the eve of the release of her latest book, I talk to her to find out not just about her latest book, ‘Those Magnificent Women and their Flying Machines’ but also about her. I’m impressed beyond words. So will you be.

Here is what Mini Vaid tells me:

I wear many hats. I started out in print media with the Times of India group, was a reporter/sub-editor with the Illustrated Weekly of India when Pritish Nandy was the editor. After a most satisfying beginning to my media career, I went on to try my hand at television reporting with Newstrack, the video-magazine of the India Today group.

From pioneering television journalism to doing my own television show on rural India for BiTV and then onto Star Plus as an executive producer, it’s fair to say I tried out everything before settling for making my own documentaries under the banner of my own production house, Little Doc Productions. 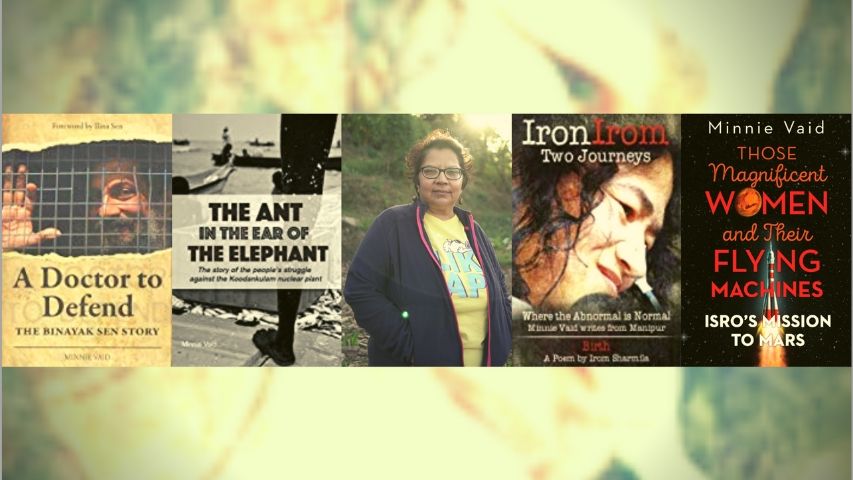 I also did a short stint as creative producer of Mumbai Mantra, the film company that Mahindra and Mahindra had started in 2008.

The next ten years would be the start of a new and energizing career as author of four non-fiction books, on Dr Binayak Sen, Irom Sharmila, the peoples’ struggle against the Koodankulam nuclear power plant and the latest—Isro’s magnificent women scientists.

After having profiled social justice crusaders Irom Sharmila, Dr Binayak Sen and the Koodankulam protest women, this latest book, Those Magnificent Women and their Flying Machines, Isro’s mission to Mars, is a distinct departure from that trajectory! Most of my films and books have a running thread of justice being subverted or simply not done, especially when it comes to marginalized people or those working for people on the fringes. I have tried in my own small way to highlight such cases of injustice. But I have also always profiled the lesser known, unsung heroes—male and female—as well as deserving causes or people.  The ISRO women scientists are deserving of far more attention (and their own space in the sun!) than they have received even though the spotlight has shone on some of those who were an integral part of the Mars mission. The work these women scientists do at ISRO, quietly and efficiently, and the way they lead their lives is a larger story well worth telling! And so I decided to tell it.

To be honest I didn’t know much about the Mangalyaan women scientists or ISRO either, beyond what I’d read in the papers. For the last 50 years since its inception, ISRO as an organization, is conservative and does not highlight their missions or launches till they are fully ready. I vaguely remembered seeing that iconic photograph of women wearing gajras in their hair and silk saris celebrating the success of Mangalyaan.

Two years later as an invitee for a women achievers conclave by the Indian Women Network, CII in Mumbai, I listened to three Mangalyaan women scientists—Ritu Karidhal, Moumita Datta and Minal Sampath. They spoke of how they ‘balanced’ their work and family and children and the germ of an idea for a book started forming in my head. From that September day in 2016 to the final published book in March 2019 was a long journey but meeting and talking to the scientists at ISRO was the most rewarding part!

This book aims to bolster and inspire the younger generation of girls to pursue STEM and their dreams by providing visible role models and new icons.

On March 25 this year, Mrs Maneka Gandhi, Minister for Women and Child Development launched my new book, titled 'THOSE MAGNIFICENT WOMEN AND THEIR FLYING MACHINES: ISRO's mission to Mars'.

In late 2013, the Indian Space Research Organisation (ISRO) launched Mangalyaan—India’s first inter-planetary mission—after just eighteen months, at a fraction of the cost of similar missions by foreign space agencies. The next year India became the first Asian nation to reach the Mars orbit and the first in the world to do so in its first attempt. This historic mission, among ISRO’s other great successes, had amongst its team, some of the most talented, dedicated and intrepid group of women scientists that the world has ever seen. Nandini Harinath and Ritu Karidhal calculated the spacecraft’s trajectory to Mars, besides overseeing the mission operations; Moumita Dutta and Minal Sampat designed the complex scientific instruments involved in the mission; while numerous other ‘Wonder Women’ have been instrumental in ISRO’s other path-breaking work. Those Magnificent Women and Their Flying Machines narrates the inspiring stories of these extraordinary women: how they overcame the gender barriers in a field dominated by men to achieve the impossible. The book profiles these women scientists as icons for the next generation especially young girls interested in pursuing STEM in India. How did these women scientists manage to overcome gender stereotyping, male biases, societal prejudices?

The book provides a window into the largely unknown and unfamiliar world of women space scientists in India—their initial struggles, their work and its challenges, their families and their triumphs.

Link to order the book :