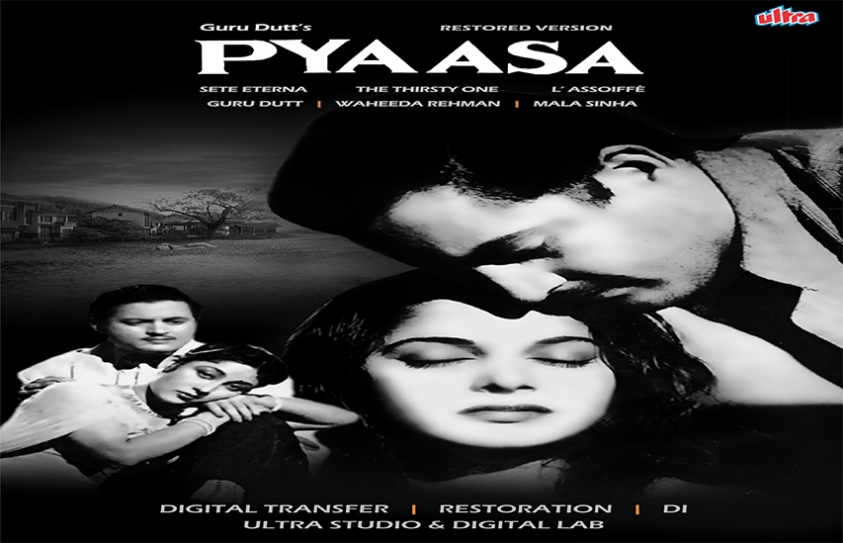 November 2015, Mumbai : “Pyaasa” a 1957 cult classic of Indian cinema will be the opening film in the “ Indian Classics” section n the 46th International Film Festival of India 2015,Goa.

The “Indian Classic section” in IFFI will have 8 more films that will be screened in this segment in the “Open Air Screening” format. The other films to be screened in this division are: Jait re Jait, Manthan, Bhavani Bhavai, Is Raat ki Subaah Nahi, Uttarayanam, Ek Din Achanak, Ajantrik and Do Bigha Zameen 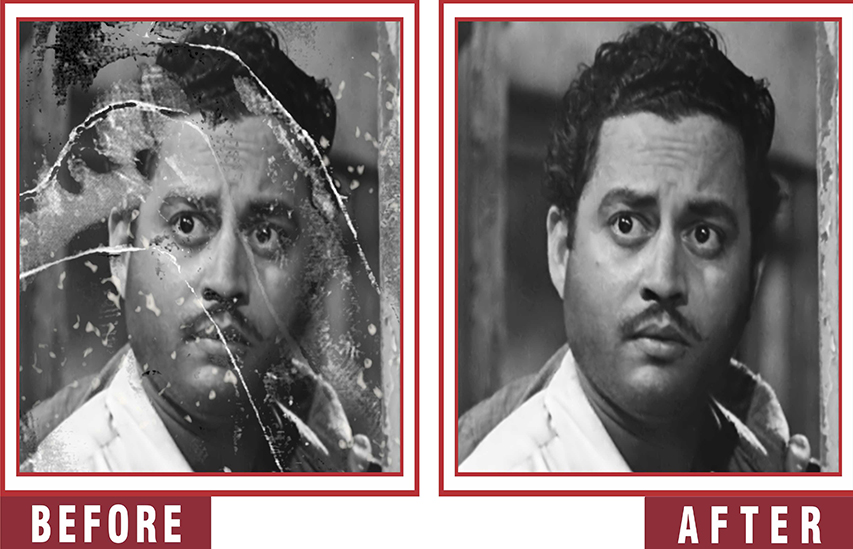 Recently Pyaasa became the 1st Indian film restored by an Indian company for a world premiere in the competition section at the 72nd Venice Film Festival. It competed with 20 other prestigious restored films from all over the world and received a spectacular response from the audiences. Pyaasa was also screened in the “restored classics” section in the recently concluded “17th Jio MAMI Mumbai” Film Festival. Ultra also will be re – releasing the film theatrically worldwide after this festival.

The “Indian Classics” section is dedicated to film makers who have had a distinctive and unique style of film making and whose films had an original yet a universal theme to appeal across all demographics. All the films in this section will be shown in the “Open air screening” segment in the Azad Maidan venue throughout the festival tenure.

The most challenging part in restoring “Pyaasa “was sourcing the authentic materials to complete the preservation. After much effort, Ultra found the original camera negatives of the film at an archive in India; however a lot of the parts of the negatives were either damaged or lost.

They decided to use as much parts as possible from the original Camera Negative and some parts were used from 35mm prints. A new digital transfer was created in a 2K resolution on the ARRISCAN film scanner. This in-house technology helped in applying a multidisciplinary, data-centric approach to the entire film’s restoration process. 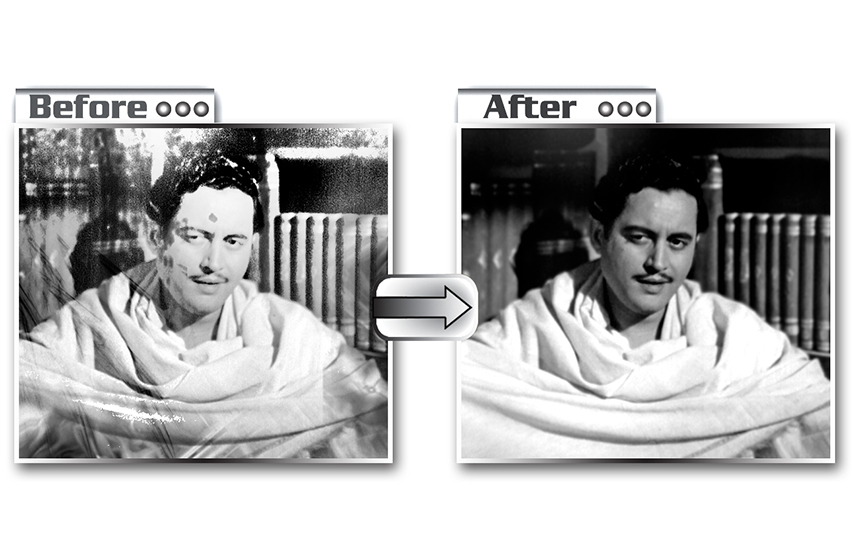 Once the complete film was digitally transferred, came the most challenging part of restoration. Thousands of instances of dirt, lines, scratches, splices, warps, jitters and green patches were manually removed frame by frame under careful supervision by experienced artists.

The in-house talented professionals used a specialized film content mending and defect removal mechanism in their repair process. They carefully selected the best way to restore this priceless classic to its original quality. 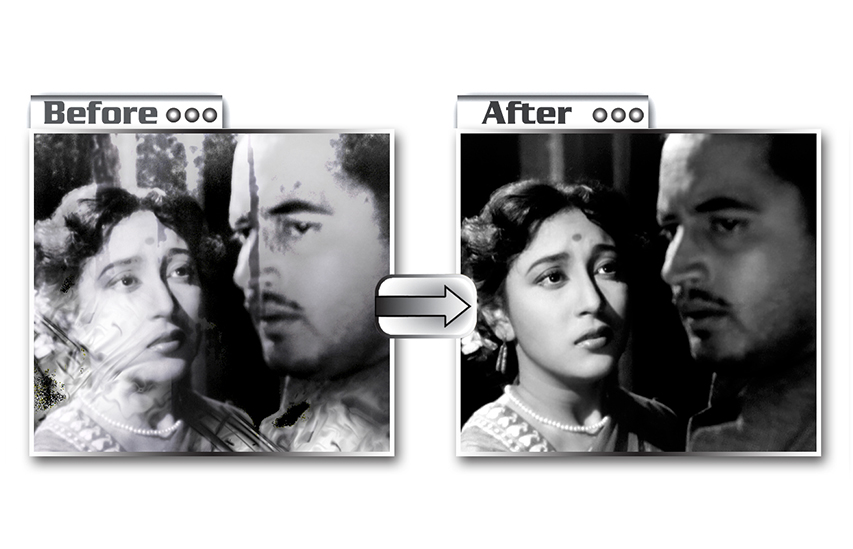 The original monaural soundtrack was remastered at 24-bit from the 35mm optical soundtrack. Clicks, thumps, hiss and hum were manually removed frame by frame at the sound studio of Ultra Media & Entertainment .The film will be presented in its original aspect ratio of 1.33:1.

On this momentous occasion, Mr. SushilKumar Agrawal, CEO, Ultra Media & Entertainment Private Ltd. said: “It gives us an immense pleasure to present a cult classic like “Pyaasa” in the renowned International Film Festival of India. There is a huge fan following of Guru Dutt all over the world who has not been able to see this ageless magic in its original form and glory. It took us nearly 4 months to restore this film frame by frame and we are happy that the final outcome of the restored version can now be seen in its original form. Out of the many classics that we have restored, “Pyaasa” has a special place in our hearts. It is one of the rarest gems of Indian Cinema and we take great pride in preserving it and showcasing it in this festival. We also will be releasing the film worldwide after its screening in this festival”