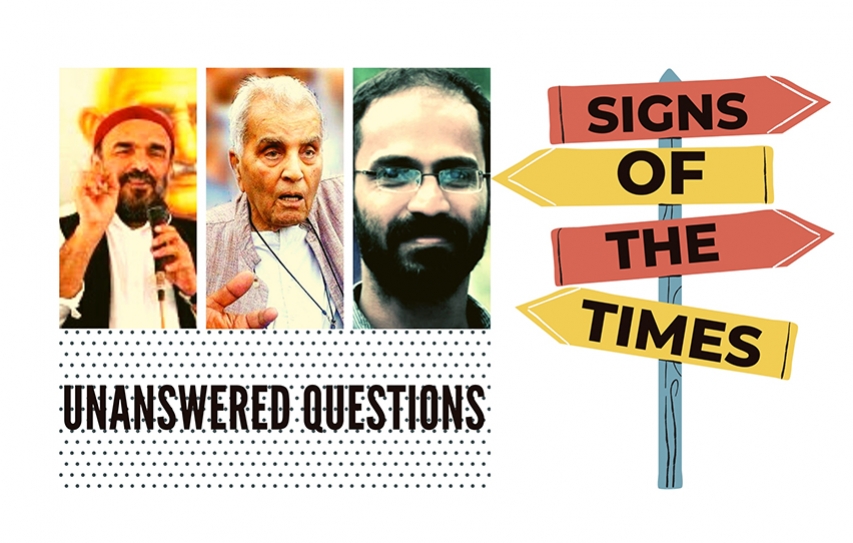 I’m not being a pessimist but a realist in stating aloud that these last eight months have been suffocating, different. Difficult; writes Humra Quraishi

They’ve been a complete contrast to what is called basic human survival. Emotionally sapping and draining. What with not being able to attend even funerals or condolence meetings of friends. In fact, a few weeks ago, when a close friend, Sushma Yadav, passed away in New Delhi, I couldn’t forgive  myself for not being there at her cremation. A strange sort of helplessness overtook me. And, I could meet Wasifuddin Dagar and his family after a couple of months of the passing of his elder sister Musarrat Dagar; also his French disciple Laurence Bastit. Until this day, I have not been able visit my friends Saroj Prashant and Roswitha Joshi – both of them lost their spouses earlier this month.

Too many of our friends and their loved ones are dying. The young and the not-so-young are leaving our world too quickly. With the news of death all around, one wonders what more is in store for us and yet to befall. Isn’t this level of sadness difficult to handle, therefore what will happen if sorrow, which is harder than this to absorb, hits and bruises us?

Coupled with the emotional stress is the political chaos and uncertainty. There are governments putting obstacles in way of love and marriages as though this is the time to discuss such things. Love Jihad kind of communal slogans are floating around. These are blatant intrusions into the personal lives of adults and deliberate attempts to deepen divisions of caste and religion!

Another disturbing thing is the arrest of young men who never did rebel in the first place. The journalist from Kerala, Siddique Kappan, was arrested when he was on his way to Hathras to report on the rape and murder of the Dalit girl. But before he could reach his destination, he was arrested and  imprisoned by the state police of Uttar Pradesh. Why is it that Kappan is not even allowed to meet his lawyers? Why has he been cut off from his colleagues, his family, his lawyers and the rest of us! Why should we be made to believe that he was on way to Hathras to cause communal tension? Strange isn’t it, that people belonging to the ruling  party, giving speech upon divisive speech are moving around freely, but a journalist got arrested on grounds of suspicion? 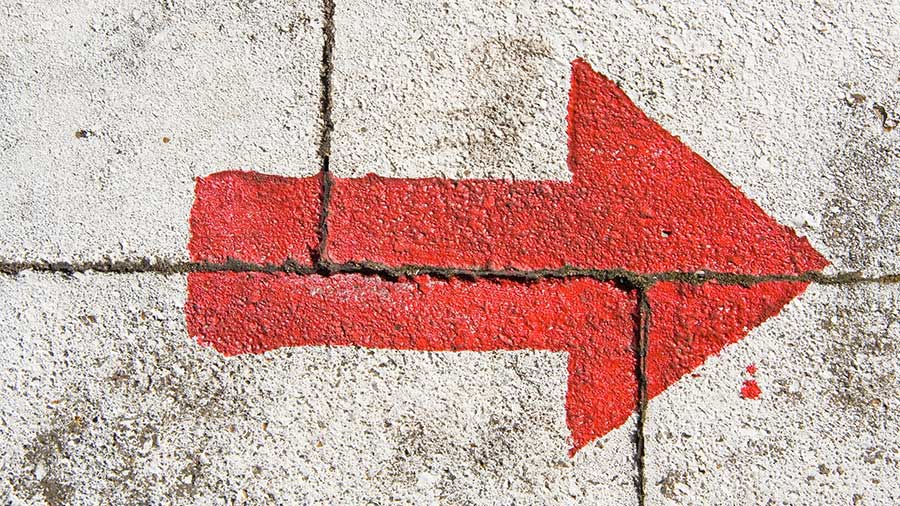 And I’m also baffled by the arrest and imprisonment of social activist, and  peace-promoter, Faisal Khan. About ten years ago, I had interviewed him for Times of India, soon after he started the Khudai Khidmatgar movement, in memory of Mahatma Gandhi and Khan Abdul Ghaffar Khan. And when I’d asked Faisal what prompted him to start this massive movement, he told me, “For the last 12 years I have been working as a full-time activist. I have been disillusioned and unhappy with the working of civil society at the grassroots. I don’t believe that speeches or seminars can actually reach out. We have to connect with the youth. So, we set up the Khudai Khidmatgar movement to connect with the masses, cutting across religious and regional divides. After all, Mahatma Gandhi and Khan Abdul Ghaffar Khan did exactly that and with so much of focus and selflessness. I want our youth to take the course of nonviolence. I strongly believe that no matter how hard-hearted a man can get, he loathes killing of human beings and it’s just that he has to be shown the path of nonviolence. The response we have been receiving is overwhelming, especially from young Indians. We have members from all over the country, from different sections of society and religions. A member must take out one day in a month to work for the masses, whether it’s in a jhuggi cluster or to teach affected children or whatever else is required. A member must also give/donate Rs 20 a year and take an oath to work for this Khudai Khidmatgar movement.”

He had also stressed that he wanted to bridge gaps and lessen divides, “We follow the path shown by Gandhi and Khan sahib. Our volunteers went to the Kumbh Mela with a peace delegation, distributed literature and interacted with others. We’ve travelled to Gujarat, where we conducted a sadhav bhiksha abhiyan along with the Kabir panthees, going from house to house and distributing booklets on harmony and peace. We also took a peace delegation to Ajmer Sharif, held a youth meet in Bhilwara, where a hundred young Hindus interacted with a hundred Muslims. Countering communal poison has to be an ongoing process. Just being there when a riot or a pogrom takes place is not adequate - poisonous communal propaganda has to be countered by sustained, focussed efforts, which we have begun.”

And when I’d accompanied Justice Rajinder Sachar for the inauguration of the Khudai Khidmatgar set up ‘Apna Ghar’ (situated close to the Jamia  Millia Islamia University, New Delhi), it was touching to see that this  ‘home’ was open to Hindus and Muslims, Christians and Sikhs, all those who don’t have a roof over their heads. A temporary refuge. And its there  that one met young adults from different faiths who were Faisal Khan’s   colleagues and co-workers and adhered to his philosophy of trying to reach out to people in need of shelter. It is shocking, the State arrests and imprisonments of  selfless persons  like  Faisal Khan! 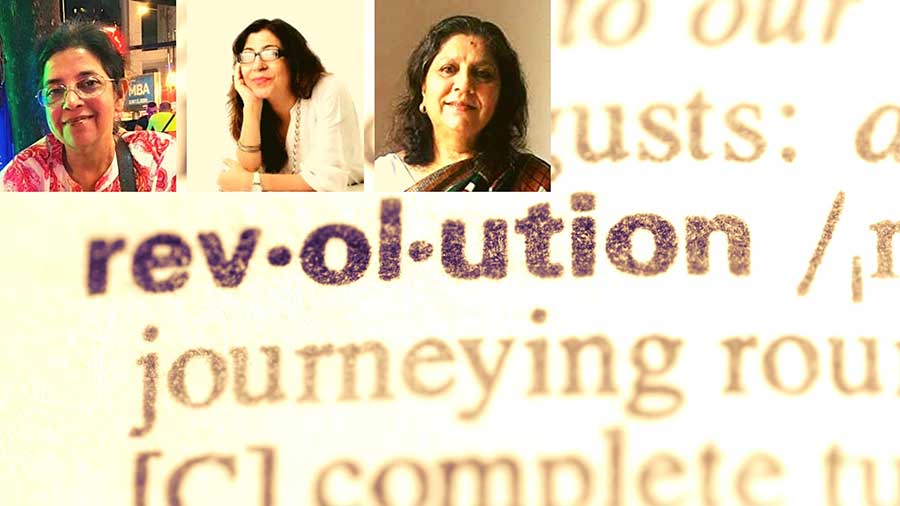 However, I will round up on a positive note:

In the midst of this gloom, two things stand out. One - Poets and writers have written books during this Corona crisis. Several have used this phase to not just write but also to self- publish, taking to online publishing.

The well-known Delhi based poet Jayshree Misra Tripathi has published  three of her books this summer: Cameos recollected in pandemic times, Uncertain times - a collection of poems and Conundrums and tributes in lockdown: From the sorrow of Unanswered Questions.

Writer Nilofar Suhrawardy brought out her poetry collection - This is Love! Poems on Love, Anguish & More.

And, Milan Vohra, India's first Mills and Boon author, states, “These are times when we must be kind to ourselves”. She used the months of the lockdown to re-visit and re-write her first book, 'The love asana' and ended up e-publishing it as 'Head over heels'. To  quote her, “Head over heels brings out the highs and lows, the twists and turns in relationships that involve power-play and the opening up of vulnerability that's a corollary to love. The bigger story is in the way the protagonists, while fighting their own inner demons, find their way to love by forgiving and acceptance.”

Another  positive  of  the Corona  phase is the news coming of the New Delhi based cop, Seema Dhaka, who traced 76 of our missing children. Yes, Seema Dhaka not just traced these children within three months but even managed to re-unite them with their families. This could be the first time that such large numbers of our children could be traced and re-united with their families. A truly remarkable feat. A hugely positive news.

How I wish  many more of our missing children could be traced  with  great, great urgency… rescued before their childhood is destroyed and they  perish.