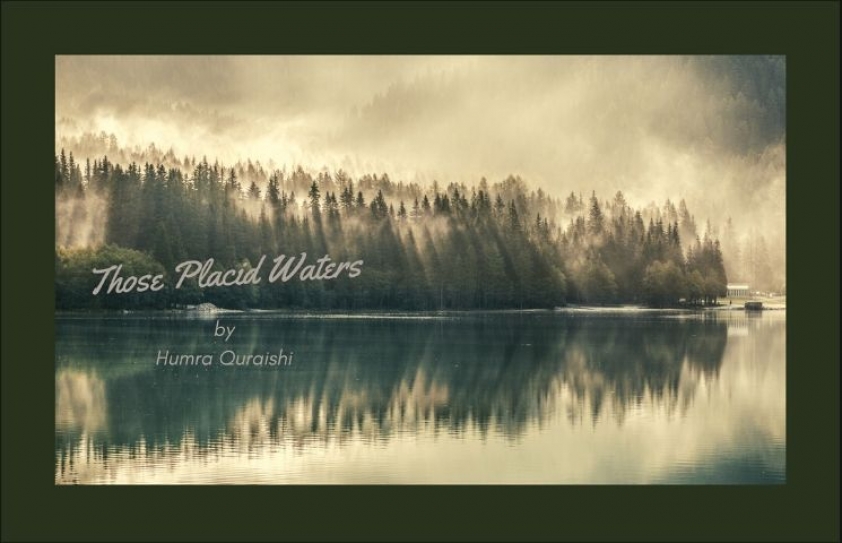 Humra  Quraishi tells another heartbreaking shortstory, set in Kashmir, where the blur between who is the enemy and who is not, has obscured the truth.

Shifting overnight from their village, Bashiran and his mother Mehbooba,  found refuge in his aunt Shameema’s donga. Stuffing themselves into it, they were awaiting dawn to drag in some level of relief to their growing anxiety.

And as the night faded and paved way for the rays of the sun to come in, Bashiran was sitting there, sad and forlorn, hopelessly looking around at the small-bodied boats called dongas; lined up all along the Jhelum river.

Dipping his feet in the shallow waters, he was staring at the uncertainty, which was spreading itself around him. He was wondering aloud and asking himself, if these boats, which were lined up, should be called the poor cousins of houseboats - after all, they were sheltering their rundown counterparts as though they were like their own relatives on-the-run.

He was putting his hands too, in the muddy waters. Not allowing his mother’s mutterrings and murmurs to come in way, even as she continued throwing about his clothes across the embankment – faded pheran, semi tattered scarf, and a torn cotton shirt and pyjamas.

‘Stop putting your hands and feet into these dirty muddy waters! Isn't our river… not our river Lidder!’ she was saying.

The sight of the clothes made the young boy feel unsettled enough to burst out at her, ‘You’ve imprisoning me here! Why? I hate this place! Why here?  There are no apples, no orchards… where are our trees, our home, our village?’ Bashiran was clasping his head, as though trying to   prevent its rupture. The pain, the humiliation, the insecurity of these days were bombarding his nerves. Born weak, it was the apple orchards, which  had saved him.

His earliest memories were of his father Barkat – tending to trees for hours on end, while he himself would be playing around them. Joining the local school only at the age of ten, when his father had died because of a bizarre accident; what with an apple laden tree falling on his skull!

He had succumbed to its weight upon him.

His mother’s often repeated words were pounding inside his head. She had said to him, ‘When a seepahi asks for these apples, give them to him. Life is more precious than apples! But remember, that the trees are even more precious than life. Your father had died protecting them from those men in convoys.’

He felt as though apples had begun falling on his own skull - with his mother Mehbooba and his aunt Shameema’s voices piercing inside. Where was the space in and around this small-structured donga, for conversations to remain unheard?

Holding a saucer brimming with a watery yakhni concoction, Shameema tried putting a few drops of it into Mehbooba’s mouth but all of it came out; along with words - she was lisping, ‘We’re sitting on your head! Ruining your life too… the way we came running here to you… couldn’t think of any other place we could go to… didn’t want to trouble you but here we are… sitting on top of your head!’

‘Cursing my fate, cursing this jahannum!’

‘Calamities happen all the time but life has to go on.’

‘We have brought our own disasters upon you… by hiding in your boat!’

‘Why say hiding! You and your child have not done any gunah! Those rascals beat up our poor child Bashiran!’

‘Yes… he’s so sacred of those men… they can beat him up again or put any ilzaam… There is no father or brother to protect us.’

‘Disasters are ongoing! See here, this swelling on my arm. That security fellow was pushing and pulling the crowds when I was walking along the Bund, till I ran away to this side…’

‘But your boat is safe… I hope none of those creatures are coming here?’ 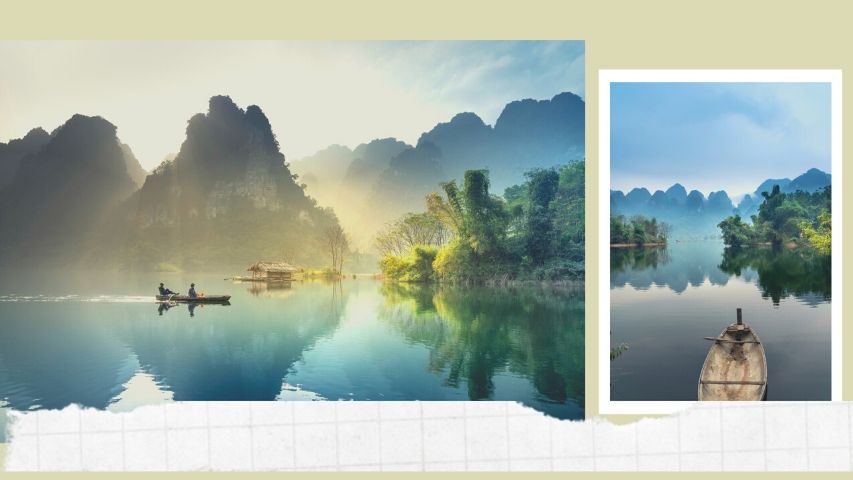 ‘I keep a loaded revolver with me… It’s been with me for years. My toth’s  old revolver, but after his death I have kept it… there, right under that mattress… no one can dare come in here… you and your son are safe here with me. Now have some of this yakhni... it’ll make you strong enough to fight them.’

‘But now, for  my child and I, nothing’s going to be safe… not even our orchards.’

‘Mehbooba, why did you let this fatherless child go towards the orchards all alone?’

‘He wanders around… he’s like his father. Never at home, always in the orchards, with the trees. Says he hates human beings… he calls our apple trees his brothers and sisters!’

‘But try and send him to school… maybe he will feel better?’

‘I admitted him after his father’s death… he went there only for a few weeks and then became irregular… he comes running back to the orchards… even that day when everything happened!’

‘He should have let them pluck as many apples as they had wanted to… at least none of these threats and beatings would’ve taken place!’

‘My poor child went hysterical when they broke the branches and even  uprooted one of the trees… he couldn’t control himself and started screaming… and then they beat him and slapped him, threatened him and what not!’

‘We’ll return after a few days… what else.’

‘Return! This poor boy Bashiran looks like a wreck.’

‘Let him recover, let him give more details’

‘He’s told me everything… every detail. More than him, I’m the one who’s worried. Those men can heap charges on him and  me… any charge and then what!’

‘Charges! What charges! But our poor Bashiran is innocent. He is so young and so very innocent!’

’They can throw some charge!’

‘Anyone can be finished here.’

‘What’s all this that you muttering!’

‘Even small boys are not spared. Any charge on anyone… so many of them are getting arrested and what is there left, that is not taking place… so much zulm!’

‘My head is bursting hearing all this!’

‘Nothing is in our control!’

‘Just eat something… Some more shorba and yakhni. Bashiran has not eaten a morsel… where are you looking… you’re seeming so lost!’

‘Seeing that boat there! Coming this way. Searching… it’s searching?’

‘Nah, nah… Boats come and go all the while!’

‘Security creatures, there search and all their work is done by mukhbirs, they have so many agents, moving around everywhere like bloody  rats!’

‘Want to run from here, towards Anantnag or…’

‘Running away in these times! You think you’re some kind of Sufi that you can go from here to there!’

‘If only I was Shah-i-Hamdaan! How swiftly he had transported himself  from Hamdaan to Srinagar!’ 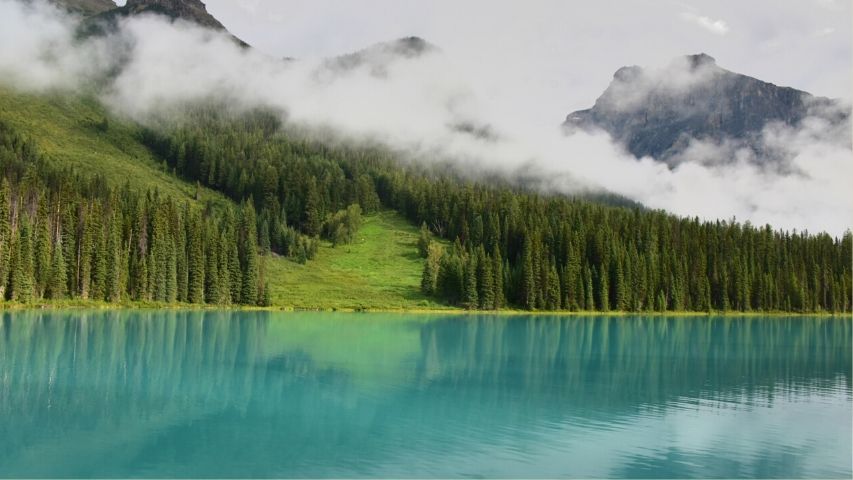 Mehbooba’s gaze suddenly shifted focus. She was looking somewhat beyond. She was seeing and sensing a distraction - a haggard-looking old woman crawling inwards, from the adjoining donga.

Before she could react, Shameema did, ‘Raeesa! You! Why are you here?’   Shameema was  raising  not  just  her  voice  but even  her  hands, ‘You, get out of here! Your mukhbir husband is thriving! Out from here… get out. Leave us. Out of my place… my donga! Hate these rotten mukhbirs… hate you and your husband Abdul Qadir!’

‘Out from here! Back to that rascal informer or whatever the hell he’s doing… sick mischievous fellow!  Hate him!’

‘But you’re still sleeping with him!’

‘No, no. Khuda qasam, nothing between him and me. He has not touched me for years.’

‘Then he’s touching others!’

‘Men do all that till they die! Till their very last day! Even the darpoke ones bloody poke… go on poking till their last  breath!’

‘He does nothing with me, can’t say what he’s doing to others.’

‘Can’t hear a word of this rubbish. Get out… let us sleep in peace… I have got to sleep.’

Shameema kept tossing and turning; sleep was a far-fetched dream. With darkness closing in, hazy images of a marriage  procession was coming to her mind.

No, this couldn’t be connected to her marriage. Those  loveless  years had  made  her  bury each  connecting detail, till, of course, she’d buried her  husband in the  burial  ground of  his ancestral  village in the  Lolab Valley.  Over with that, she’d set out to run away with her once-upon-a-time lover, Ashiq Meer. All the sabotaging of both their families was what had come between them. With that, she’d sat back. Sad and sullen. All alone, until of course, Mehbooba and Bashiran had come running to her, seeking her refuge.

Hazy images of yet another procession filled her mind. Through the haze Abdul Qadir emerged from his donga. Startled, Shameema was no longer tossing nor turning. She sat up, thinking aloud - Could Raeesa have told Abdul Qadir  about Bashiran and Mehbooba being there with her in the donga? After all, he was a well known mukhbir; surviving on those bits  he’d been gathering and passing on to the men who were manning security agencies?

Abdul Qadir and many more men were moving in, steadily and swiftly.

Bashiran opened his eyes. The sound was familiar to him. He had heard the sound of boots before, close to his school, around the mosque and along the lane connecting them to the graveyard. And it was just a few days ago, in his orchards.

The sequence was the same once again: Those men plucking apples and pulling out entire branches; even an apple tree! When he had screamed and cried out, two or three of those men had dragged  him to the ground and pinned  him  down, pulling  away the pheran he was wearing, tearing off the shirt on him – it was the same set of  clothes, which his  mother had sat and scrubbed that morning; but she hadn’t been able to wash away the stains of intruding fingers from her young son’s soul.

Bashiran was sitting up, grasping the truth about those people who were coming. He was crying aloud, ‘They’ll beat me again… thrash me.... They’ll not leave me!’ His hands kept moving towards the mattress, which was spread not too far from him… under it and then out of it. His hands clutched on to the loaded revolver.

In the next second, Bashiran was no longer holding the revolver; what with his blood oozing from his shattered face, spreading out, right up to the soldiers’ boots… trickling further from there, flowing effortlessly into the  placid water of the river Jhelum.

His blood was mingling and intermingling with his mother Mehbooba’s and  aunt Shameema’s blood, which was also flowing along with his own into the placid waters… barely seconds after the two were killed by the so called ‘unknown killers’ of the day.