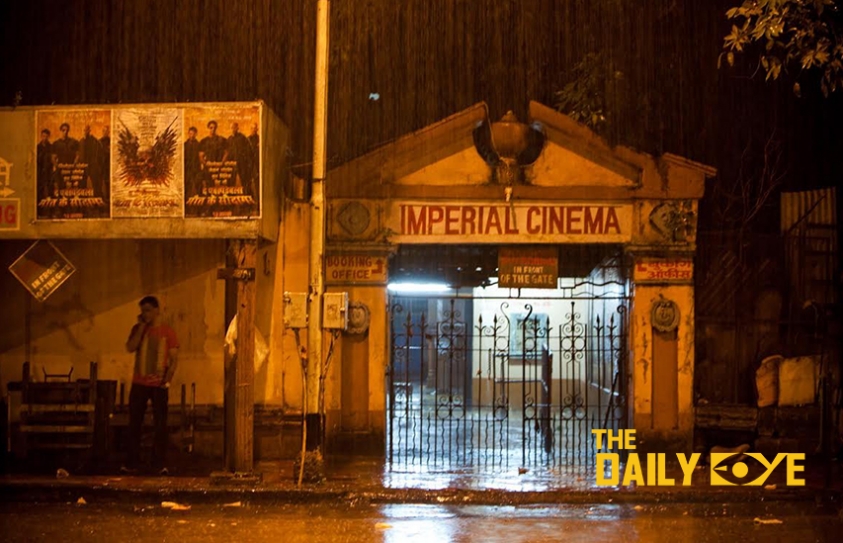 As many as two lakh cinema workers - ushers, projectionists, ticket counter clerks, especially – have been rendered unemployed in the last two years, with the ongoing closures of single screen theatres in Mumbai city and the suburbs.

The count for the all-India rescinded workers is incalculable.

I had made inquiries with cinema exhibitors and distributors earlier this year and the statistic had been pegged at ‘over 75,000 unemployed to put it mildly’. No exact figures can be tabulated since the majority of the cinema workers was most often hired on an ad hoc basis.

Moreover, a majority of cinema workers were advancing in years – a bunch of them still linger on woefully low wages – at the few single-screeners which have survived. 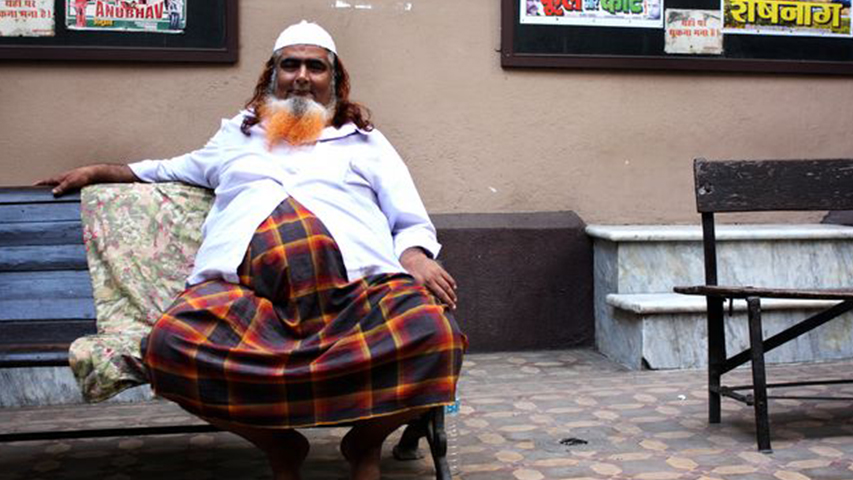 Many of them like the iconic Regal are facing a financial crunch. Meanwhile, no official word is out whether the Art Deco Eros cinema will be redeveloped with the inclusion of film screening outlets.

The movie watching experience itself has undergone a turbulent change ever since the advent of multiplexes at the turn of the millennium. The ‘plexes themselves mainly attract a high number of footfalls on Friday and the weekend. Revenue is hinged on the sales of the exhorbitantly priced snacks at the cafeterias. Ticket rates are arbitrarily hiked for Bollywood’s blockbuster releases, as they were for Thugs of Hindostan lately, which as it happened, tanked like the Titanic. 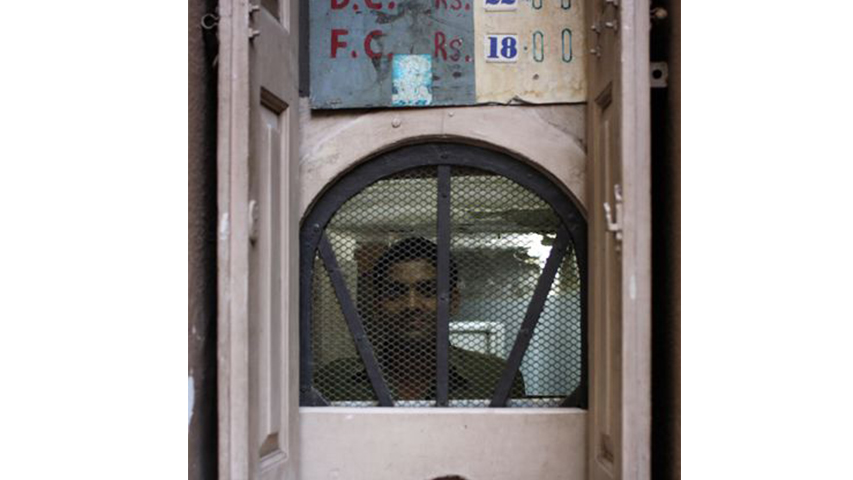 Not surprisingly, frontline multiplex franchises have sought to make the refreshment quotient more exotic – what with multi-cuisine meals, menus designed by celebrity chefs, not to forget tantalising-sounding blends of cappuccinos and lattes. The good ole popcorn tub is as if not more expensive than the price of a ticket.

That any moviegoer knows already. Protests have been registered against the logic of the pricing of snacks, but alas have fizzled out as suddenly as they had started. Meanwhile, single-screen managements can’t understand why the official policy is to subsidise the plush multiplexes, instead of preserving the grand old cinemas which form a part of the city’s halcyon heritage. 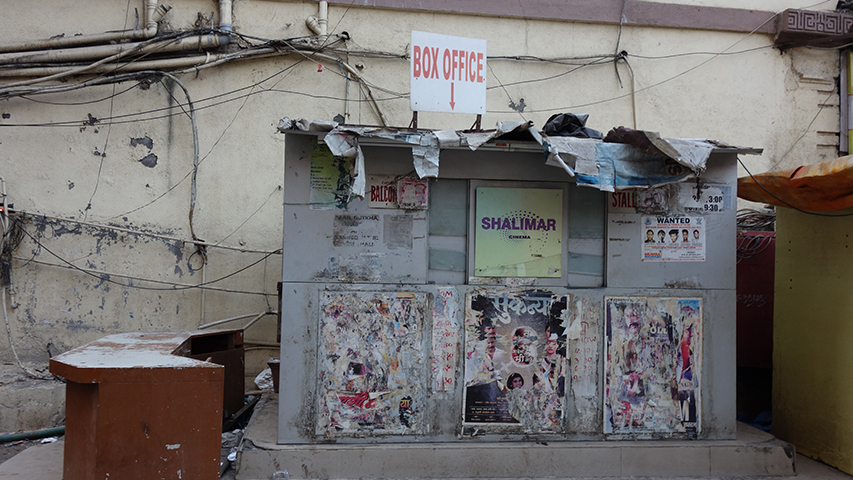 Perhaps the dilemma of the vanishing single-screeners does not raise the hackles of the millennial moviegoers today because of the spiralling number of entertainment options: be it on internet, smartphone screens and above all, the streaming channels led by Netflix and Amazon Prime Video.

With the evolution of technology, there’s no fighting the boom in original films and series commissioned by the streaming channels.

However, neither the state government nor the film industry  appears to be concerned about the fall-out: the unemployed who have had to, because of lack of formal education, make ends meet by turning into hawkers, carrying out menial oddjobs for daily wages or merely curse their fate. Deepak Javadekar, for instance, has to take care of his aged, ailing mother by seeking debts at usurious interest. 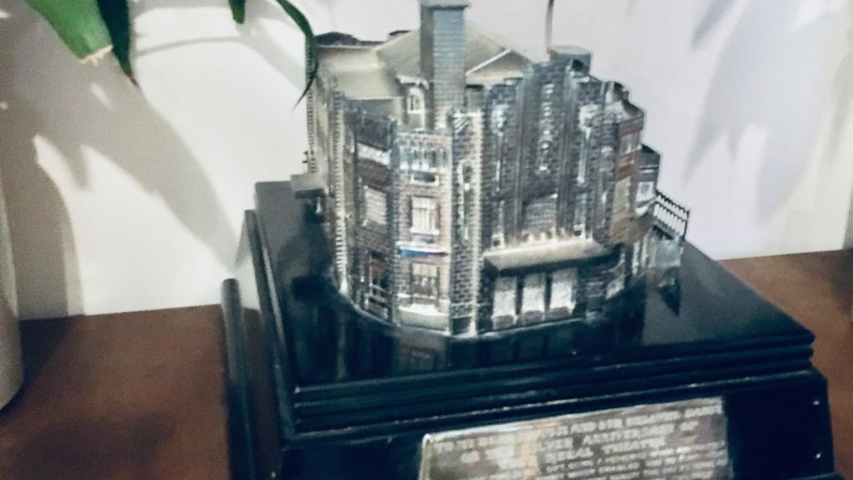 Silver replica of the Regal cinema

Lamington and Grant Roads, the famous cinema district of south Mumbai right till the 1990s has been the most severely affected. The Imperial, Super, Dreamland and Alfred - and the close by Maratha Mandir - are among the few which continue to keep the shows going. As for Naaz, Swastik, Majestic, Apsara, Shalimar and Novelty – where star-powered films would be premiered – have gone with the wind.

Minerva which was to be redeveloped into a hub of the performing arts and cinema is now a wasteland. 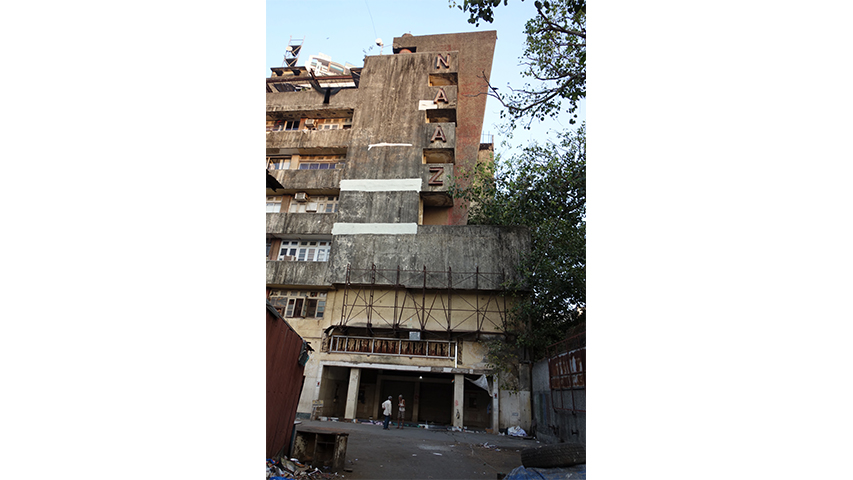 Sporadically nostalgiaphiles and the media have lamented the vanishing heritage of the city which is still the most high-profile film producing hubs of India. The laments have fallen on deaf ears. If I write on this subject again today, it is for two reasons. One, to point out the unemployment factor as a result of unchecked modernism. Or should that be called a high-profiteering agenda?

And two, to plead with the authorities – the state administrators, the theatre exhibitors, distributors, corporates and producers, “Kaan khol ke sun lo…please do spare a thought for the grand cinemas that were… and its workers for whom the show no longer goes on.”