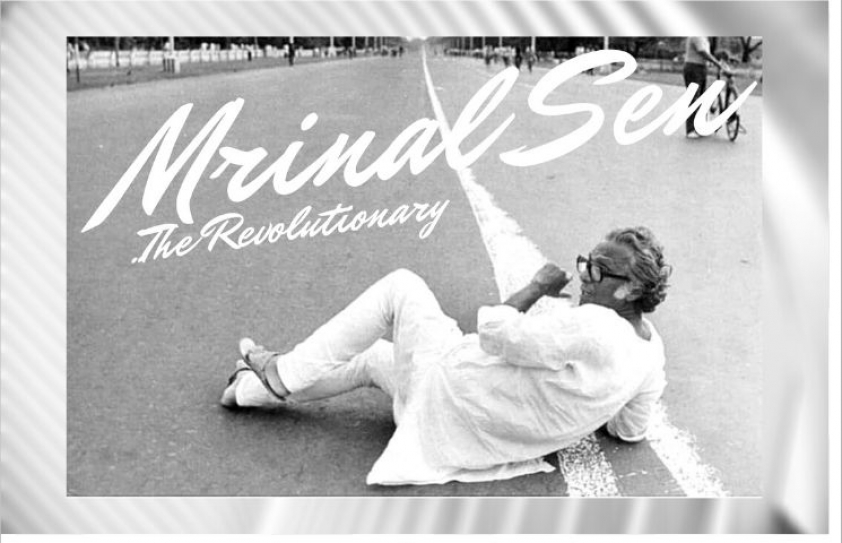 Khalid Mohamed looks back at the film legacy of the Bengal auteur, on the day of Mrinal Sen’s 97th birth anniversary today.

There’s a rare film, which arouses you like a lover’s first kiss. And it’s the rare filmmaker who can survive the test of time. Respect and regard for that kiss of life and cinema linger. Today is Mrinal Sen’s 97th birth anniversary.

In the last millennium as a novice, just being weaned on the film society movement, there I was going rah-rah about Mrinal Sen’s Bhuvan Shome (1969), which had made the crossover from the dreaded bridge of the ‘artistic’ to the ‘commercially acceptale’. Today the inventive derring-do of the picture whooshes back, hard, grainy and in-the-face. A stalwart on the film society circuit in Kolkata, Sen’s films mostly made in Kolkata in his peak black-and-white period are a legacy, which draw a robust hurray.

I associate Mrinal Sen with a rambling talker, a raconteur of his own self-contradictions, a rebel who repeatedly announced that he wanted to pull his hair out of the roots and destroy all the ideological values he once found a flirtatious affinity with. Leftist, socialist or humanist, he didn’t like to be pigeonholed. He was a filmmaker foremost, spinning stories, which needed to be told urgently for the societal good/awareness.  His films were political critiques. If he tended to be didactic, it’s because criticism has to be strongly argued, no sitting on the fence. 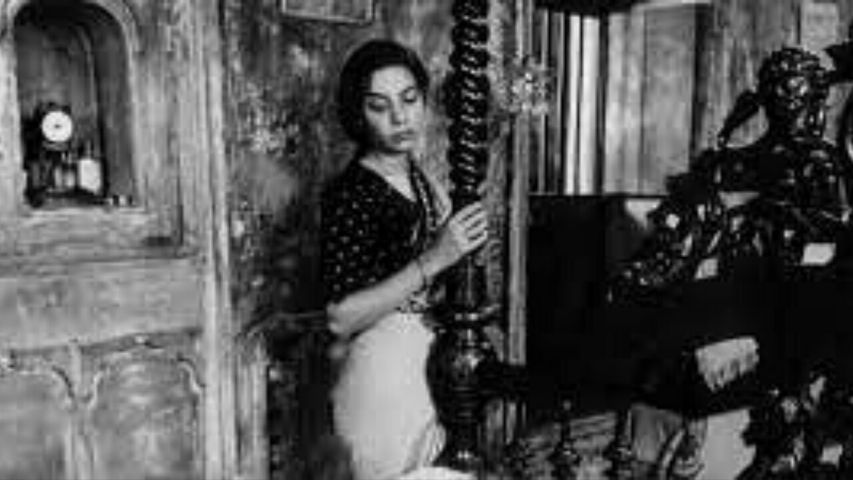 Despite his outspoken ways and ongoing criticism of the presiding government and establishment, he was bestowed with the Dadasaheb Phalke Award, honored with the title of Padma Bhushan and was nominated as a member of Parliament. For a bit of off-duty sport, he could relentlessly snipe away at Satyajit Ray and Ritwik Ghatak, the legendary auteurs who have been idolized by disparate schools of cinephiles. Meanwhile, Sen inspired a school of followers, his own gurukul.

Journalistically, Sen was wont to express himself in print. His voluble interviews would attack the system of central and local governance, and political potentates of every ideological color, including shades of red.  The obstacles in the way of creating an official cultural policy – which would welcome a thousand blooms rather than watering the wilted plants – infuriated him. 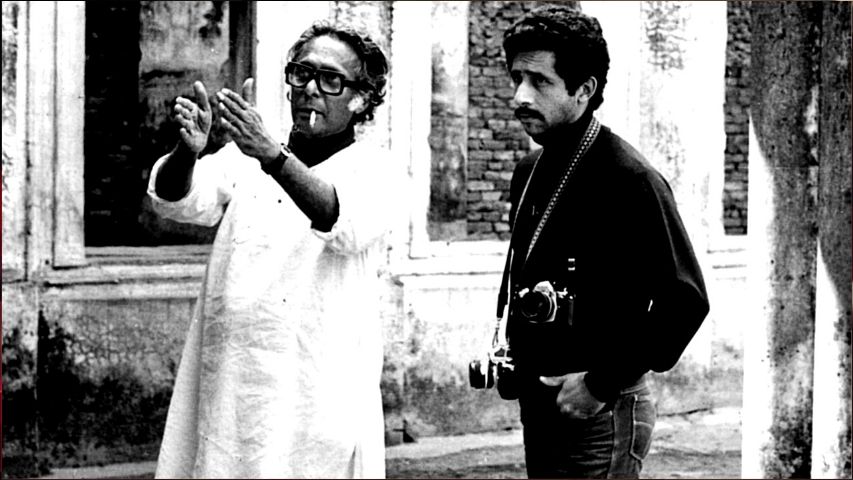 On occasion, if he would be recalcitrant about what he had ended up saying, in a fit of pique maybe, the interviewer had better protect his own self against the sting. Speaking purely out of personal experience, Sen had insisted that he was grossly misquoted in an interview conducted by me for The Times of India. He had rained disappointment on Naseeruddin Shah with whom he had worked in Genesis (1986).

When the actor reacted with invectives to Sen’s statement, the filmmaker alleged he had been “misquoted,” complaining in no uncertain terms to my editor at one of those Kolkata’s Park Street cocktail evenings. That didn’t color my estimation of Sen, no. Journalism entails taking such retractions in one’s stride. The episode could never color my appreciation of his best work, be it Akash Kusum (1965), Interview (1970), Mriggaya (1976), Ek Din Pratidin (1979), Kharij (1982), and the emotionally stirring Khandhar (1983).

Prejudice is the refuge of scoundrels, isn’t it? In fact, there’s no gainsaying that it would be more than worthwhile to re-see and re-appreciate his oeuvre in a retrospective that the filmmaker so justly deserves. A lasting image conjured by his films as well as interviews and his writings (in a collection titled Montage: Life, Politics, Cinema), is that he wasn’t afraid of looking at his refracted image in the mirror. He could see the warts and blemishes.

He would be self-deprecating about his days of debt at the local teashop, of returning to his birthplace Faridpur now in Bangladesh. He celebrated discussions, debates and arguments. He led a normal life only to a degree, bedeviled as he was by an incurable restlessness.

Sen’s imperfections were more valuable than the perfections of many in his métier. “Even when I go outside my time, I cannot go outside history,” he had stated. “I have seen history as a continuous, growing phenomenon, marching almost imperceptibly into the character of our own time. Above everything else, I am committed to my own time.”

He’d entice cineastes to walk miles to catch his new work being premiered at film society venues. In Mumbai, it was the Tarabai Hall that attracted serpentine queues for a film authored by Mrinal Sen. Tarabai Hall no longer functions. Even if it had, I’m not sure any more about the possibility of queues there. 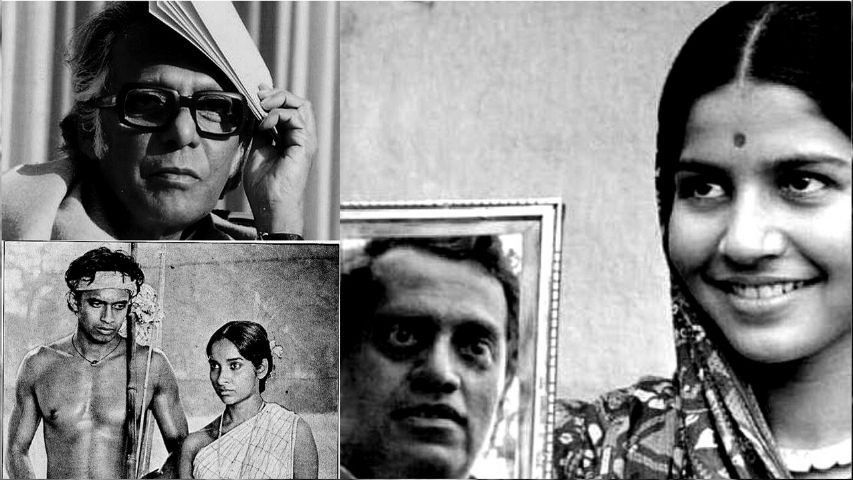 His end, at the age of 95 on December 30, 2018, compels you to remember the era of audacious filmmaking. You could disagree with Mrinal Sen, you could be exasperated by him. Still there was that element of the revolutionary heart and mind about him. You wanted to hear him out, because he was honest about his startling shifts and fluctuations of mood, temperament and convictions.

Mrinal Sen was an artist whose canvases have retained their color and sub-textual draftsmanship – full of sound and fury signifying something.