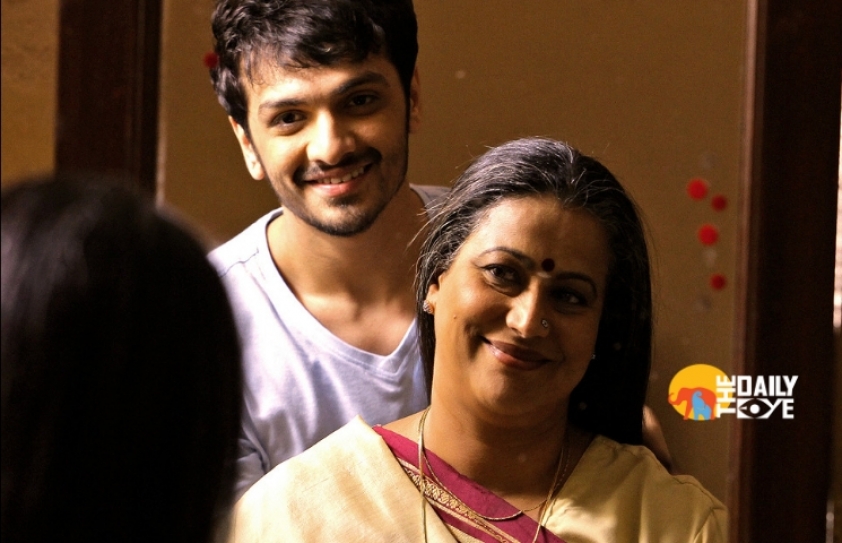 Evening Shadows, the multiple award-winning Indian feature film about a son coming out to his mother, is still going strong on the film festival circuit. Since its World Premiere in Sydney in February 2018, over the past one year the film has been picked to screen at more than 60 international film festivals and has won 16 international jury and audience awards.

“We are truly excited that our film is traveling to so many countries and cities – it is connecting at a very human level with audiences in different cultures. The mother-son story is a universal one and everyone has been appreciating the very relatable emotions in the film. We feel gratified and vindicated”, said director Sridhar Rangayan, who had expressed his concern at the recent FICCI Frames that independent LGBTQ films do not find their due place in mainstream distribution in India.

“The world is with us, but unfortunately we still struggle in India to find our voice. We will continue to tap into alternative ways to reach out to audiences”, he added.

The film had limited theatrical release in January 2019 in India and February 2019 in USA. It is currently streaming on Netflix and is one of the hugely popular and trending films on the streaming platform.

“We don’t even know how to bring together all those fantastic reactions that we are receiving on social media. Young LGBTQ persons, families and general audiences have been sending us feedback and wishes. Some of them have been seeing it repeatedly 3 to 4 times and one youngster wrote he saw the film 11 times! We are overwhelmed by this response”, said Saagar Gupta, producer and writer of the film.

The film will have its Pune Premiere on Saturday March 23rd at the National Film Archives (NFAI) as part of Advait - Pune International Queer Film Festival.

Bindumadhav Khire, chairperson of Samapathik Trust which organizes the festival said, "The festival strives to provide a platform for feature films on LGBTI themes. We are very happy that, this year, we have two Indian feature films- Sanchharam (Malayalam) and Evening Shadows (Hindi). Evening Shadows deals with the important issue of Coming Out. It is in Hindi and hence this will enable us to reach to a wide audience. We want the LGBTI community, Parents of LGBTI, allies, stakeholders to see the film. We hope the film will enrich their understanding of various facets involved in being a member of the sexual minority in a conservative culture. The film has not been released in theatres in Pune and this would be the first time that it is being screened here."

"Programming Evening Shadows has been a true privilege," said Thom Cardwell, Artistic Director of qFLIX Philadelphia 2019, "While the film offers insight into homosexuality in India, the coming out story and the sensitive relationship between a mother and her son gives Evening Shadows a universality that resonates with audiences around the world. That's why the film has garnered numerous awards and has been screened at countless film festivals worldwide."

Making a big splash in London, Evening Shadows will screen at the iconic Regent Street Cinema, which opened in 1848 and is regarded as ‘the birthplace of British cinema’, where the first motion picture was screened in the United Kingdom.

Dr Pushpinder Chowdhry MBE, Festival Director said, “UK Asian Film Festival marks its 21st anniversary with a curation inspired by the theme of ‘Revolution’. Marking the decriminalisation of homosexuality in India and fitting in well with this year’s theme of ‘Revolution’, Evening Shadows (2018, Dir. Sridhar Rangayan) will be screened on Wednesday 3rd April, Regent Street Cinema, London followed by a screening on Friday 5th April, Phoenix Cinema, Leicester. Following Mother’s Day on March 31st, the film beautifully explores the relationship between a mother and son.”

Evening Shadows stars Mona Ambegoankar, Ananth Mahadevan, Devansh Doshi and Arpit Chaudhary in lead roles. The film received a UA certification from CBFC and created quite a stir for being the first gay film to receive such certification.