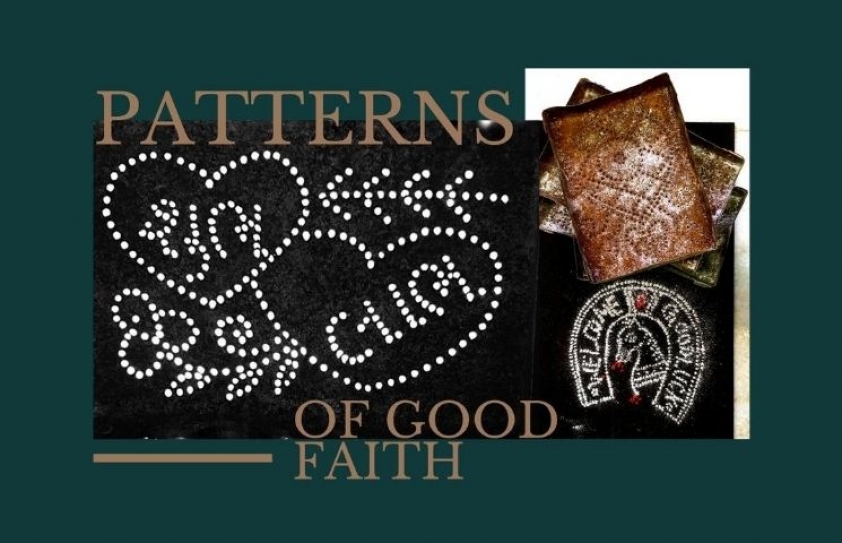 On the occasion of Navroze, the Parsi New Year, a photo-feature by Ashwini Ashok Sood, on the auspicious Parsi Chalk designs

During these unprecedented COVID-19 times, my restricted daily walks in the sixth floor lobby of the mid-rise apartment block where I live, were relieved by the beautiful Rangolis on the thresholds of our Parsi neighbours’ homes. Since years, it has been a visual treat to evidence the various themes  and motifs which go into these hand-made chalk artworks.

As a designer living in a cosmopolitan society, I have been aware and appreciative of the different cultures around me. These Rangolis piqued my curiosity to learn how Parsi and Hindu cultures have mingled over the decades in India.

Historical accounts maintain that the Parsi Chalk designs were adapted  when the Parsis (Persians) settled in India over seven centuries ago. They were given shelter in Sanjan, Gujarat, by Jadi Rana who understood the importance of an inclusive society.

Jadi Rana is a figure from the Qissa-i-Sanjan, an epic poem completed in 1599, which is an account of the flight of some of the Zorastrians who were subjected to religious persecution following the fall of the Sassanid Empire and of their early years of resettling in India. Inexorably,  the Parsis adapted five of the cultural traits of their new homeland. Parsis chose to adopt the Gujarati language, some modes of dress and celebratory rituals. The bride and groom began to apply red kumkum on their foreheads, the bride wore red bangles and then there was the adaptation of the Rangoli tradition. 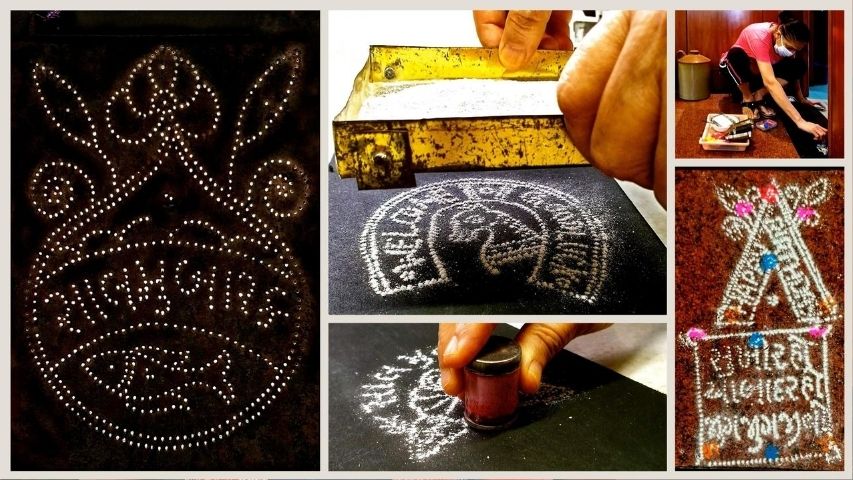 Thus began the seamless assimilation of Hindu and Parsi cultures. The Parsi asthetic manifested itself in their special embroidered saris known as garas. And, the Rangoli became an everyday Chalk design, often in unique dotted designs, meant to be auspicious and bring good luck.

Parsis use perforated lightweight metal chalk boxes into which white chalk powder is put and stamped on the damp floor. A dash of red, orange, pink, green and yellow chalk colours are added to enhance the patterns. The designs are mostly floral with symbols of good luck; fish, horseshoe, swastik and the kalash. Quotes in English and  Gujarati like “Shubh Labh" and "Good Luck" are also common.

Celebrations; birthdays, weddings and Navjots, have special designs, so also  the full moon day - the first moon day.  Chalk Purvo is a daily morning ritual made on the threshold of the doorway of the home. However due to pressures of city life, many Parsis may not be able to put chalk every day but only on special days.