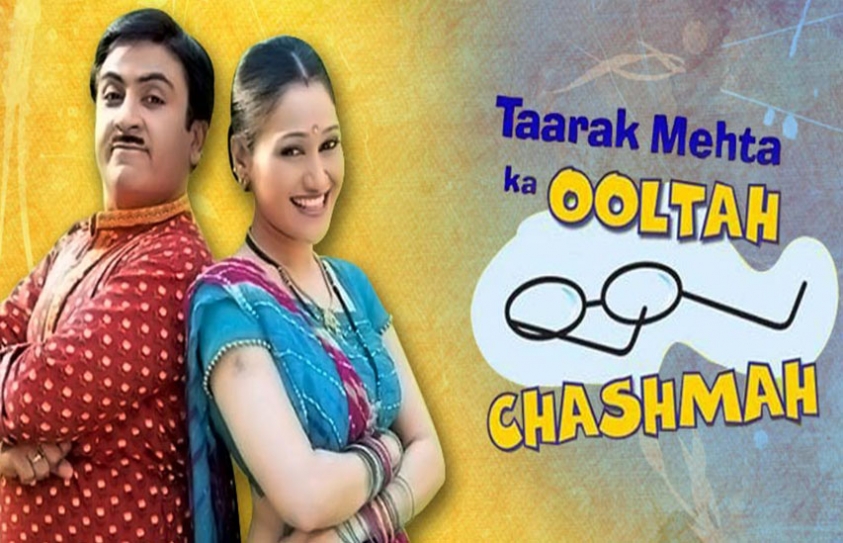 Taarak Mehta Ka Ooltah Chashma has now crossed 1900 episodes. This makes it the longest running daily sitcom on Indian television. It’s a tough act to follow, let alone better it, all thanks to Asit Kumar Modi the show’s helmsman. Modi’s men -- Raju Odedra, Rajan Upadhyay, Jitendra Parmar, Abbas Heirapurwala, Niren Bhatt and the original writings of Taarak Mehta -- keep the episodes going with crackling satirical humour. It’s not just the ensemble of actors that’s got TMKOC to 1900 not out; the hallmark is the sharp, clever writing which is laced with wit and wry humour. The actors lend their nuances to advantage.

Character delineation is the USP of the show. Take for instance, Jethalal Champaklal Gada a Kutch Marwari shopkeeper. Unlettered in English, he and his wife Daya find themselves at a disadvantage when their neighbours resort to English and crack a joke or make a statement. Jethalal’s bête noir the supercilious South Indian scientist Iyer, constantly ridicules him for that, Jethalal quietly eats humble pie, but at an opportune moment strikes back at Iyer. Gauche and lacking in social niceties, Jethalal is the village boy who has come good with his business acumen. Jethalal is also a wizard at mixing up proverbs and sayings, which his best friend Taarak Mehta resolves for him. Both Jethalal and Daya are marked by their quaint English words, such as Jethalal’s ‘poblem’. While Gada Electronics’ manager Natu kaka indulges in a smattering of English and that too with his boss Jethalal!

When Popatlal stood on top of the tree which had fallen on Dr Haathi, the writers came up with this irresistible line: Haathi ke oopar ped, ped ke oopar popat! Much of the mock sarcasm has been assigned to the slightly pompous Atmaram Tukaram Bhide, the society secretary-cum-tutor whose pet phrase: Hamare zamane mein has even his wife and daughter run away. Popatlal, the resident journalist’s favourite threat is Duniya hilaa doonga. Popatlar and his umbrella are never parted. Just as Jethalal’s fancy embroidered shirts are his calling card.

TMKOC is a challenge to Asit Modi and his team to keep the TRPs high and crisp. It is probably a study in classic sitcom.

When we watch a show like Bade Door Se Aaye Hain, other than the foibles of the Ghotala family, and not just Hemant, even the patriarch Vasant has his occasional slip, Bhairavi the dimwit bahu of the Bhatt family has her time too in the sun. A sheer comedy of errors, when it comes to dialogues and speaking, Bhairavi and her mother- in -law are the dueling divas of miscommunication. A close finish is Hemant. Jamnadas Majethia and Aatish Kapadia’s writing team has used spoonerisms and malapropisms to spike the humour element of the Ghotalas to their creative credit.

More often than not Bhairavi always muddles up her saas’ instructions. As a result, she has destroyed saris, blouses, irons, etc. On a serious note, BDSAH is a reminder how lightly we take communication skills and create an imbroglio for ourselves. Bhavna and Bhairavi are a lesson in just that. Bhavna never clearly spells out her instructions for Bhairavi, in the absence of clarity of thought and speech, Bhairavi messes up her household tasks big time and invariably the Bhatt household is declared a war zone.

Speaking to Bhairavi or Hemant figuratively or with a bit of sarcasm spells disaster as both take it seriously and literally. Even before the Ghotala family revealed their true identity as aliens, the residents of Sunshine Colony kept a sharp watch on them and making them feel alienated and not welcome. Despite that the Ghotalas have come to the aid of their nosy neighbours in times of crisis. BDSAH is a well conceived look at human frailties and idiosyncrasies which is authentically recreated.

Both Taarak Mehta Ka Ooltah Chashma and Bade Door Se Aaye Hain reiterate that the backbone of a good comedy is the script, which is reinforced by an ensemble of talent. Both shows have set a benchmark for the genre. Yes, making a comedy is no laughing matter.