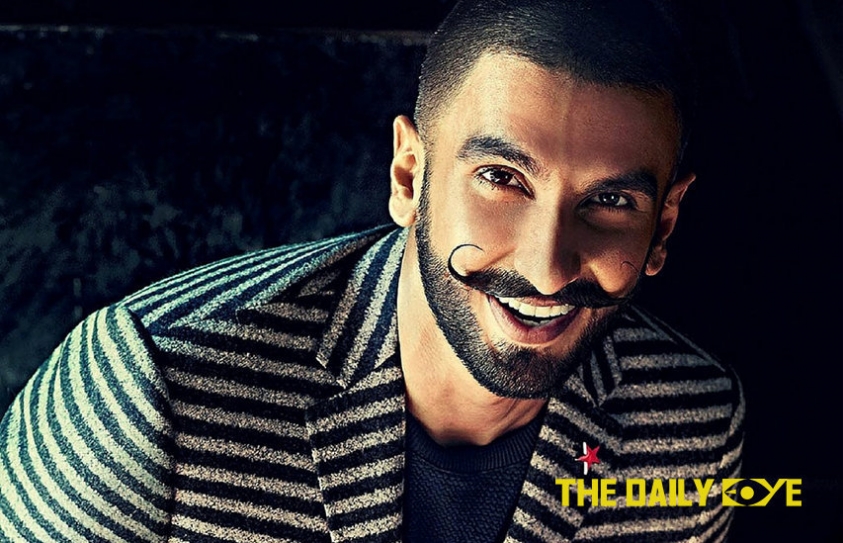 Homosexuality is accepted in Bollywood but when portrayed in films, it is either stereotyped or they're homophobic

India is the largest film producing country in the world. The Indian cinema is not only viewed within the nation but also among the expanding network of communities across the world. Yet, Bollywood is uptight and edgy when it comes to homosexuality and the industry hasn't done much to understand or open up about it.

"The actor, who hasn't shied away from androgynous wardrobe choices, might be playing a bisexual ruler in Sanjay Leela Bhansali's upcoming magnum opus, Padmavati", said Huffington Post. A source later confirmed that Sanjay Leela Bhansali's film doesn’t go into that area at all. Reports that Jim Sarbh is playing Ranveer’s lover are false, misleading, and troublesome.

It is not often that you get to see films that deal with bold themes such as homosexuality. This is partly because not so many films are made, but also because they rarely feature superstars in it. However, Fawad Khan played a major homosexual role in Kapoor and Sons, which was the most recent film in Bollywood that ‘dared’ to show homosexuality in it. Reports say that Dharma Productions were bashed for this even though fans loved Fawad's role. Karan Johar spoke up upon this saying, "No one was willing to do Fawad Khan's role. We went to six actors and after six rejections. Later, in a flash of thought, Fawad came to my mind. I sent him the script, he loved it and said he would do it."

The next film that the audience will get to see (which features homosexuality) is Saurabh Shukla's Albert Pinto Ko Gussa Kyun Aata Hai, for which he proudly says that he's happily married to films and wouldn't mind having a fling with theatre. In the film, during a road journey to Goa, he casually suggests to co-star Manav Kaul that they have sex, even if the latter is straight.

Simran writer Apurva Asrani has voiced his opinion. He says, "the film industry constitutes a large number of gay, lesbian and bisexual people. Artists don’t usually discriminate and judge. The CBFC is operating within outdated laws and rules. They themselves are confused about what to uphold and what to let go off. They are nothing but a reflection of our society."

He also adds, "Owing to outdated ideas of morality, and also criminalizing of same-sex unions, most of our filmy gay folk are closeted. Some get married early and avoid questions, others stay single, but create smokescreens from time to time, always worrying that they will get ‘exposed’. This gives rise to a kind of homophobia, whereas they will not associate openly with an ‘out’ gay person for fear of being discovered by association. This also ensures that they create gay characters in films that either ridicule themselves or are there only for villainous purposes. This continues the vicious cycle of homophobia in society.”

Films such as ‘Dostana’ and ‘Student of the Year’ tried to introduce homosexuality in their plots, although these movies did nothing to spread any awareness or make people comfortable with the G word. This shows that Bollywood is trying in its own way to reconcile to the gay theme but filmmakers still can’t seem to find a way to create a proper dialogue on the theme.