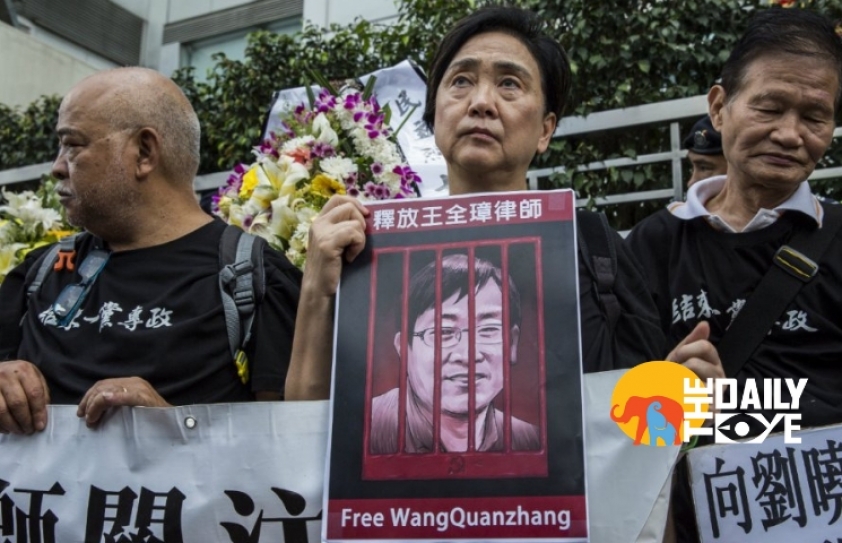 A court in Tianjin, a city in northern China has sentenced prominent human rights lawyer Wang Quanzhang to 4 1/2 years in prison for subversion of state power. The 42-year-old had taken up several sensitive cases as a lawyer, including those slapped by the government against political activists, alleged victims of land seizures and followers of the banned Falun Gong movement. He went missing in 2015 amid a ‘709 crackdown’ on activists and lawyers.

Wang was “found guilty of subverting state power, sentenced to four years and six months in prison, and deprived of political rights for five years,” the court in Tianjin said. Other details of the trial were not shared – Hindustan Times. “Today’s verdict is a gross injustice. It’s outrageous that Wang Quanzhang is being punished for peacefully standing up for human rights in China. He must be immediately and unconditionally released,” Doriane Lau, China Researcher at Amnesty International, said in a statement. She called the verdict “a gross injustice.” “In the three years leading up to his sham of a trial, the authorities disappeared Wang Quanzhang into a black hole, where he was likely tortured. Wang’s family, who continue to be harassed by the authorities, didn’t even know if he was alive until recently. His continued imprisonment only prolongs their suffering,” Lu added. 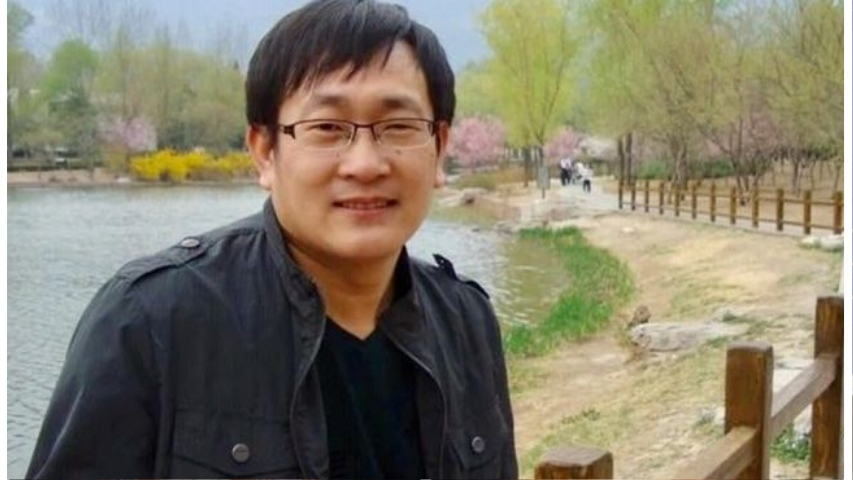 Wang’s wife, Li Wenzu, was also placed under a house arrest ahead of the trial to prevent her from attending. She is a tireless champion of his case. In December, Li and three supporters shaved their heads and tried to lodge a petition criticizing Wang’s treatment in the Beijing court. She alleged that judges in his trial had unlawfully delayed proceedings and barred her from appointing a lawyer. In April, she attempted to march 100 kilometres (60 miles) to the facility where her husband was being held to raise awareness about his plight but was stopped by police before she arrived. She also met with Angela Merkel during the German chancellor’s two-day visit to China in May - a rare move for a visiting leader.

After the verdict Ms Li tweeted: “Wang Quanqi is not guilty, the public prosecution law is guilty!”

As reported by the BBC, Wang’s close ones did not even know if he was alive or dead. It is said that Wang was denied family visits and denied the right to appoint his own lawyer. Some suspected that he is seriously tortured or that he is refusing to confess it out. Other lawyers caught up in the same 2015 crackdown, have since been processed, convicted and sentenced.

Michael Caster, researcher and author of The People’s Republic of the Disappeared, told the BBC that Wang’s case was “emblematic of Xi Jinping’s assault on the human rights and legal community”.

“The rights defence and broader civil society community in China is rightly outraged. For some time now they have rallied around Wang Quanzhang and his wife Li Wenzu as symbolic of both abuse and resistance under Xi Jinping,” he said after the sentencing. “The UN Working Group on Arbitrary Detention has found that Wang's detention is arbitrary, which means that under international law he should never have faced a trial in the first place, and so obviously should never have faced any length of sentence,” he added.

“It's outrageous that Wang Quanzhang is being punished for peacefully standing up for human rights in China,” Amnesty China researcher Doriane Lau said in a statement highlighting around 200 people who were drained and swept off with many given jail terms, suspended sentences or house arrest since the 709 crackdown.