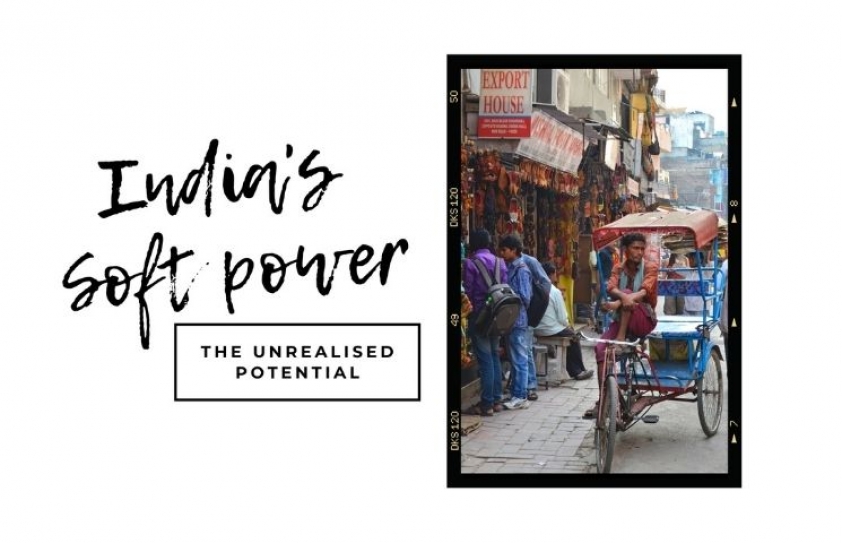 Where does India stand in the latest rankings on leveraging its soft power, asks Amit Khanna

In recent years, the University of Southern California (USC, Portland), has been publishing the Global Soft Power Report. The report says, as governments grapple with a volatile international political landscape and look to adjust their foreign policy strategies accordingly, they will need to re-evaluate their current approach to generating and leveraging soft power.

In international diplomacy, where perception matters, it is soft power, which gives nations an edge. Where does India stand in the latest rankings? Not in the Top 20 in spite of being the largest democracy. The only consolation being neither does China.

Globalization has not only created global brands but also certain omnipresent cultural imprints. A classic example is Hollywood, which has become the world's favorite entertainment. Or Chinese food, French wine, yoga, Ayurveda, soccer and samba. With an estimated turnover of over $2.5 trillion annually, culture (excluding tourism and travel, which is a similar amount) is one of the world's largest industries. France, for instance, draws over 70 million tourists and India a mere 10 million to savor its food, fashion and sights.

India's rich heritage of architecture and craftsmanship, music and dance, food and clothing, spiritualism and colorful pageantry and festivals should make it an ideal tourist destination. Unfortunately, 'Incredible India' is still just a catchy slogan.

While a small country gets three times more travellers, India is handicapped by lack of adequate and friendly tourist infrastructure. Even destinations like Taj Mahal do not have enough loos. Beggars and greedy ill-informed guides and touts can put off any visitor.

In the last couple of years, attempts have been made to improve tourist infrastructure but this still falls short of global standards. In my travels around the world, I found smaller countries like Vietnam, Croatia, Peru, Morocco and Norway have leveraged tourism as a major economic activity. Not only have these governments made travel into and within the countries convenience but an enjoyable experience as well. The present government is hoping to change all this but the pace of change is slow. There is too much red tape and obstacles around.

We have not been able to capitalize even on yoga, which is practiced by millions in over 100 countries today. By getting the United Nations to designate June 21 as International Yoga Day, the Prime Minister achieved a breakthrough but where is the follow-up by the ministry of culture or tourism? Why can't we compile a list of the best yoga gurus and the best ashrams in India and publicize it?

Today American and European yoga teachers are more popular than accomplished gurus in India. Similarly, we have not been able to cash in on our rich spiritual heritage. India, besides being home to Hinduism, is also the spiritual home of Buddhism. The much talked about Buddhist circuit (in spite of money pumped in by Japan) is still languishing for want of travel and infrastructure. Gaya does not have an international airport. 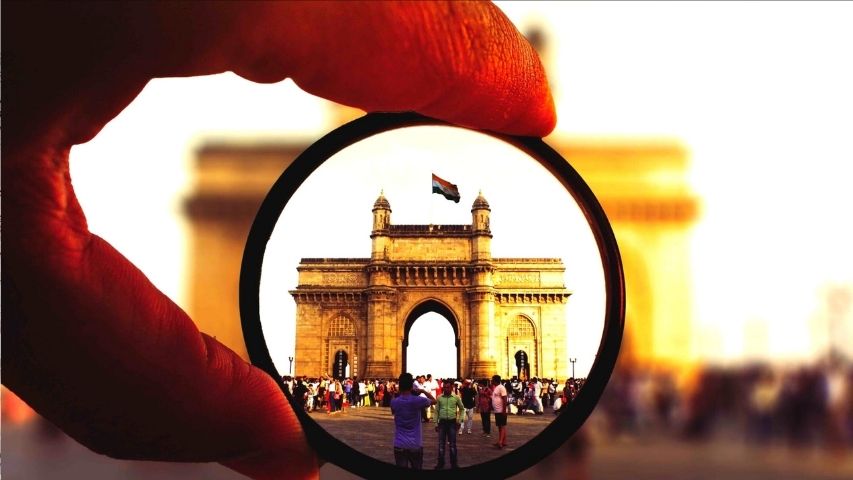 Hindu pilgrimage sites continue to be dirty without even a clean toilet in places like Varanasi or Puri. Though there has been some improvement in the temple towns in recent past, a lot more has been left to be done. I wish Tirupati, Guruvayur, Vaishno Devi, Amarnath or Nathdwara and other temples were on an organized pilgrimage circuit for travellers. The much talked about Char Dham Yatra in Uttarakhand, is not only unknown outside India but there is hardly enough information and infrastructure for even domestic travellers. Another tour for travellers could be built around Sikh gurudwaras or various Sufi dargahs. Tourist information and information booklets are scarce and out of date.

One must acknowledge that the Incredible India campaign has been successfully run for the past few years but ease of travel is still an issue. Government has opened the doors for visa on arrival to travellers from dozens of countries but now we need to reduce bottlenecks in travel and hospitality. Again, given the craze for holistic healing, the push needed for Ayurveda is also inadequate in spite of the fact that we have a dedicated ministry for alternative and traditional medicine. Kerala's nature cure by itself can be a big brand. Similarly, Indian handicrafts, especially eco-friendly khadi, can become a great 21st century brand if marketed aggressively.

One of India's best-known global brands is Bollywood but even this is not exploited. Fifty years ago, Indian cinema was extremely popular across Africa, Middle East, Eastern Europe and South East Asia with the locals. In 1957, 'Mother India' became an international hit. Actor-director Raj Kapoor was mobbed on the streets of Moscow and Beijing. Dilip Kumar, Dev Anand and Nargis also had millions of fans in various countries. In the 1970s and 80s, Bollywood superstar Amitabh Bachchan demonstrated the same cross-border appeal. Today, except for an occasional Shah Rukh Khan (Germany) or Aamir Khan (China) starrer, Indian films are basically being watched only by the South Asian diaspora.

The people who go, as ambassadors of our films -many second raters and bureaucrats - are unable to sell Bollywood well enough. Making India a filming location is hardly a priority yet that's what successive governments keep harping about. Films help tourism no doubt but we need to hard sell our entertainment. The recent controversy and its amplification in local media are hardly conducive for growth. The Government and the industry must work together to monetize the Bollywood brand well. 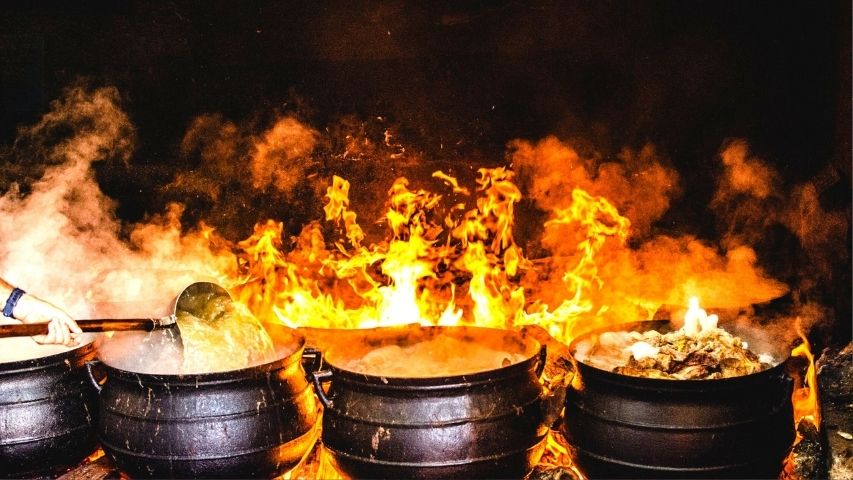 Indian entertainers too, like our politicians, are happy to engage with the Indian diaspora rather than with the world at large. While South Korean and Iranian films are finding widespread acceptance, we are happy with our audience alone. Our share of global revenue is less than 2 per cent. The Government, through an impoverished NFDC, does participate in international festivals but India's presence is abysmal. Bollywood is happy participating in dubious awards shows and Indian film stars and singers are happy to perform for diaspora audiences. Indian TV channels, including State-run Doordarshan too, suffer from the same malaise - narrow focusing on the diaspora.

Some of you may recall that Indian musicians like Pandit Ravi Shankar and Ustad Ali Akbar Khan and others were an international craze, what with the Beatles coming to learn from the sitar maestro. Even now, Indian music has many followers abroad but have we used it beyond an occasional concert organized by the Indian Council of Cultural Relations or some other Indian concert promoter?

Interestingly today, even Bollywood music has got its fans around the world. Bhangra is big in some parts of the world. Is there any effort to promote this? Both the Government and the private sector have to work together in this with a definite plan in mind. From the present $500 million spent annually, we should aim to raise direct Indian entertainment export to at least $10 billion by 2030. Of course, leveraging the soft power of films, music and other art forms is worth several times over.

India food is one of the top four cuisines in the world along with Italian, Chinese and French. Have we leveraged the sheer diversity of our food? Every state in India has its unique flavor but it's difficult to actually sample local delicacies in any major tourist destination in India. It's easier to get fast food in India than local delicacies for a traveller. On trips across India, I had to seek help to eat local food instead of burgers, pizzas, dosas and biryani. Indian cuisine can become the global favorite if marketed well. Indian missions abroad should be holding food popups and festivals regularly.

In the post-pandemic world, soft power is transformative. Time has come to bolster India's soft power and use it as a force multiplier both economically and strategically.

Why can't we have more festivals of India overseas? ICCR and the External Publicity Division of the foreign ministry as well as the Indian Trade Promotion Organization and the three national academies - Sangeet Natak Akademi, Sahitya Akademi and Lalit Kala Akademi - desperately need a revamp. The G20 summit in 2022, which is to be held in India to coincide with the 75th anniversary of India's independence, could be leveraged to showcase India's soft power to the world.