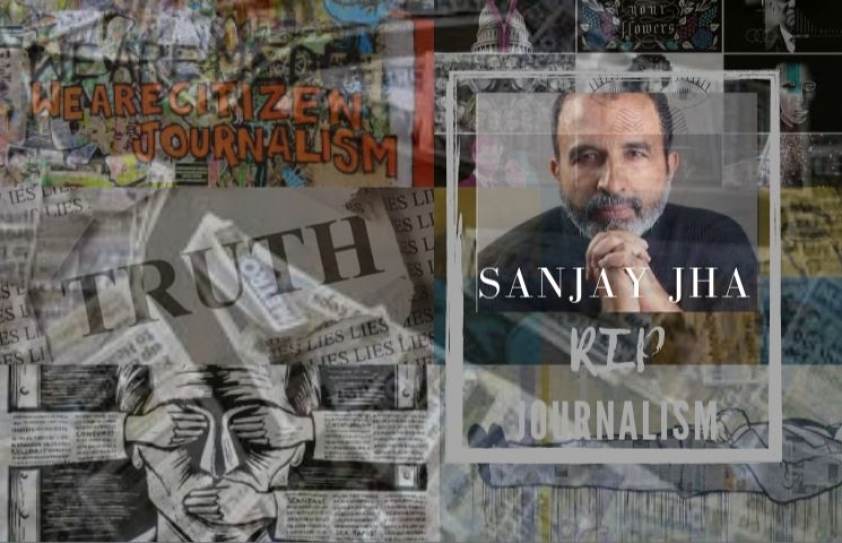 I wanted to be a journalist. The Times of India, the Grand Old Lady of Bori Bunder, had announced a journalist trainee scheme with a fixed remuneration of Rs 700 per month and I was as excited as a puppy with two tails at the prospect of writing and seeing my name appear in the newspapers.

In those days, I do not remember ever seeing the photograph of editors or contributors accompanying their article. The Illustrated Weekly of India was the favorite consumption item for the weekend; I would look forward to their short story (usually an abstruse adult theme that was usually dark) and some fairly ethereal poetry that rarely rhymed.

The irrepressible Khushwant Singh’s column ‘With Malice To One And All’ was always a delightful read with its pungent sarcasm and trenchant wit. My father, a man with philosophical propensities but equally aware of middle-class compulsions, dismissed my vocational passions with nonchalant ease. “Rubbish,” he said. “They pay peanuts. You will remain a bachelor all your life as you will never be able to afford a house in Bombay for your family.” 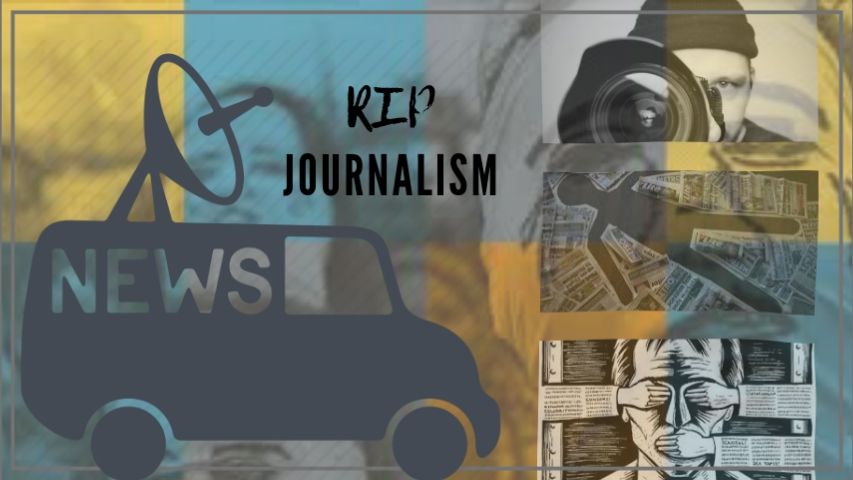 That somber advisory had me frown in deep worry; I had seen Amol Palekar’s film ‘Gharonda’ where he was compelled to let his girlfriend Zarina Wahab marry an older man as a wicked convoluted conspiracy to one day achieve their dream of having a roof above their head. That was a prospect my susceptible heart, with a possessive streak, had no forbearance for.

I gave up the idea of being a hack then and there. Looking back over the years and the current state of Indian journalism, I have no regrets whatsoever.

Journalist Amit Sharma was doing his job; he was investigating a train derailment at Shamli in Uttar Pradesh when the heinous perpetrators of violence took over, the railway police itself. They barbarically beat him up and for reasons unknown other than to perhaps subject him to abject mortification, urinated in his mouth.

It was not just perverse and repugnant, it revealed a morbid mind-set of unchained nihilists on the loose. And these guys are supposed to be the guardians of law and order one is supposed to go to if there is a fracas at the platform? Seriously?

This was, incidentally, not a one-off ugly manifestation of demented violence that was a daylight encroachment of media independence. Prashant Kanojia, an independent journalist, found himself in the coolers because the Uttar Pradesh police travelled miles to arrest him for retweeting a video (by then in wide social media distribution and played repeatedly on mainstream television) where a woman proclaimed her love for the Uttar Pradesh Chief Minister Yogi Adityanath.

It was an atrocious overreach, demonstrating the brute power of a thin-skinned state that would brook nothing that it found remotely objectionable. Most celebrity editors remained conveniently on mute mode. It finally required a Supreme Court of India intervention to release Kanojia.

On a similar charge of deeply offending Adityanath there were three other journos who were arrested. The political messaging was unblurred: be careful, draw the line, or else...

The ultimate objective of democratically-elected dictatorships is to force self-censorship through a climate of fear and the threat of reprisals. Most have capitulated without even a synthetic remonstrance; it is an easier option to fall in line than to risk criminal defamation, social media assassination squads and even physical intimidation.

In an illiberal democracy, the Fourth Estate (some sardonically refer to it as ‘real estate’ these days) has to live with the perpetual worry of easily upsetting a fascist Big Brother.

Journalist Gauri Lankesh is dead for speaking out her mind and those who celebrated her slaying continue to be followed by India’s prime minister on Twitter. That is a comprehensive unadulterated pointer, make no mistake about it.

Of course, the fact is that the majority of TV channels are salivating at the prospect of executing their new job description of being government propagandists. I need to be upfront here, barring a few, most performed outstandingly in shielding the Bharatiya Janata Party from multiple shenanigans and mammoth disasters and eulogizing a failed PM Narendra Modi to the skies, helping him with dollops of their shameless fawning.

The Congress party took the decision to stop attending TV debates a few days after the general election results. I was astonished to see the avalanche of affirmation of that decision by so many believers in a secular liberal ideology, who may not all have been Congress supporters.

The fact is that these prime-time shows have become a nightly ritual promoting loathsome hate, with roguish anchors facilitating a revolting dog-fight (usually between the Congress and the BJP) putting the principal protagonists on the screen while they conveniently disappear till one of them stands visibly slaughtered.

I know friends who would call me and wonder why we were allowing ourselves to be bludgeoned in this nauseating carnage. Most TV anchors, of course, had already decided the outcome of the debate by promoting a BJP-friendly predetermined hashtag and they obediently commanded that script.

It was such juvenile flimflam and yet as spokespersons we kept a poker face and endured that putrid rubbish. One of the biggest shams all TV channels were guilty of was to establish a new protocol: BJP spokespersons began coming in tandem with representatives from their ideological mentors, the RSS. It was like Roger Federer versus Rafael Nadal and Novak Djokovic on one side of a tennis court, a ridiculous one-sided contest and at best an exhibition match.

To make matters worse, that asymmetrical farce was aggravated by a biased umpire with a lopsided grin. Later, mysteriously, the same RSS spokespersons began appearing as ‘independent political analysts’ even if their verbal aggression in pitching for the BJP had only increased.

This artful mutation of the RSS spokespersons was a travesty of Indian journalism as the TV anchors were aware of the truth but were vulpine enough to fool their audience.

The other day I was chatting with my daughters on future career options. We discussed the usual MBA, public policy, PhD, teaching, social sector, start-ups, business consulting, taking over the family enterprise, etc. Journalism never came up.