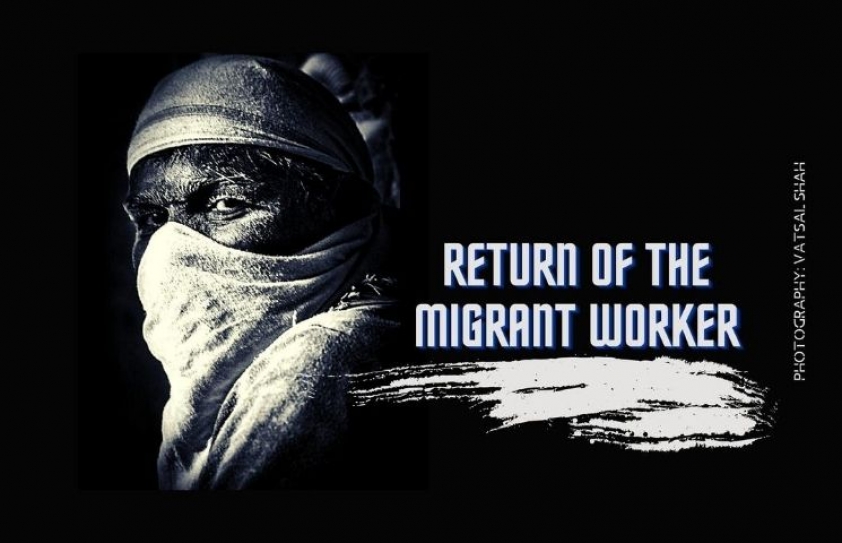 Approximately 30 lakhs migrant workers have returned to Mumbai to earn a daily living, out of sheer helplessness, writes Khalid Mohamed

The panic set off by the lockdowns in various states of India, will surely go down in history for the exodus of migrant workers from metropolitan cities, back to their distant villages. Since lakhs of the daily force of labour, especially in the construction industry, left Mumbai with their families on foot, on bicycles and any mode of transport which could be grabbed, the visuals were harrowing and in many cases, tragic.

It is estimated as per official statistics, that 300 migrant workers died due to starvation, suicide, exhaustion, road and rail accidents, police bruality and the absence of timely medical care.

With the ease of lockdown in various states, migrant workers who had left Maharashtra in droves, have started returning; approximately 30 lakhs as per estimates. Reason being, lack of job opportunities in their villages. 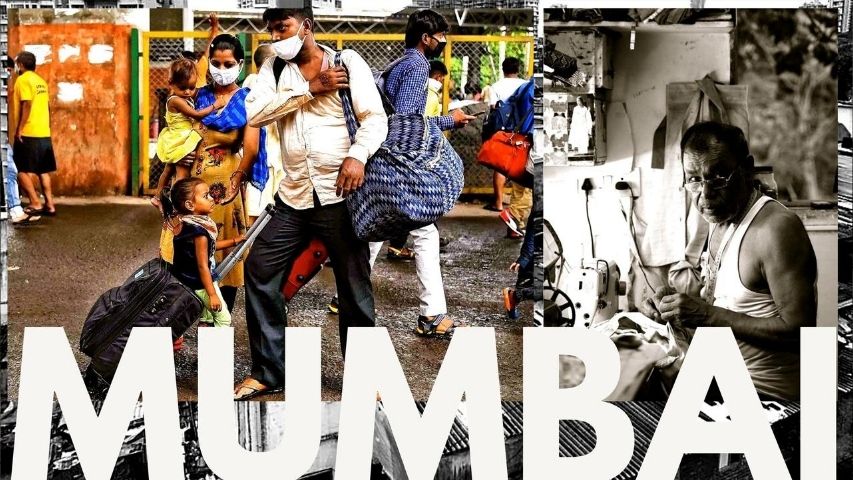 Arjun Yadav, a domestic help from Bihar, conceded that he had to come back to Mumbai on a government-organised train to earn a monthly income for his two sons at a college hostel in Patna. “In the village, I used to plough the fields from 7am to 2pm, under the harsh sun. But the floods have devastated the crops and it wasn’t possible to make a living out of farming, however much my family would have liked me to stay back at least until the virus had abated in Mumbai.”

The return of the natives, to the rigours of Mumbai, has largely been from Uttar Pradesh, Bihar, Madhya Pradesh, Rajasthan and West Bengal. Mumbai and Delhi draw the highest number of migrants; while most men migrate for work, women migrate due to marriage.

For more authenticated information, there’s research published by the Royal Geographical Society, according to which, workers most hard-hit are from Odisha, Jharkhand and Chhattisgarh; where natural resources are overwhelmingly extracted by external business interests. Workers paid the least for the hardest work done, belong to backward classes - mainly from the Dalit and Adivasi communities. 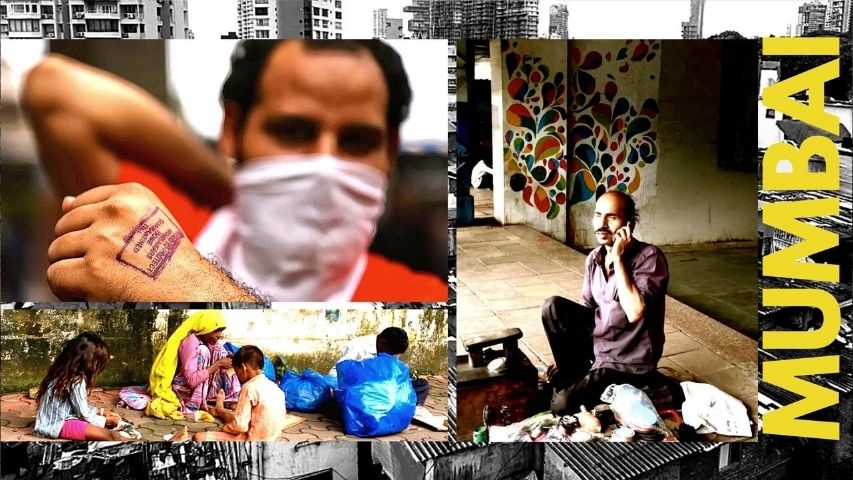 According to the 2011 Census of India, Maharashtra has the largest number of migrants.  The state government imposed a lockdown on 20th March in Pune, Pimpri-Chinchwad, The Mumbai Metropolitan Region and Nagpur. Left jobless, thousands gathered at train terminals and bus stations, seeking transport to their hometowns. With a nationwide lockdown, all transport facilities were closed till individual charity work strived to improve the impasse.

Going by official reports, there was sufficient food grain with the Food Corporation of India (FCI), to feed the poor for 18 months. Schemes ensured that deprived sections would get additional rations during the lockdown. There has been criticism that the distribution system has failed; area-specific and fair-price shops, unreachable. In Telangana, for instance, many could not procure rations due to lack of Aadhar cards. And, the gap between good intentions, on paper and practice, was evident. 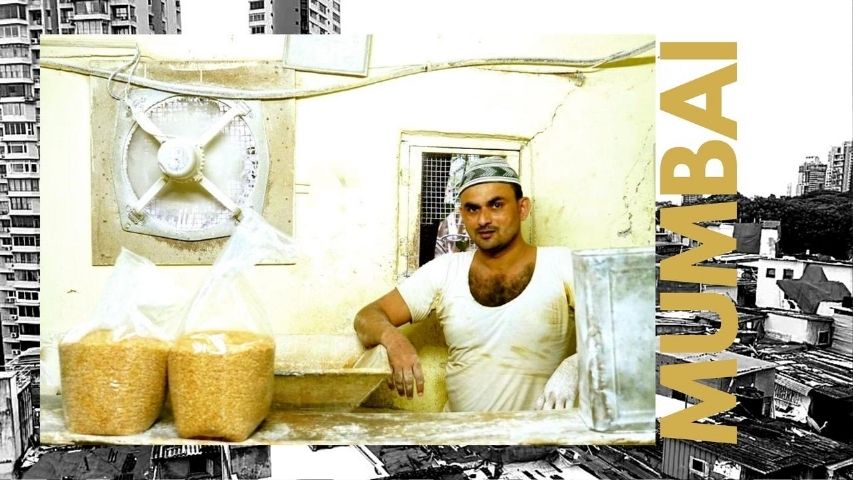 So, what does a common Mumbaikar see around him?

There are claims that the virus has been checked to a considerable degree in the sprawling Dharavi slum. More COVID-19 cases are being detected in the high-rise buildings, the reasons for which are being ascribed to the return of domestic help that may have picked up the virus during travel.

Worse, caution has been thrown to the wind by upper crust to the mandatory wearing of masks and social distancing, despite advice that the virus can spread airborne, especially in confined spaces. It’s an individual’s choice to venture out to the malls, for instance, but when norms were not being followed, a medical source informs, two shopping centres in Navi Mumbai were closed down by the police. The licence of a suburban restaurant, which did not honour social distancing was also revoked.

A veteran doctor emphasises that corona fatigue is inevitable but cannot be ignored. Simla Nagar, a slum colony at Malabar Hill, is still deserted. If a sizeable number of migrant workers are returning from their hometowns, that’s not because of choice but out of the primeval need to earn a living and remit transfers to their stoic families at home. 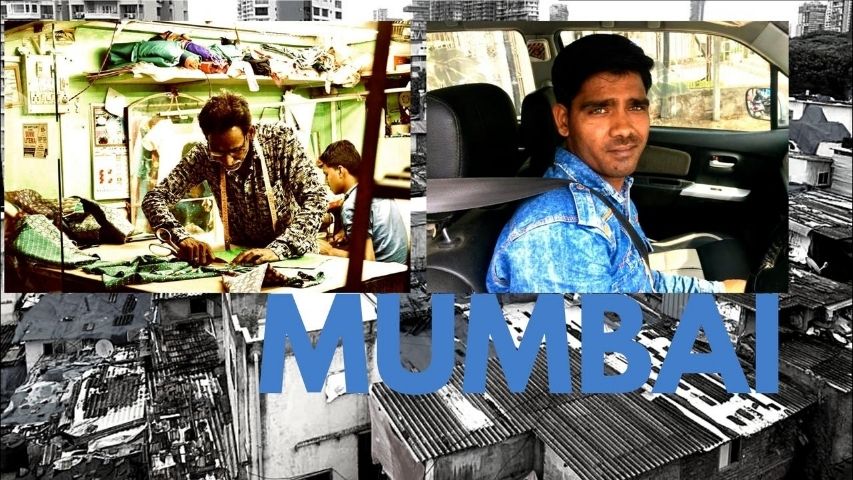 In this context, one can’t help pointing out that the plight of migrant workers is acute in India, and also universal since time immemorial.

Back in 1975, the British critic, novelist and poet John Berger had asked in his seminal book The Seventh Man, “Who is to build the new buildings and moorways, make the castings, clean the cities, man the assembly lines, quarry the minerals, load the good, bury the pipelines?” To that one can safely answer, “The terms of equations should by now be clear.”

Migrant workers, as the term goes, come from underdeveloped economies. The term underdeveloped, has caused diplomatic embarrassment. The word developing, has been most often substituted. But as the months of the pandemic crawl by, the migrant worker of India has no use for words. He or she is a high-risk worker - a warrior.