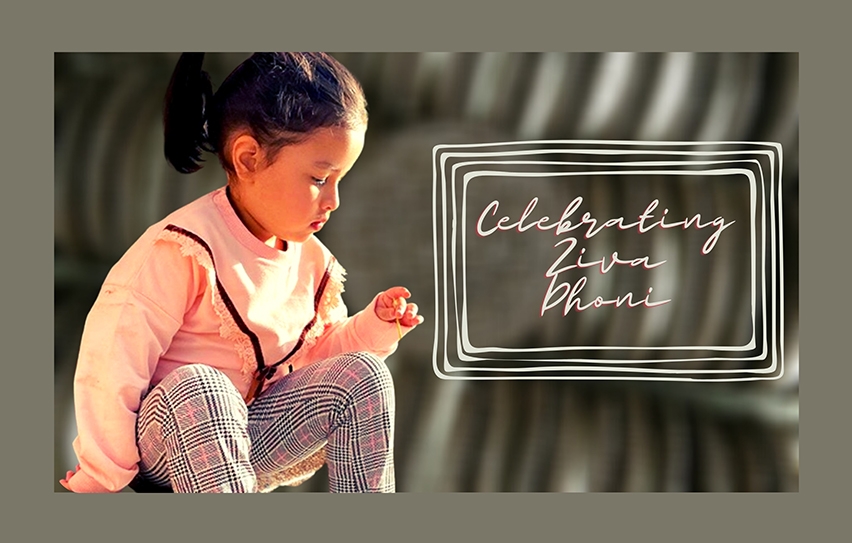 Dr. Sandeep Goyal wonders whether the former Indian cricket team captain's daughter should be in the limelight at such a young age?

Ziva Dhoni just signed her first endorsement. Mondelez, the chocolate company, took to Instagram to make the ‘monumental’ announcement and give ‘excited’ fans a glimpse of the ‘dashing’ Ziva and her ‘illustrious’ dad, noting, ‘Look, who's entered the field to play!’ Yes, indeed, who?

Ziva, by the way, is a social media celebrity already with a whopping 1.8 million followers on Instagram, while the former team India skipper; her dad MS Dhoni has 30 million. Her mom Sakshi handles Ziva’s Instagram account. With such a large following at this tender age (she is five, going on six), the endorsement deal is no surprise, more so since it comes bundled with the dad’s fame and franchise. The soon-to-be-6-Ziva, and her soon-to-be-40-daddy will promote Oreo biscuits.

Mondelez yesterday shared a video featuring Ziva enjoying the Oreos with pop Dhoni. MSD and Ziva can be seen having fun with Oreo cookies; the brand’s social media post reads, “@mahi7781 and @ziva_singh_dhoni have signed up for the #OreoPlayPledge to add more play to their lives. Have you? Click the link in our bio and take your pledge for more fun with the fam!” I don’t know about other families having fun, but the Dhonis really must be delighted as the youngest Dhoni is rumoured to have taken home an eight-figure endorsement fees!

Post Ziva’s endorsement sign-up, the much coochy-cooed Taimur Ali Khan and his star parents, Kareena Kapoor Khan and Saif Ali Khan must really be suffering from a massive inferiority complex! Taimur has only 1,36,000 followers on Instagram. There is certainly a need for urgent catch up there. But Taimur should thank Ziva, two years her elder, for setting the precedent on star kiddos joining the endorsement game early. With mom Kareena due to deliver his younger sibling, I am sure young Taimur too is going to be getting an endorsement soon - there must be so many baby-mummy products ready with scripts that would have a place for the debonair (WIP) Taimur. 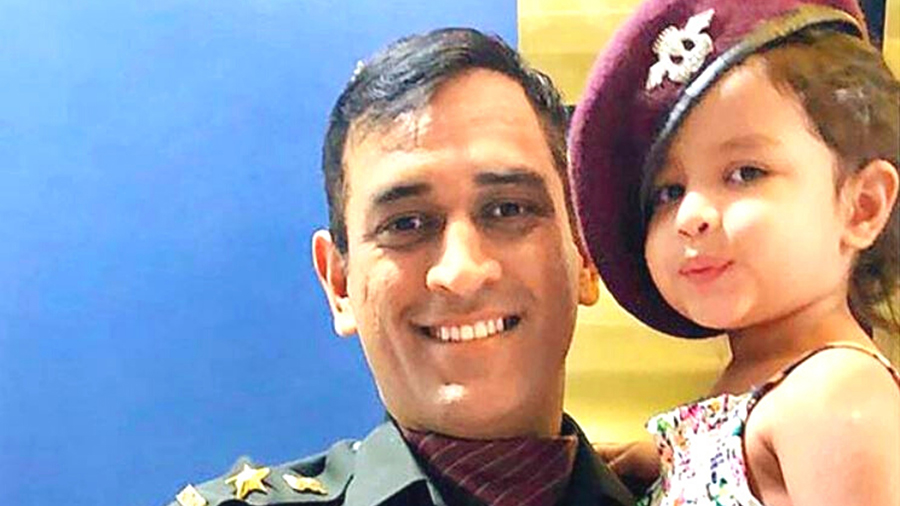 In India too, Shahid Kapoor and Ayesha Takia featured in Complan ads as kids, while a young Varun Dhawan sold Bournvita as a child. But in the case of all the Hollywood stars, and even the Indians, their ages were well into double digits before they faced the camera. Ziva really is starting much too early.

Which brings us to the million-dollar question: Should the Dhonis really get their still-not-six-years-old daughter to feature in an ad at such a tender age? Sure, she is already famous - she was reportedly at No. 8 in the rankings for kids with the largest Instagram followers worldwide. Or was the following being assiduously built just to provide the platform for Ziva’s launch?

We were in Dublin in the summer of 2018. India was playing Ireland and we were there to enjoy the cricket. MS Dhoni was the only member of the Indian team accompanied by his wife Sakshi and daughter Ziva. There were no outsiders allowed at the hotel. We were the only family privileged to be staying at the team hotel besides the players. So, I had the opportunity to watch the Dhoni family up close over the one week we were there. MSD was a doting father, sometimes bringing the daughter to breakfast without her mother and then feeding her cereal spoon by spoon; even negotiating every piece of toast that the little princess would majestically agree to finally eat. Sakshi was very possessive about her cute little girl, warding off the few paparazzi that hung around the hotel. To me, they looked like the perfect family - and she was a happy, chirpy child.

Why drag her before the cameras - for fame? But she’s already famous. She was born to fame. Is it for money? Nawww. The Dhonis are dripping with money. Maybe fun? No no no. It can’t be fun for any child that age to be under those arc lights. Then why?

I have the same question to ask Mondelez? Would the Oreo story become more authentic and real if Dhoni was featured with his real daughter? Would more kids buy Oreo because Ziva Dhoni (yes, THAT Ziva Dhoni) is endorsing the biscuit? Methinks Mondelez used Ziva because her presence in the ad ensured them a stronger PR peg - both media and social media would get buzzy. Which would perhaps make for a more visible launch for the biscuit.

Personally, I think Ziva’s parents ought to put a stop to any further starry appearances. They should allow her a normal childhood. As it is being the daughter (and right now only daughter) is tough enough. As MSD’s daughter she will always remain in the media glare.

By making her a star now in her own right, the Dhonis shouldn’t make it worse for her. Ziva Dhoni deserves a childhood - a without-a-care-in-the-world childhood. Mr. & Mrs. Dhoni, don’t steal it.