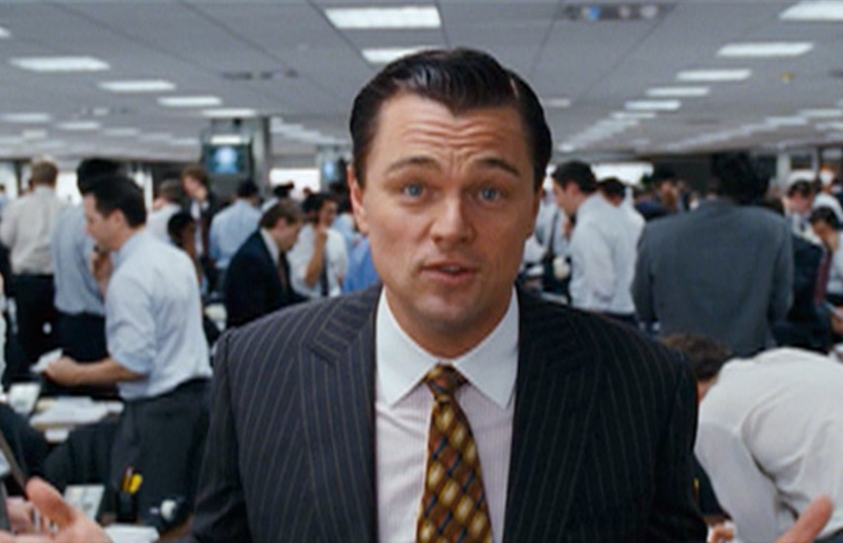 The Wolf of Wall Street Review

Martin Scorsese’s “The Wolf of Wall Street” is a riot, packed with absurd hilarity, great performances and cleverly designed characters that keep the audience constantly engaged and on the edge of their seats. The relentless pace of the film puts the audience in a time warp, where only when the credits roll and you look at your watch do you realize that the film was three hours long. Scorsese re invents himself this time, by entering the finance world, however the film is still laced with elements of debauchery and violence along with a great social commentary on the speculatory nature of Wall street share trading.

Leonardo Di Caprio and Jonah Hill steal the show, with compelling performances and great on screen chemistry. Although, the film is based on real events, Scorcese has taken a filmmakers license to exaggerate the tale; and rightfully so, as the film does not come across as tedious. However to factors did disappoint. The first being the Indian censor boards hypocrisy. Copious drug use (mainly cocaine snorting) is ubiquitous throughout the film; however the censor board has made a shoddy effort of cutting out scenes with nudity, often cutting out characters mid dialogue. The second factor was the lack of sub plots that usually collide into a spectacular crescendo in Scorsese’s other work. It is best to go view this film devoid of preconceived expectations.

The manner in which the film is packaged is stellar; Scorsese brings out the era of the nineteen nineties in stellar clarity. The camera work, editing and score are pristine. Put together, this film will be looked back on as a classic of cult cinema. His use of colours textures and tones is a brilliant visualization of the over the top world of the stock trading world. The experimental nature of this film is truly delightful and refreshing, filled with new faces and great supporting roles. Together they portray and bring to life the capitalist delusion better known as the “American dream” with stark depravity and humour bordering on the dark. A roaring piece of moral bending, genre bending cinema.

Even though this film is arguably not Oscar worthy, it is definitely an experience not to miss. Poking satirical fun at the crooks on wall street, this one will go down in the history books as on hell of an entertainer. From light-hearted chuckles to the side splittingly grotesque.