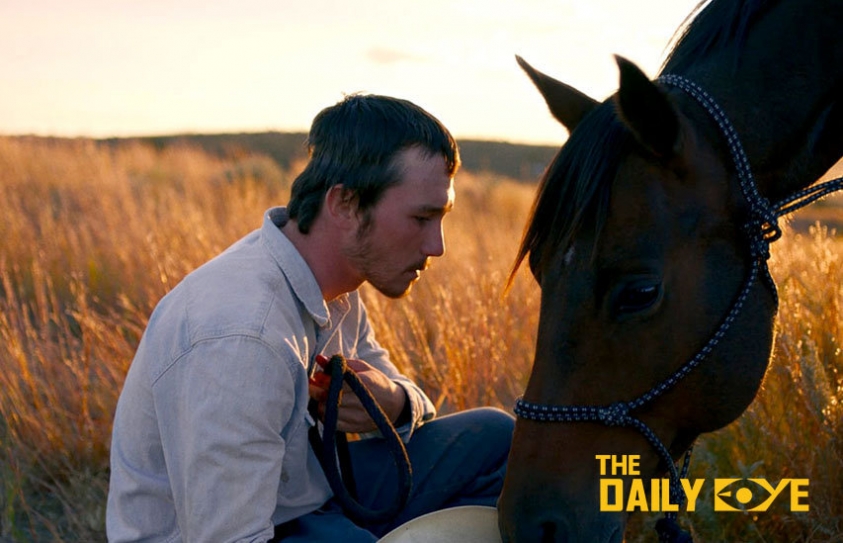 In Chloé Zhao's second movie, The Rider, which debuted at last year’s Cannes Film Festival, we see Brady Blackburn (Brady Jandreau), the protagonist. He was a rodeo cowboy until a few months ago when he fell off a bucking horse and suffered a traumatic head injury. With a metal plate in his head and doctor’s orders never to return to the saddle, Brady mostly finds himself wandering around South Dakota’s Pine Ridge Reservation (where he lives with his father and sister) with little to do. In the cruelest irony, the brain damage has given rise to a strange symptom: one of Brady’s hands sometimes locks into a clenched fist, physically unable to let go of whatever he’s holding onto.

Brady understands the animals in a way that suggests both long practice and natural intuition. His total absorption in the task at hand, his graceful combination of discipline and talent, his unshowy confidence in his own skills — all of these are signs that we are watching an artist at work. The film follows Brady’s reluctant struggle to walk away from the rodeo, the horses he loves so much, and the way of life he had pinned his identity on. The mixed messages of his community and peers — ‘be a man, suck it up, but don’t kill yourself’ — find him in a quietly tortured back and forth. He’s resolved to do the prudent thing one minute, then finds himself involuntarily drawn toward the saddle the next. He sells his beloved horse, Gus, but can’t bring himself to let go of his riding gear. His close friend Lane, another former rodeo star, is in the hospital suffering acute brain damage, and Brady still tries to convince him — and himself — that he will ride again. 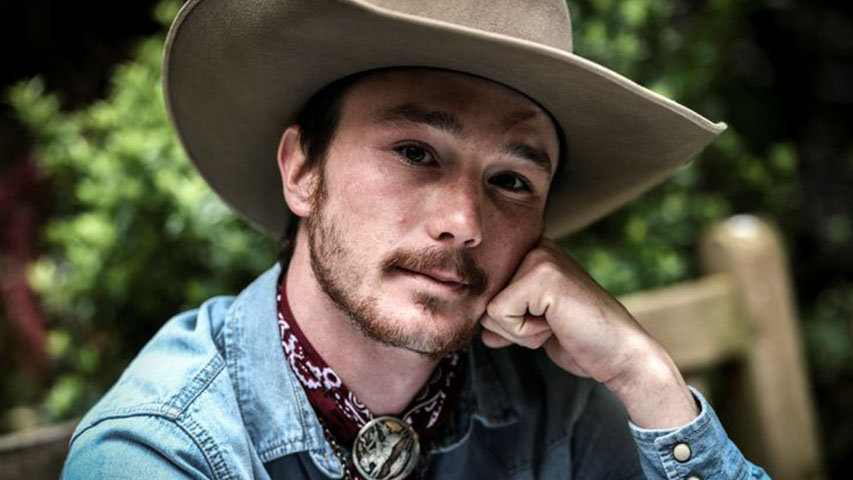 Zhao’s sheer commitment to her craft is clearly visible— she knows how to take care and when to take risks. She shows a connection between men and horses – one of the most enduring themes in cinema – like an increasingly abstract and nostalgic one. But Zhao’s framing of Brady’s story is unmistakably contemporary; she gets so close up that the screen practically exudes the smell of hay and sweat. It helps that her star has the best method training possible: Jandreau is a real former cowboy Zhao met while filming her last feature, Songs My Brothers Taught Me, who underwent a similar injury. When Brady tries his hand at breaking horses for a living (a considerably safer job than riding bucking ones) we’re watching Jandreau’s own intuition and physical awareness onscreen, a careful, wordless dance with a jittery colt.

Though none of the central cast has acted professionally before, The Rider doesn’t come off as amateurish. Brady’s performance as Brady Blackburn is astonishingly restrained and mature.

As the film details a hazardous course, The Rider reveals itself to be a dreamy portrait of men and beasts struggling to tame the wildness that, in so many ways, defines them. The rest of the film revolves around Brady slowly coming to terms with his new life, and fighting with his father over how involved he can still be in the rodeo world.

Surely, The Rider is going to be one of the unforgettable films of 2018.