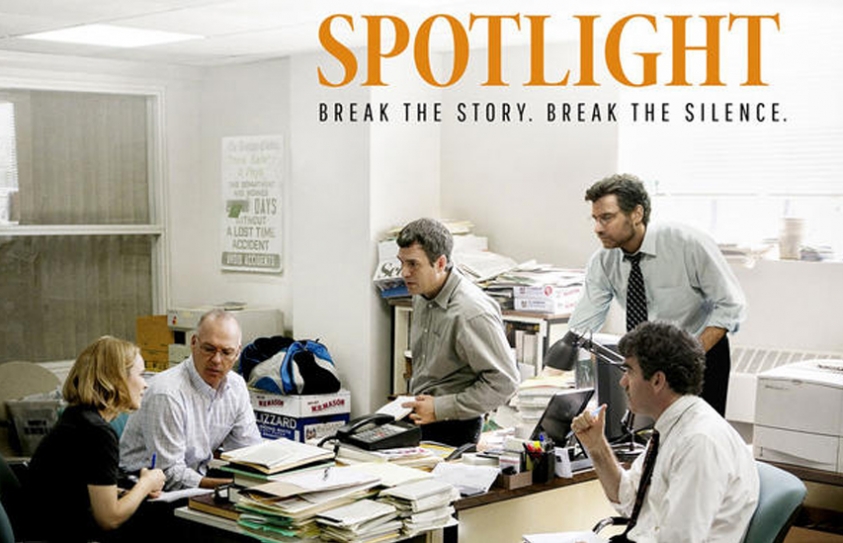 In 2001, the Boston Globe had a new editor-in-chief when Marty Baron (Liev Schreiber) came in from the Miami Herald. He had fresh ideas. The chief among them involved investigating the molestation scandal surrounding Father John J. Geoghan. It is just the case for Spotlight, the paper's four-person investigating team with the editor Robby Robinson (Michael Keaton) and the reporters - Mike Rezendes (Mark Ruffalo), Sacha Pfeiffer (Rachel McAdams) and Matt Caroll (Brian d'Arcy James).

However, investigating a controversial case was tantamount to suing the church but also blowing the whistle on the conspiracy of silence. It was a difficult task for a paper with a 53% Catholic readership and an unmarried, Jewish editor-in-chief in Baron at the helm of affairs.

Baron stays squarely in the sidelines with the spotlight on Spotlight. That is truly refreshing writing where the new head of a paper is not the hero leading a team. It is truly an ensemble film with each character getting their personal moments and a chance to shine. Every twist in the sordid case - which only happens to be the tip of the ice berg - is painstakingly detailed and written into the storyline. This was, after all, the story that was to earn the reporting team a Pulitzer in 2003. "It takes a village to raise a child," says Mitchell Garabedian (Stanley Tucci), the lawyer for the survivors, "and it takes a village to abuse one." 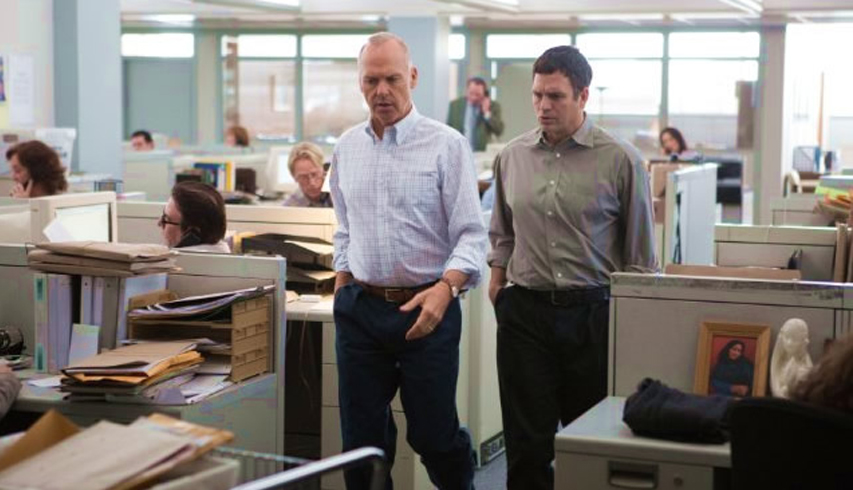 As far as biopics are concerned, Spotlight scores high in accuracy. It is elevated higher still with the performances, elegantly natural onscreen and apparently an accurate recreation of the team members' mannerisms.

In a time of censorship and the hotly contested debates on the objectivity of the press, Spotlight is a reminder of integrity not so long ago. And unlike the hysteria of certain television panel discussions, the film carries a sensitive restraint without demonising the predators and extolling the crusaders for the truth. It is all in a day's work, until the sheer enormity of the corruption takes an emotional toll on the team.

Spotlight comprises of conversations in every scene but does not devolve into a placid, verbose narrative. Instead, there is movement and urgency in every scene with a different setting for each character to break the monotony. Masanobu Takayanagi's fluid camerawork helps.

Sharp, smart and uncompromising, Spotlight is a welcome addition to the investigative journalism genre.