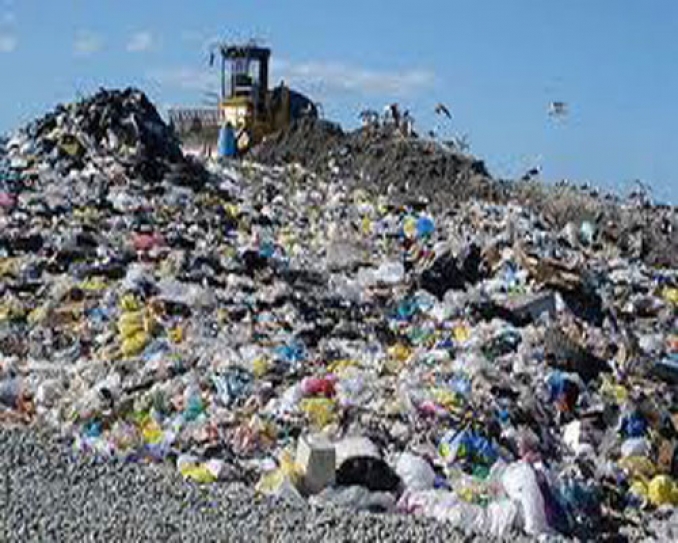 Global Waste on Pace to Triple by 2100

The amount of garbage humans throw away is rising fast and won’t peak this century without transformational changes in how we use and reuse materials, write former World Bank urban development specialist Dan Hoornweg and two colleagues.

By 2100, they estimate, the growing global urban population will be producing three times as much waste as it does today. That level of waste carries serious consequences – physical and fiscal – for cities around the world.

Hoornweg and co-author Perinaz Bhada-Tata expanded on their work from the 2012 World Bank report What a Waste: A Global Review of Solid Waste Management to estimate the trajectory of solid waste growth globally and to determine when it might peak.

In the earlier report, they warned that global solid waste generation was on pace to increase 70 percent by 2025, rising from more than 3.5 million tonnes per day in 2010 to more than 6 million tonnes per day by 2025. The waste from cities alone is already enough to fill a line of trash trucks 5,000 kilometers long every day. The global cost of dealing with all that trash is rising too: from $205 billion a year in 2010 to $375 billion by 2025, with the sharpest cost increases in developing countries.

In the new article, appearing in Nature magazine, Hoornweg, Bhada-Tata, and Chris Kennedy forecast that if business continues as usual, solid waste generation rates will more than triple from today to exceed 11 million tonnes per day by 2100. OECD countries, where populations aren’t growing as quickly and waste reduction efforts are underway, are likely to see their trash levels peak by 2050, the authors write. Asia-Pacific countries won’t peak until 2075. How soon Sub-Saharan Africa’s waste increase peaks will determine how soon the world’s trash problem begins to decline.

The results hold serious consequences for public services, government budgets, and the space consumed by landfills. Already, Mexico City’s Bordo Poniente and Shanghai’s Laogang receive more than 10,000 tonnes of waste per day, and the world’s more than 2,000 waste incinerators raise concerns about ash disposal and air pollution. Landfills, and uncollected waste, also contribute to climate change through the production of methane, a potent greenhouse gas.

It doesn’t have to be this way

The authors based their estimates on a “business as usual” scenario. The future doesn’t have to turn out that way, they say.

“Through a move towards stable or declining populations, denser and better-managed cities consuming fewer resources, and greater equity and use of technology, we can bring peak waste forward and down. The environmental, economic and social benefits would be enormous.”
Dan Hoornweg, Perinaz Bhada-Tata and Chris Kennedy, Authors of “Waste Production Must Peak This Century”.
“With lower populations, denser, more resource-efficient cities, and less consumption (along with higher affluence), the peak could come forward to 2075 and reduce in intensity by more than 25%. This would save around 2.6 million tonnes per day,” Hoornweg and his colleagues write.

Some cities are already setting positive examples for waste reduction. San Francisco, for example, has an ambitious goal of “zero waste” by 2020 with aggressive recycling. About 55% of its waste is recycled or reused today. Industries in Kawasaki, Japan, divert 565,000 tonnes of potential waste per year – exceeding the city’s current municipal waste levels.

Other tactics cities can embrace include:

Reducing food waste with better storage and transportation systems, which can both help lower trash levels and help feed a growing world population.
Construction strategies that reuse materials, saving trees and the energy that goes into developing other building materials and reducing waste.
Policies such as disposal fees and recycling programs that encourage less waste.

“The planet is already straining from the impacts of today’s waste and we are on a path to more than triple quantities,” the authors write. “Through a move towards stable or declining populations, denser and better-managed cities consuming fewer resources, and greater equity and use of technology, we can bring peak waste forward and down. The environmental, economic and social benefits would be enormous.”