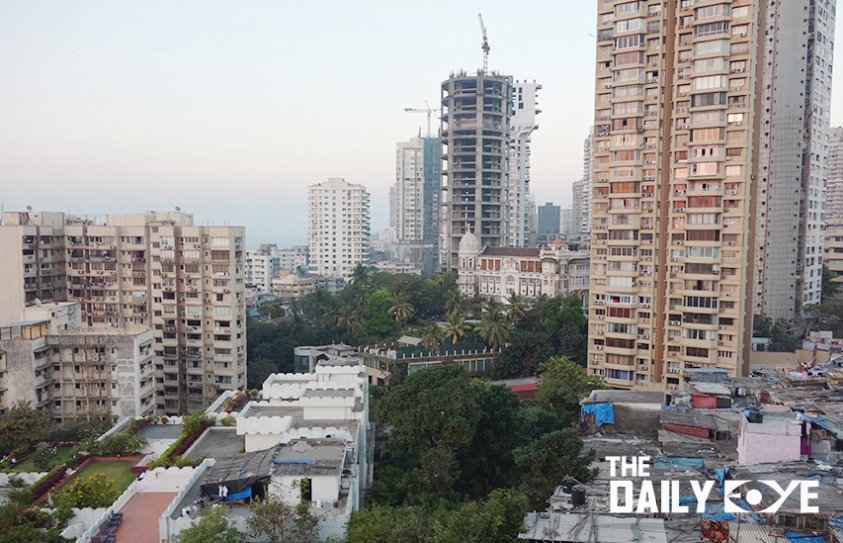 Prem Nagar – a lovers’ lane – has gone under. That one spot shielded from voyeuristic eyes by untrimmed wild bushes and shrubbery, on the seafront of Malabar Hill, is just one of Mumbai’s iconic retreats which has gone with the wind.

Couples, young and old, would fetch up there via B.E.S.T bus rides (route 122) to canoodle and whisper sweet nothings. Lore goes that a strikingly good-looking pair – he in a cotton jacket and Oxford tie, she in a chiffon sari and pearl earrings – were married to others. Regulars at Prem Nagar, over the weekend afternoons, they affirmed that romance knew no taboos in a metropolis which is under a strict scanner of the moral police today.

I have lived on the Hill (a hillock actually), at the tip-end of the city’s seven islands for more than half a century. Assimilating with the Richie Rich, the middle class and the toiling thousands within the fold of Mumbai was as natural as breathing.

The neighbours comprised a range from the old rich, top-drawer government and police officers to movie stars, upcoming entrepreneurs and a colony of dhobis at the ghat close to the Banganga water tank. According to mythology, Lord Rama had stopped there in search of Sita when she was kidnapped by Ravana.

Indeed, the Hill could yield tomes of unread stories. For instance, Dinanath Gopal Tendulkar who authored the eight-volume biography of Mahatma Gandhi, was allocated a cottage there, courtesy Prime Minister Pandit Jawaharlal Nehru.

Attired in khaki shorts and a baggy shirt, the singleton would step out every evening to narrate stories to children hanging around the close-by black stone Rocky Hill Flats. For their patience, Tendulkar would reward the kids with chocolate eclairs which he would buy from his lean monthly stipends.

That the placid, laissez-faire ethos had to alter with time, is let’s say endemic. The scores of colonial-style bungalows have been replaced by nondescript residential apartments, haphazardly architected government ‘quarters’, over-lit shops, cellphone stalls and slum colonies – which quickly turn into handy voter-banks during election-time. A single tarpaulin-covered ‘kholi’ fetches jaw-dropping prices.

Also, the Malabar Hill stretch is dotted with residential buildings, strictly for vegetarians. No restaurant can dare to serve a non-vegetarian menu; protests would enforce its immediate closure. Moreover, it is no secret that unwritten rules discourage - and that’s putting it politely - families from the Muslim community who aspire to move in to apartments here. Live-in couples are shown the door. 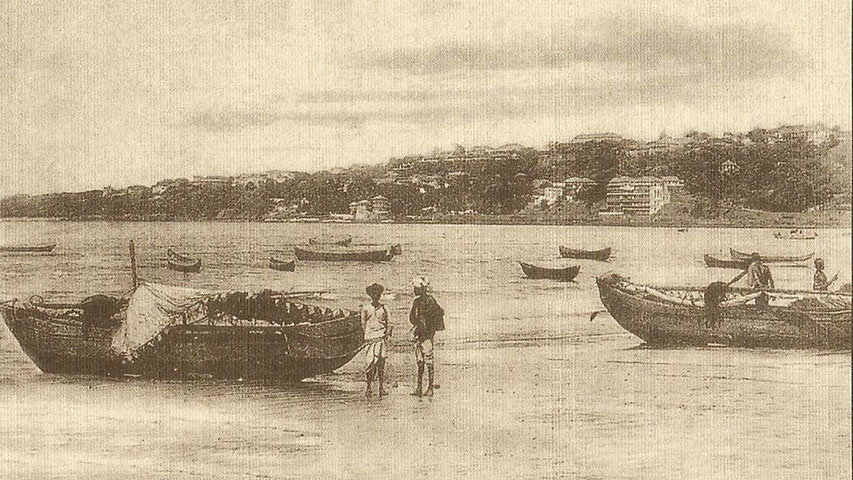 Inclusiveness, is getting tougher, in keeping with the overall ideology of the City of Maximum Opportunities.

Perhaps Malabar Hill is the epitome of the growing upper-crustiness of what has come to be known as South Mumbai. According to modest estimates, the prices of apartments are in the range of Rs 1,35,000 per square foot (U.S. $ 25,000) accounting for its status as one of the priciest neighbourhoods in the world.

Historical records maintain that the area was once owned by the Keyi family of Thalassery, who were here for reasons of business and had to ‘donate’ the property to the British East India Company. Mountstuart Elphinstone, in his capacity as the Governor of Bombay from 1819-1827, constructed the first bungalow on the appropriated land.

Following the Independence of India in 1947, the upscale area housed Raj Bhavan, the Governor’s residence. Over the decades, the Chief Minister of Maharashtra, occupied a concatenation of high-beamed rooms and chambers in a bungalow called Varsha.

Post-2000 particularly, industrialists have chosen Malabar Hill as their preferred homes. Circa 2012, the sprawling Maheshwari House was sold in part to Sajjan Jindal of Jindal Steel at the reported record-smashing rate of Rs 92,000 per square foot. Next, the real estate market was abuzz that industrialist Kumar Mangalam Birla had paid Rs 425 crores for the 1950’s two-storied Jatia bungalow. 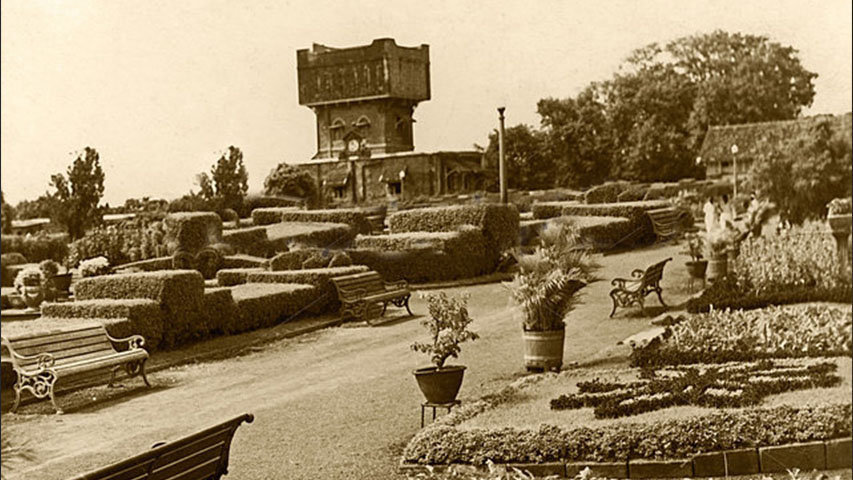 The ‘distinction’ of the most expensive private residence, however belongs to Antilla, Mukesh Ambani’s 27-billion-dollar tower on Altamount Road, which can be viewed from a distance from the terrace tops of Malabar Hill’s buildings. While Antilla often serves as a party venue for the Page 3 glamourati, it’s all quiet at the Jinnah House on the hill’s Mount Pleasant Road. Once home to Muhammad Ali Jinnah, the founder of Pakistan, it is closed to the public following property dispute.

As you can surmise, the lifestyle, the social disparities and the classic skyline, are all changing rapidly. All aspects considered, is Malabar Hill still the most-wanted address in town? Yes and no! Bandra has evolved dramatically, the homes on Pali Hill, Carter Road and Bandstand commanding prices which are as high if not higher. Ditto the oceanfront apartment and villas facing Juhu beach, not to forget the movie star-studded, tree-lined lanes of the Juhu-Vile Parle complex. Worli seaface, home to cricket luminaries and business czars, is also on a mega-upswing.

Clearly, there has been an in-your-mind division of the city into Sobo (South Bombay) and the suburbs connected by the Worli-Bandra Sea Link. Result: Malabar Hill is acknowledged as the ‘jewel’ in the crown of ‘older Bombay’ so to speak.  Some would compare it arguably to Los Angeles’ Beverly Hills associated since time immemorial with the legendary players of Hollywood.

Like it or not, the tag of the Beverly Hills of Bollywood is fading though. Yes, the families of actors Kamini Kaushal, the late Shammi Kapoor and Vinod Khanna still reside here. But Shashi Kapoor and his family have shifted to the suburbs. Among those who lived here in their heyday were Waheeda Rehman, Saira Banu and Zeenat Aman. 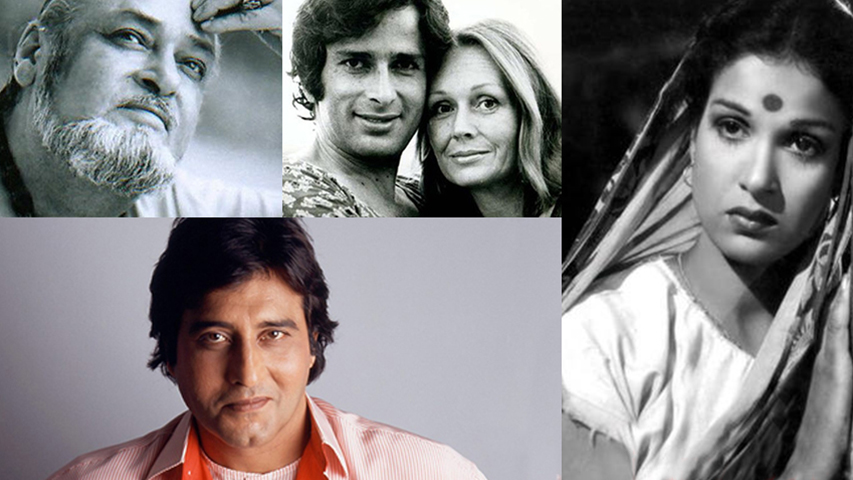 Still, there’s no gainsaying that in the absence of a perceptible interest in ‘conserving’ the neighbourhood, the hill’s likely to become just another neighbourhood deteriorating with time and the city’s favourite sport, road digging.

Intermittently, frantic digging activity is on at Napean Sea Road to widen the roads to prevent traffic clogging and also to make way for a grandiose expressway plan.

This is being done at the expense of the magnificent old bungalows which apparently haven’t found a place on the Heritage protection list. Heartbreakingly, the garden enclaves of at least two bungalows have been torn down to make way for slim, barely negotiable pavements.

A bungalow often described as the ‘Wedding Cake’ for its ornate architecture, has been a sweet survivor. Fingers crossed. Here’s one evidence of grand old architecture which stands out among the eyesore apartment blocks. Many more are underway.

Still an unshakeable Malabar Hillkar, what do I miss? For sure, the elegant contemporary crafts store which is now tightly shuttered. And what can’t I deal with? Pokey shops and bland eateries spilling over on the streets, tadka maarke.

Gratifyingly, the renovation of the tourist-friendly Hanging Gardens has been completed, the greenery intact. On the other hand, quite a few roadways – on the route to the Banganga tank – are either in a primeval state or strewn with rubble after road repairs.

At a pebble’s throw away, the Petit Hall area has become so haphazardly developed, that shops vend their wares on the streets and car parking rules are flouted unchecked. A villa believed to be Vijay Mallya’s attracts local selfie-clicking tourists.

Off Napean Sea Road, on a hillock close to the government ‘quarters’ Hyderabad House, an unlicensed parking area for rows of taxi cabs, trucks and tempo vans has gone unchecked.

Priyadarshani Park, packed with morning and evening joggers is still the most scenic spot, apart from Hanging Gardens. These are fine for walks and yoga exercises. On the flipside, there’s a chronic shortage of roads for the pedestrian. The walk from Priyadarshini Park to Warden Road is sheer hell, the restructuring only aggravating the urban nightmare.

A Rock Garden, opened with much fanfare over 35 years ago, today is a mere thoroughfare. After sunset, few dare to cross the uneven pathway steps leading to Little Gibbs Road.

That priceless land is being wasted is apparent not only in the case of the main Napean Sea Road artery where for over three decades, a sea-facing prime property has been vacant. Work at countless high-rises under construction has halted for years. Reason: litigation and the flouting of civic rules.

The uber cool hang-out, Naaz Café at Hanging Gardens - which was shuttered several years ago - has become a phantom zone.

To wrap, there’s no love in the air anymore in the Prem Nagar of the yesterdays.