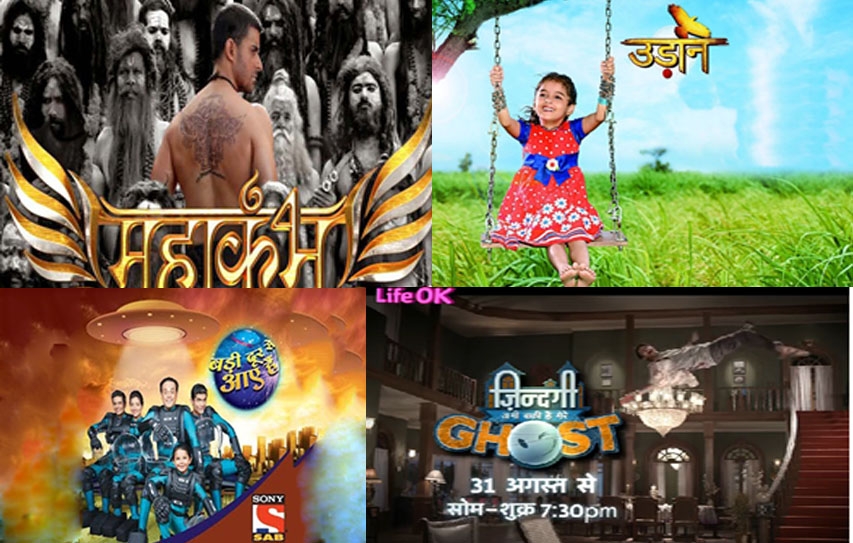 So Much To Catch Up On Television Review

As 2015 has a few more weeks to go, the year?s showstopper still remains Life Ok?s prime property Mahakumbh. However, there are still some shows which continue to grab viewer attention from time to time and have remained in their berths. Colors? Udaan is one such. Just when viewer interest seems to sag, the script takes a turn and springs a surprise. When Kamalnarayan who is being accused of killing Chakor finds a Chakor lookalike in Delhi, he lures Chunni, a petty thief with a hefty sum if she impersonates Chakor and comes with him to Azadganj where he will prove his innocence. Chunni agrees, she also helps Chakor?s mother regain her mental stability she also puts Chokka the real Chakor in a tailspin. Chakor and Chunni are twins, the grandmother had asked the midwife to take the second child away so as to save it from bondage with Kamalnarayan. Kasturi and Bhuvan know nothing of it. Now Kamalnarayan claims his right to brand Chunni as Kasturi had pawned her womb to them. Chakor and Chunni are each formidable foes. As allies they could be lethal for Kamalnarayan. But there?s time for that. Chunni is going to outsmart Chakor for now. Life OK?s charming horror comedy Zindagi Abhi Baaki Hai Mere Ghost?is quite entertaining, as the resident ghost family at Palekar House have taken a shine to Yudh who finds warmth in the Palekars? acceptance of him despite their status. There are some warm moments as Radha Palekar makes gajjar ka halwa, Yudh?s favourite. There is of course the son Ishaan who wants to use Yudh to take revenge on the family?s killer Peter D?Costa. Yudh is in love with Sophie- Peter?s daughter by an earlier wife. Peter?s second wife Veronica is a conniving sort and wants Sophie out of the way as soon as possible. There?s a constant element of fun in this show, as well as intrigue. How will the Palekars wreak vengeance on Peter D'Costa? Veronica too has something up her sleeve. Jaane Kya Hoga Rama Re?also merits a watch. What I have seen so far, I have liked. Without a doubt Tanaaz Irani is one of television?s consummate actresses ? here she shows her dramatic skills as the scheming Veronica D?Costa ever sharpening her fingernails to lead an attack be it even her husband Peter or her step daughter Sophia. Later in Bade Door Se Aaye Hai as Lisa again as a Goan, she fits into this laugh riot like a well fitting glove. Sony TV has three very fine actresses at prime time. Pyaar Ko Ho Jaane Do which stars Mona Singh who has a strong association with Sony as an actor and anchor. Parvarrish Season 2 is helmed by Sangita Ghosh and Gautami Kapoor. Sangita Ghosh?s earlier outing on Sony Kehta Hai Dil Jee Le Zara received a respectable viewership despite its off-beat track of an older woman and younger man. Perhaps this show will be received better than Gautami?s recent ones which were pulled off the air. Do wish Sony resorted to their weekend catch-up which they did some years back. This way it would be easy to keep pace with these new shows. Wonder what?s replacing Maharana Pratap which will soon wind up? Will one of these shows move up? So much catching up to do.