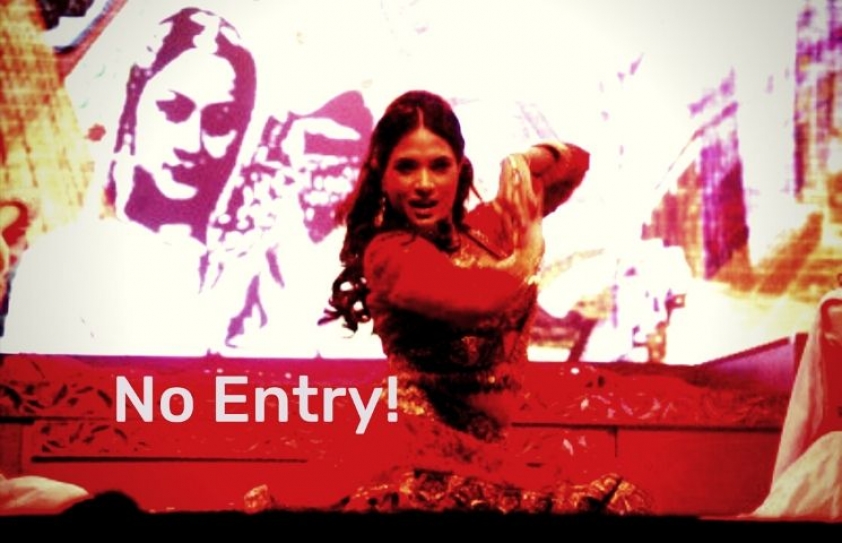 All the world’s a stage; not in Mumbai theatre at least.

Frankly,  close to nine years ago around the monsoon season, theatre didn’t prove to be that long-cherished platform to narrate a story which was of some value to me – a story about a pre-teen boy who was saved from a road accident by a kothewalli adjoining the city’s famed Kennedy Bridge.

Drawn from a true-life incident, the boy was named Jahaan and the kotha girl Shehzadi for the stage play titled Kennedy Bridge – staged circa 2011. It sought to trace the boy’s love for his saviour. On becoming an adult he was confused about the nature of his love. Was it platonic or had it developed with time into a sexual attraction? Meshed into this dramaturgy was the sub-text about the extinction of Mumbai’s once-upon-a-time kotha culture (faint similarities of the Pakeezah ambience were organic, if I may say so). Beer bar dances and then escort services had taken over.

The form I chose to dramatise the story, located between the 1950s and the ‘90s, was a fusion of enacted drama: video interludes, kathak, ballet and rock-‘n’-roll dance set pieces,  a mix of Bollywood and rock music for the soundtrack, plus backdrops created from artworks, courtesy artists Akbar Padamsee and Chintan Upadhyay.

No such pretensions. I was more than aware I could bungle majorly but what the hell no pain, no reassurance that the creative instincts were still percolating within me.

On the city’s theatrescape, I’d had it with watching desi spin-offs of Neil Simon comedies, bland elocutions of heavy-duty texts and the chronic absence of breakaway stylisation in the hit plays of the  various seasons. Sexist jokes about marital infidelity, which commanded ripples of guffaws from packed-to-the-rafters audiences, were getting my goat. 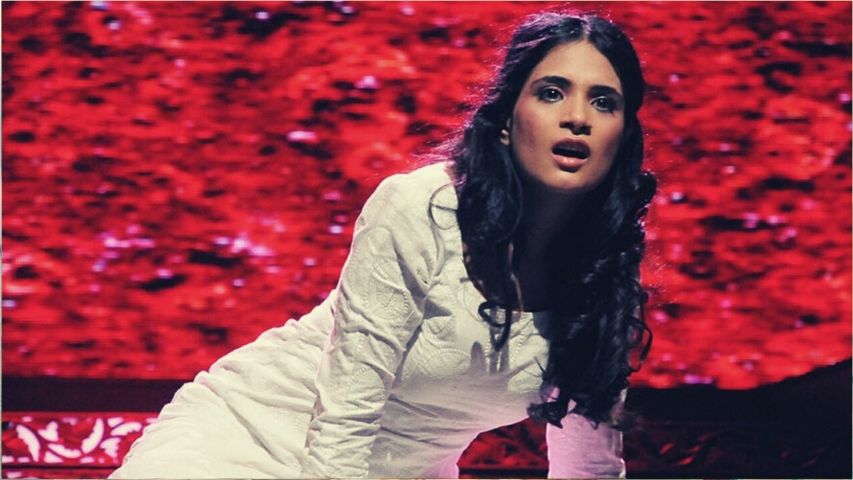 Experimental endeavours at the Prithvi and the smaller theatre at the National Centre for the Performing Arts did occasionally yield a play of substantial quality and substance. Dare I dream to add to the off-mainstream harvest?

I met up with producer Ashvin Gidvani who told me he loved the story so would, I get cracking on writing it? I did. Friends were unwaveringly supportive, photographer Ketaki Seth encouraging many to watch the play. She paid me the highest compliment ever, after a dress rehearsal, “You understand women,” she said quietly. I thought I’d touched some hearts and minds, the rest depended on its opening show and the scheduled line-up of performances at the commodious Tata theatre of the NCPA.

The acting cast was a joy to rehearse with. Richa Chadda, so impressive in Oye Lucky! Lucky Oye! (Gangs of Wasseypur was in the works meanwhile), was cast as Shehzadi. Manav Gohil played the male lead Jahaan, my alter ego as it were. Achint Kaur portrayed the kotha madame and Asif Ali Beg, the household’s trans-gender help and confidant to the madame as well as to the kotha’s star, Shehzadi. To my abiding gratitude, they went on to become my friends for life. Neither can I ever forget the born-natural child actors – brothers Yash and Hrithik Belani – whose mother ensured that they never blindsided their school studies.

One said I was relentlessly cannibalising my own life story (and I thought that was a virtue). I was told that Anil Dharker had walked out after the interval, huffing, “Such Bollywood shit!”. A prominent artist kept sneaking out for a cigarette break in the foyer’s smoking zone. A journalist, specialising in the arts, politely said she found the video wall distracting. 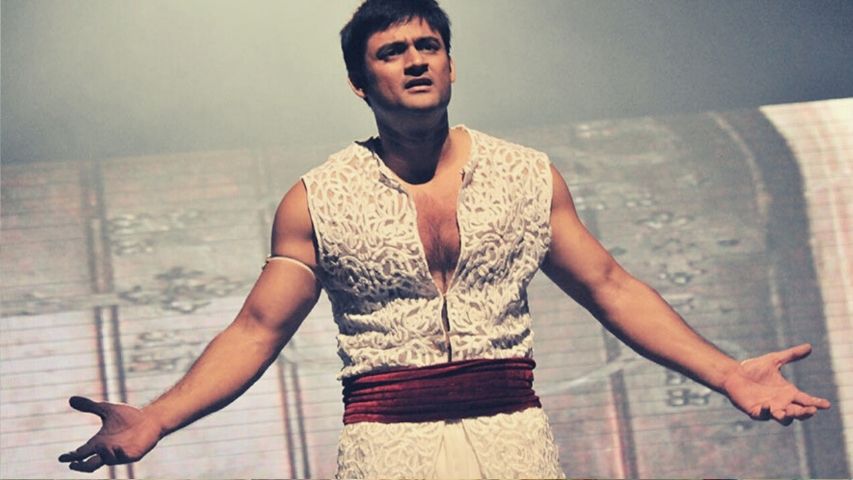 A stage stalwart gave me the warmest hug ever backstage after the play’s premiere. Alas, the hug’s warmth turned icicle cold when the producer showed me the sms message she had sent him, congratulating him for the lavish production design (including a wow for how Richa had been outfitted for the later scenes, showing her as an ageing termagant) but flogged the rest of the play.

After a fistful of shows at the Tata, Sophia, St Andrews’ (The Royal Opera House was still under renovation then) and a sponsored drinks-and-dinner event at a suburban five-star hotel, it was a wrap. Let me not go into the specific reasons for that.

Suffice it to say that I look back at that one-time effort as a period of learning. Ashvin Gidvani had done his best to make the play go beyond the confined theatre norms. Three lead actors  and I were even flown to Puducherry; the actors were coached in voice modulation at Veenapani Chawla’s hallowed institute, Adishakti.

More than likely, it was I who had blown it.

Theatre is theatre, you can’t impose any other vocabulary on it,  I had spoken in an alien tongue. I had to come to the unnerving conclusion that Kennedy Bridge had turned out to be a ‘vanity exercise’ despite my inner voice warning me not to stray into that space.

Learning did I say? You bet. And so here’s sharing some of the lessons learnt. 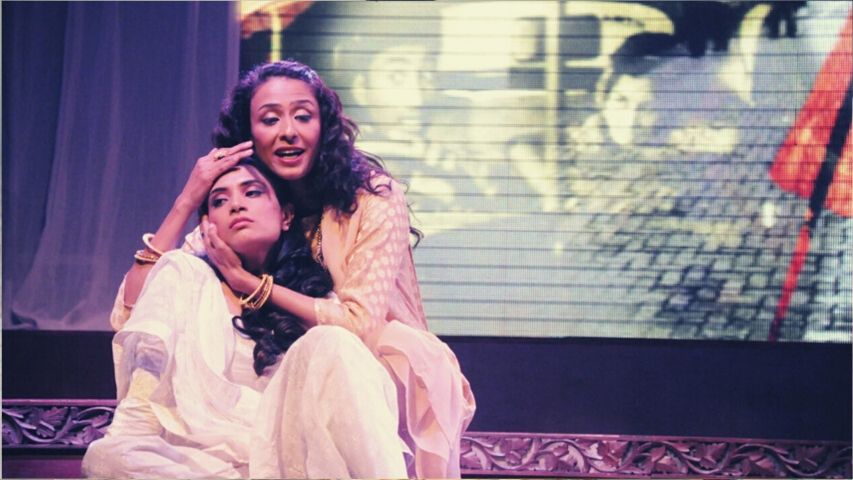 Consequently, I’m hazarding a guess that theatre is an expert’s metier, strictly. If you, a first-timer, wish to enter, do so at your own risk. Stonewalls can be broken but not always.

Would I ever do a Kennedy Bridge again? That’s a no-brainer question. Big yes.

Truth be told, for over a couple of years now if not more I have strived to stage a musical play titled Rishi, co-written with actor Rishi Kapoor. The budgets I have elicited from ‘interested parties’ have been laughable.

In the event, I’d rather keep off a production which could be tacky if not mediocre. Never bungle in any jungle. Guts and glory be damned. That’s the least I owe to Rishi.