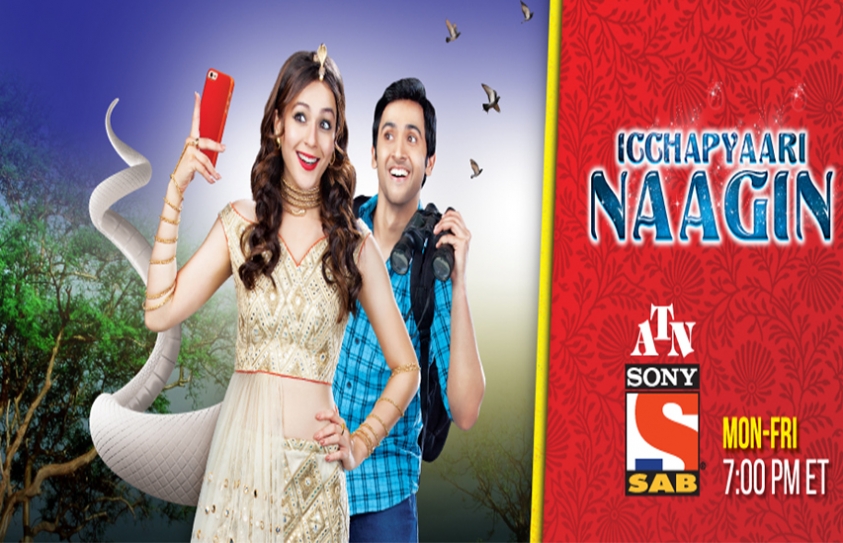 Of Meanies And Queens

What’s a soap opera without a couple of mean women or vamps? Call them what you may, these epitomes of the Wicked Witch from the West or East from the Wizard of Oz, are significant part of the casting of any soap opera. All the goody two shoes women who float around in zari covered silks or, as of now, spangled chiffons, are a blank square in the grand design of the screenplay. You must simply have a black character or two to keep the audience from falling asleep. So at an appropriate time in the narrative the doorway is darkened by an evil relative, usually an aunt; in a dark sari, heavily accentuated eye makeup and lush red lips with nail polish to match. The evil woman has arrived! Prime time has had its share of scarlet women and troublesome aunts, etc. A change of gender wouldn’t hurt anyone. So SAB TV’s two shows -- Y.A.R.O Ka Tashan and Ichhapyaari Naagin have two noticeable villains creating havoc on screen.

As Yo- Man, Yaron has to now go beyond fighting social menace, as troubles come from the new protagonist when Mr. X enters the scene. Modeled along the lines of James Bond’s nemeses with their super tech laboratories which churn out bombs and virus to destroy cities, Mr. X too has his inventors and weapons of mass destruction. Ajay Sharma has bagged the role of Mr. X, who aims to rule the world and destroy YARO. A genius super villain who manipulates and uses technology along with his stooges, plans to rule the world. He is a power hungry megalomaniac. Obsessive and inflated by his ego, he cannot accept defeat therefore when Yo-Man ruins all his plans, he makes it his life's agenda to exterminate Yo-Man. Mr. X’s confidante is Chote, a ventriloquist’s dummy, who calls him Bade in turn.

Ajay Sharma cannot be faulted in playing Mr. X with a suave vengeance. But unfortunately, he drops points as he fails to give authenticity to his bit as a ventriloquist. Anyone who has watched a ventriloquist will remember that the lips are very slightly parted as the voice is thrown and there is a movement at the neck. After playing Samar Ghotala, the lost and found alien son in Bade Door Se Aaye Hai, Amit Dolawat is spinning mean webs in Ichhapyaari Naagin as Makraant, an ichhadhari spider. He has the power to manipulate people by throwing his web on their hearts. He has been attacking the Pehelwan family and Ichha on Vishnaini's orders, which makes Ichha's family members turn against each other. He is an actor to watch. He is doing such a great job at being nasty and vicious, that he makes you want to see more of the tilt of his head and evil look.
& TV’s Queens Hain Hum has gone through its pool parties, theme evenings, and a godh bharai for good measure.

These five women work hard and party even harder. There have been takes on arranged marriage for Jhanvi, a divorce for Akanksha, a family rift for Tanya, etc. but all this pales in comparision to what is coming up for Shreya. This former model from Mumbai who is married to a prince finds out that her husband is impotent. On a trip to Mumbai and Goa, she gets her husband to see a sexologist and psychiatrist. Indeed a progressive script element instead of pushing it under the carpet, it brings out in the open that Rathore will undergo fertility treatment and psychiatric help. Will this rock Her Highness as the the Queen Mother is addressed as?
Borrowed from Sex and the City, Queens Hai Hum can’t go the whole explicit hog, so the script is fairly watered down, with some progressive elements. Yes, it is among the more watchable serials.