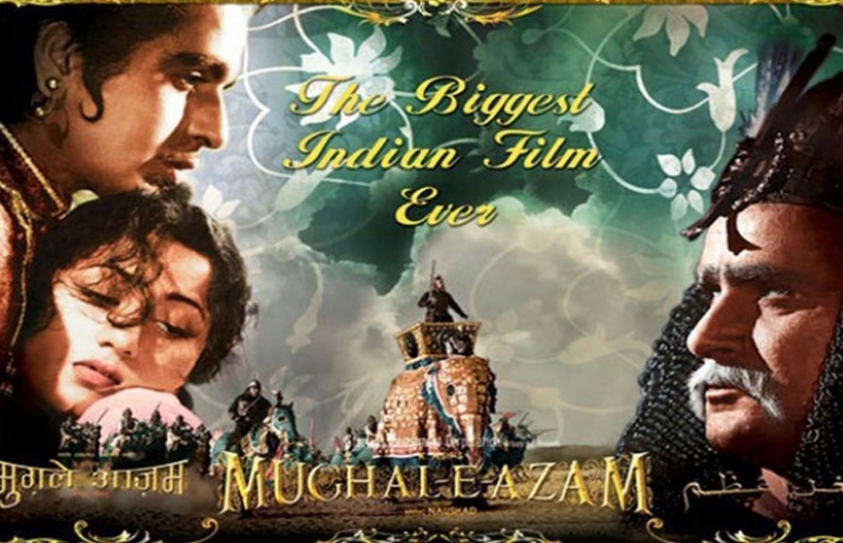 Sometimes all it takes is a dream. Feroz Abbas Khan wanted to do a play based on the K. Asif classic Mughal-e-Azam for years. Finally the universe conspired and the production was put together together--the original producers of Mughal-e-Azam—Shapoorji Pallonji—came on board to produce the play, along with National Centre for the Performing Arts (NCPA).

There was some skepticism—some said today’s generation has not seen the film, they will stay away; some said people will nostalgia about the film will nix the stage production--after all who could match greats like Prithviraj Kapoor, Dilip Kumar, Madhubala, Durga Khote, Ajit and Nigar Sultana? Director Feroz Khan was confident that he would pull it off, but also a little nervous—the memories of the film (for the many that had seen it) are ineradicable. Others said a play without stars will never work. Mughal-e-Azam turned out to be biggest stage hit of 2016, and such was the magic of the musical that the shows scheduled for the beginning of 2017 were sold out weeks before the opening, in spite of demonetisation. And yes, the young came in droves and sang along with the ever popular numbers.


Manish Malhotra’s costume, Mayuri Upadhya’s classical choreography, Naushad’s immortal music remixed by Piyush Kanojia blended seamlessly with the technical finesse brought in by technicians from the US and UK. The actors who are picked by casting director Mukesh Chhabra are not stars, but the right kind of performers needed for the play—with perfect diction and fine singing voices.

The production is a never-seen-before kind of dazzling spectacle, but the fact remains that some stories are timeless. Mughal-e-Azam may be set in a royal household, but at the core it the story of youthful romance, parental opposition and the defiance of the young challenging the authority of parents—in this case that of the Emperor of Hindustan.

The biggest triumph of the play was that it stood out as an independent piece of art, not just a film-turned-into-a-play about Emperor Akbar’s opposition to the love story of his son Prince Salim and the courtesan Anarkali. If Feroz Khan had not accomplished this feat, audiences would have said, why spend money on expensive tickets, just watch the movie at home!

There was also the uncompromising fidelity to the narrative flow and dialogue of the film--there was surtitles, but hardly anyone must have looked at them, so mesmerising was the visual quality of the play. The Sheesh Mahal song Pyar kiya to darna kya that was a highlight of the film, is magical on stage.

What the success of the play proved is that with the right support and adequate resources, Indian theatre can match the best anywhere in the world; and also that audiences, even in the time of a fiscal crisis, are willing to spend on a live production if the beauty and scale promises to match their expectations. Shabana Azmi and many others have commented that Mughal-e-Azam marks the coming of age of Indian theatre. At the very least it has set a benchmark, and shown other ambitious theatre makers that it is possible to dream big... the means and the audiences will follow.