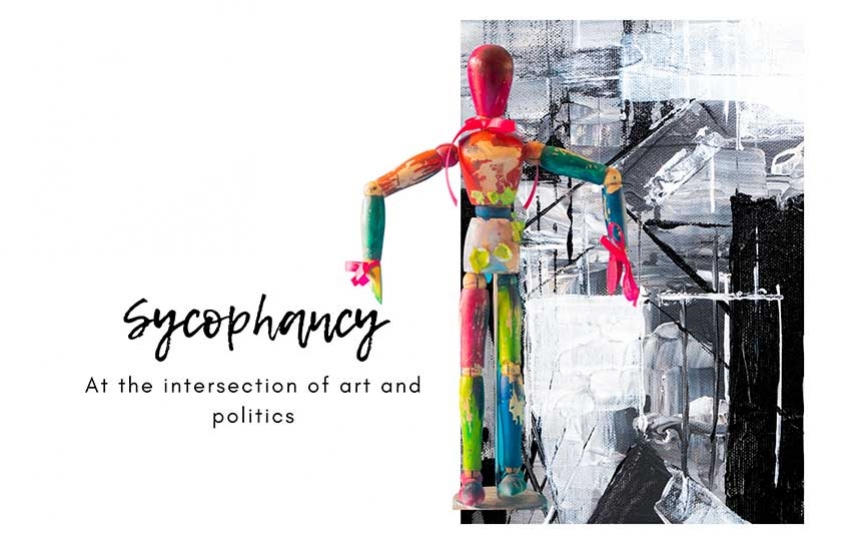 Vinta Nanda writes about the mood in the country. She says that Bollywood and Indian Politics, both, are in deep denial.

It was cringe when DK Sivakumar, Indian politician and businessman currently serving as President of Karnataka Pradesh Congress Committee, in an interview with Navika Kumar of the news channel Times Now said, that the Indian National Congress (INC) cannot be run by anybody other than the Gandhi family.

If there is one thing that will make the Indian voter hesitate from putting her faith in the INC, it is these words – when spoken, it means the Congress party and its central leadership are not in sync with the present mood of the country.

And R Balki, filmmaker, adman and director of the films Cheeni Kam and Padman, has also said something similar in context to Bollywood. In an interview with a leading daily, Balki called the entire debate on nepotism foolish.

He said, “It’s undeniable that this happens everywhere. Think about the Mahindras, Ambanis, Bajajs - their father passed on the businesses to them. Does anyone say no I don’t think Mukesh Ambani shouldn’t run this business someone else should? In every strata of the society, it happens; even a driver or a vegetable seller passes on businesses to their children. So, it’s a foolish argument. Remember we live in a free society. The question is do they (star kids) have an unfair or bigger advantage? Yes, there are pros and cons. But I’d ask one simple question: Find me a better actor than Alia (Bhatt) or Ranbir (Kapoor) and we’ll argue.”

Repeat: Find me a better actor than Alia or Ranbir and we’ll argue.

What Sivakumar and R Balki have said might sound like music to the ears of the INC and to Bollywood respectively, both of which, it is widely perceived, encourage subservience to dynasties. While Sivakumar might curry favor with his high command, R Balki will perhaps manage to curry an A List ensemble for his next film.

But, in a country where the most intransigent discourse at this point in time is the ‘insider-outsider’ debate, don’t these voices exacerbate the challenges, which these two important institutions face?

Does it not make you wonder if Congress is indeed contesting elections to win them and if Bollywood is conscious of the existential crisis it must attend to urgently?

What Indian voters who also comprise audiences are sure of is, that it is their right to choose their hero’s by capability and not basis the family that they are born to. Neither the conservative nor for that matter, the liberal Indian wants to surrender her freedom to this kind of obeisance anymore and the writing is on the wall. 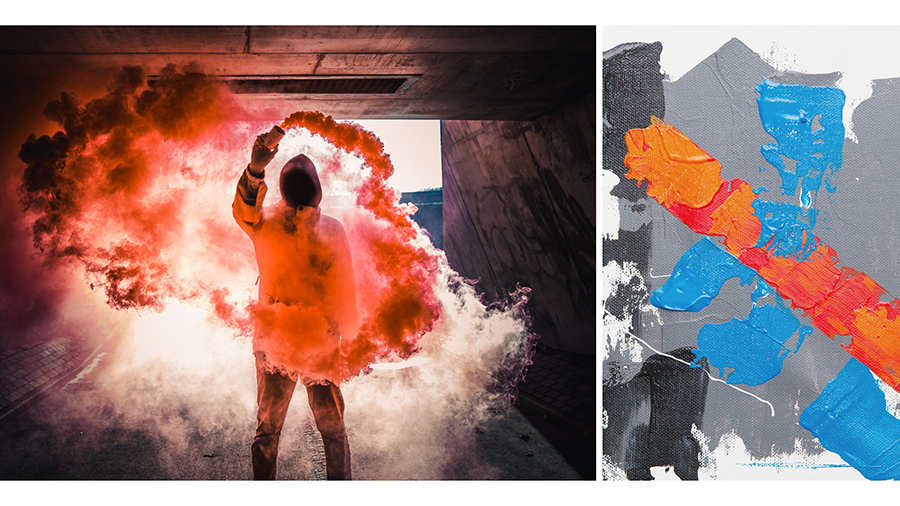 Please make note, by this what I’m saying I ‘do not’ mean that those born to illustrious families are not talented or that they don’t deserve to be given space. In fact that is what would be foolish to say because on a level playing field, each and every person - whether from a privileged background or a disadvantaged one – has equal rights to opportunity in a free society - more so in the universe’ of politics and art, where genius can take birth anywhere and opportunity should be ubiquitous.

Either these two apple polishers don’t know that their flattery is causing harm where it is unintended or else then, they are aware, that their panegyric is serving mischievous purposes.

It’s a pity that those who are indeed advantaged and also capable; e.g. Rahul Gandhi and Priyanka Gandhi in politics and Ranbir Kapoor and Alia Bhatt in the Indian Film Industry are being forced to suffer them.

Reprehensible patriarchy and wicked feudalism have damaged us seriously and young impatient generations in India across socio-political and socio-economic chains of command are putting up brave fights to dispense with these pernicious conditionings, which they rightly believe have held them back.

Every generation battles with its previous one to replace old ideas with new. Young Indians today have an advantage because they outnumber their elders. India’s population of 1.3 billion people breaks up to about 26.6 percent in the 0-14 age-group category, 67 percent in the 15-64 age group and 6.38 percent were over 65 years of age as reported. It doesn’t need to be pointed out, that youth is informed and more independent than its predecessors were twenty-five years ago.

When leadership cadres stoop, they baffle more than impress. Accepting their adulation, which is designed to divide talent basis its consanguinity, is tantamount to committing hara-kiri.

Both, the privileged politicians as well as advantaged actors must know that sweet talkers are detrimental to their careers. How can a democratic, liberal, inclusive and secular ideological front or for that matter, an art, which offers autonomy to its consumer, survive if they permit their charmed circles to fawn over them like this?

The only reason for the mother of all political parties in India to have kept on losing ground in recent past is that it has lost the pulse. The same can be said for Bollywood.

Why is it that leaderships in Indian politics and business continue to remain in denial about the fact that the overarching thirst today is to correct divisionary coercions, which have driven social, cultural as well as political discourse for ages?

Common men and women understand that it is their tenacity, perseverance and the efforts that they make to claw their way up the mainstream, which fuel business and politics; that their contribution, irrespective of whether they are counted in taxpayer brackets or not, is crucial to this discussion. 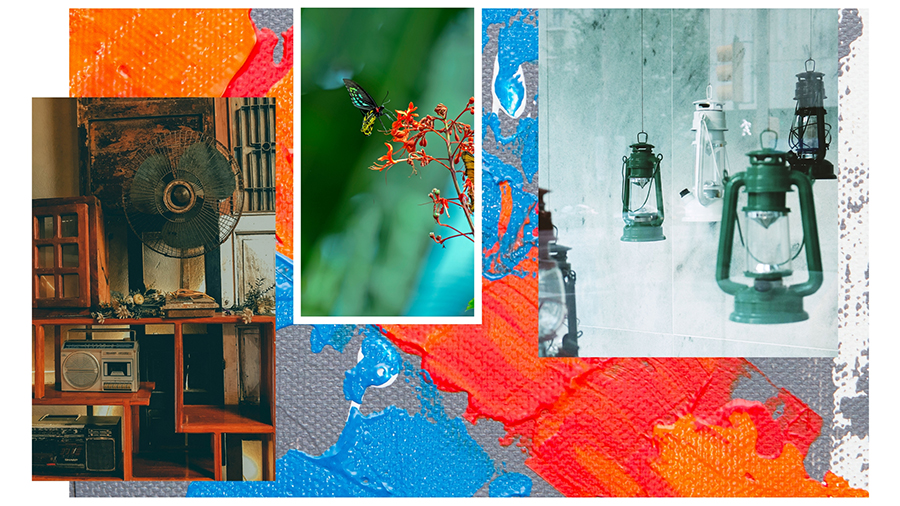 The poorest know that, on an insignificant purchase of kerosene to keep their kitchen fires burning or for that matter, a movie ticket bought by them to escape their hardships, are acts of consumption and that they are adding something, however small it maybe, to a larger kitty; also that it is the cumulative whole of this giving, which keeps the ball rolling.

The difference in the quality of life between those who afford luxury and those who don’t, is glaring. The sharp contrast in lifestyles of those who borrow and those who work hard to put two square meals on their table has therefore become untenable.

The same goes for the decision taken by the Government of India in the midst of a health and economic crisis to build a brand new Parliament House at a humongous cost.

It is important to note that the silence of people at large is not their consent. In these times, it is a well-known and documented fact that an unholy alliance between business and politics owns the media. It is therefore difficult for the public to voice its dissent.

Leaders must be alerted to peoples impassivity because taking their silence for granted is a mistake - it is anger simmering beneath the surface, which can explode at the slightest provocation and we’ve seen it happening more than once in the recent past.

Social Media frenzy after Sushant Singh Rajput’s death by suicide and outbursts after Mr Amitabh Bachchan released a gracious video from Nanavati Hospital Mumbai, where he is presently recovering from COVID - in which he has expressed his gratitude to medical staff - was disturbing to say the least.

It’s high time for those occupying berths of power to realize that privilege is a thing of the past – it belonged to those times when people at large were not aware of their own potential.

Children of Bollywood stars must gain command over their craft way before they are launched. They must build their bio-data like others do, if for no other reason, then to save their art.

Taking advantage of media, which can be bought by deep pockets to garner eyeballs, should be condemned.

Similarly, scions of political families must also prove their mettle - by serving the people of the country and documenting their grassroots experience. They must place their vision on the table before they expect to be trusted.

Muscle power, which can be either inherited or bought by deep pockets, should be condemned.