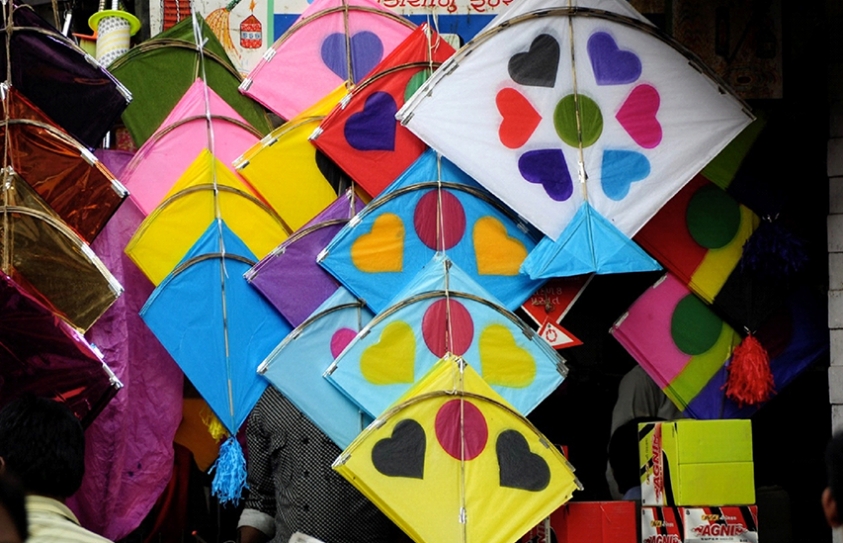 THE ROMANCE OF KITES

In mid January, the skies over Gujarat and Maharashtra are gaily speckled with kites, diving, soaring and getting at each other. This day marks the solar ingress into Capricorn. In the north, the advent of spring is also celebrated with kite contests. To be acclaimed the victor, the flier must ‘kill’ nine kites. The victorious kite or Naushervan is then cut loose, and is the most sought after souvenir among kite chasers. Also, by tying the vanquished kite to your own, you can fly two kites simultaneously.
In my childhood memory, Makker Sankranti was assocated with three things – kite flying, til laddus and a chilly wind in the air. Some schools declared Makker Sankranti as a holiday, so it was common to see groups of youngsters and some adults collect on terraces of their buildings to fly kites. They would pose challenges to each other to cut down the kite. This is beautifully rendered in Rajan Khosa’s film Gattu, with the excitement of bringing down the big one. Gujaratis would head for their home towns in Gujarat just for that day of flying kites. Soon the Gujarat Government capitalized on the kite craze and introduced a Kite Festival. 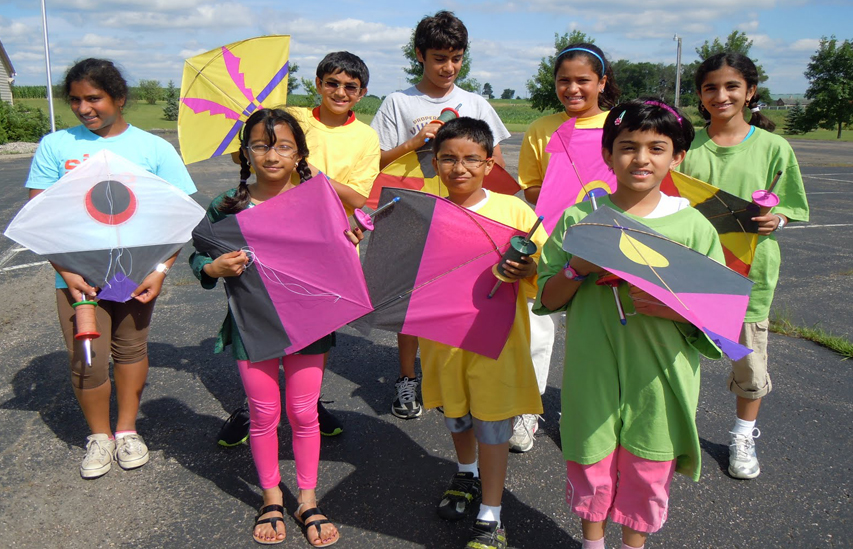 Kites are a tribute to man’s genius for they are the most versatile of all his inventions. Kite flying can be a pastime and a national sport; kites have been used for espionage; they have enabled scientists to study weather conditions and wind velocity, in the nascency of scientific development. They have also been regarded as weapons to ward off evil spirits.
Some historians maintain that the kite was invented in 5th century BC by a Greek, Archytes of Tarentum. But the Chinese claim that it originated in their country in 206 BC. It was then that General Han Sin of the Western Han dynasty routed his enemy by creating an eerie image of his foe in the sky with the use of kites. During the Boer War, Capt Baden-Powell of the Scottish Guards lofted a spy on a kite over enemy territory. While Lord Hastings used it as a battle signal.
In the late 1840s, a young boy named Homan Walsh sailed a kite across the Niagara Falls making it possible to lay a thicker line and a cable. This helped in making the first railroad suspension bridge between the United States and Canada. Walsh was paid $10. In 1901, Marconi used a kite to hoist an antenna on the receiving station in Newfoundland to send radio signals across the Atlantic.
The Wright Brothers – Orville and Wilbur – would never have been aviators had they not been kite enthusiasts.Benjamin Franklin used a kite and key to prove that electricity in lightning was the same as that produced in laboratories. In 1983, Douglas Archibald, an Englishman, flew a kite with an anemometer and measured wind velocity at 1,200 ft.
During the early 20th century, the US Weather Bureau (now National Weather Service) used kites for weather forecasts. They used the Hargrave or Box kite – flying three or more kites strung in a row along a piano wire. The kite at the highest altitude recorded barometric pressure, temperature, wind velocity and humidity by means of a meterograph. 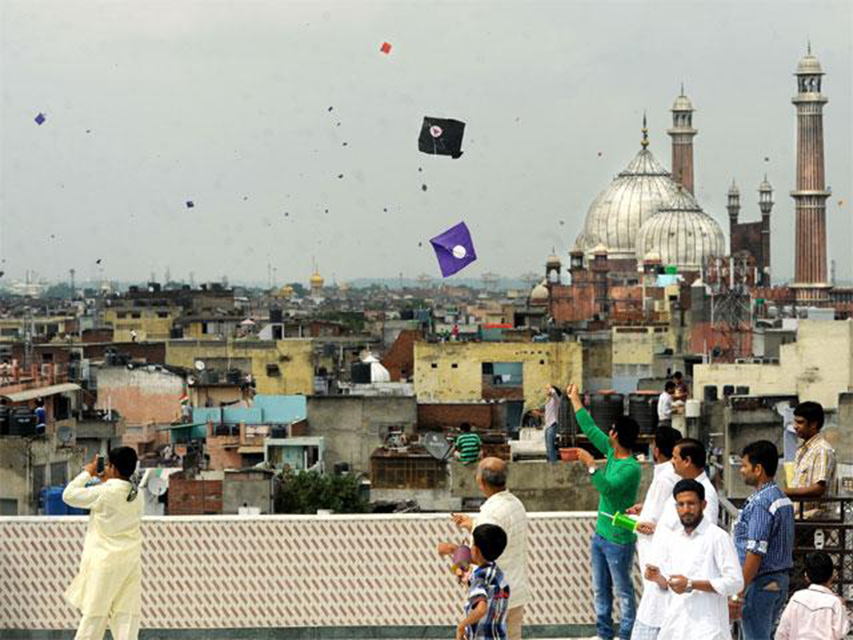 Kite flying has also had its minor mishaps. Ladies in a beauty parlour on Rhodes Island had some ‘high’ moments when they were under hair dryers and the power supply failed. A kite had got entangled in the power lines, resulting in power failure.
In Asia, kite flying has a festive note. In some areas it is part of local superstition – kites being flown over one’s house are meant to ward off evil spirits. The Maoris chant when they launch a kite. In China, the ninth day of the ninth month is set aside as Kites’ Day. On that day, thousands of kites, shaped like dragons, fishes, birds and butterflies float in the skies. Legend has it that a young man once dreamt that a catastrophe would befall his household on a certain day. That day, he took his whole family to a hillside and flew kites. He returned in the evening to find his homestead in ruins and his livestock buried under debris, Kites’ Day therefore celebrates his family’s escape.
In Japan too, kite flying had assumed such proportions as a sport that the Diet banned it to make people work more. It wasn’t uncommon for an entire Japanese village to turn up to lend a hand in launching a kite, the area of which was no less than 30 m².
In the West, particularly in the US, kites were also used for commercial purposes – such as advertising. Kite flying contests also included prizes for the best made or most unusually designed kites.
According to Indian lore, a king used a kite to send love letters to his queen. On the other hand, kite flying contests are held to judge the skill of the contestants in flying their ‘machines’ and their prowess in aerial ‘combat’. Agra boasts of a month-long kite competition – Nirjala. This tradition has been handed down from the days of the Mughals. As a sport, it first took root in the north with Lucknow as its centre, later spreading to Gujarat, Rajasthan and Karnataka. It wasn’t unusual to see royalty, including the emperor and his begum, flying kites from the ramparts of their palaces. Lovers also used kites to send messages to each other.