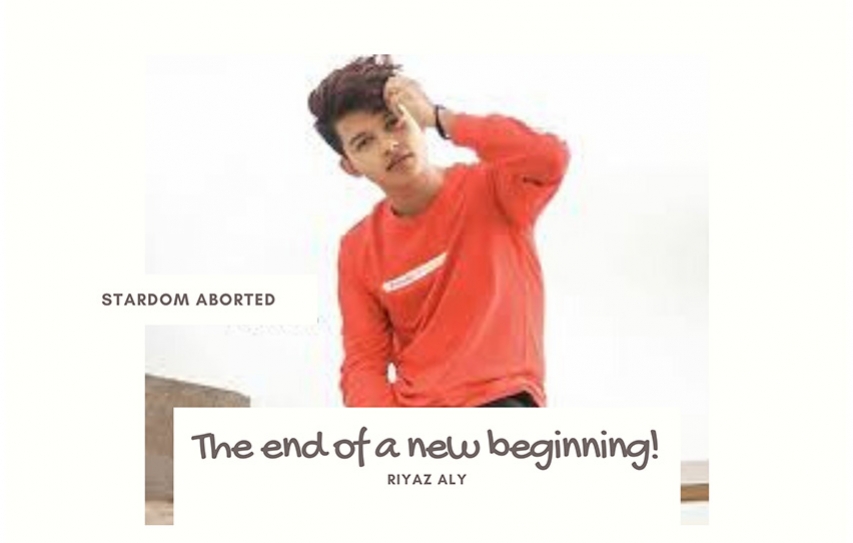 Sandeep Goyal says that the one thing he has never understood about TikTok is – why does its millions of followers not convert to larger earnings for its influencers?

It was a Monday on 29th June 2020; a day that millions in India will remember for a long time. Close to the end of the day, the Government of India banned 59 apps of Chinese origin, devastating the world of thousands of influencers’, especially those on TikTok.

It was said that the Chinese apps were engaging in activities that threatened ‘national security and the defense of the nation, which ultimately impinges upon the sovereignty and integrity of India’.

The legion of TikTok content creators and millions of their followers were stunned into silence.

The SoftBank-backed TikTok, with more than 200 million monthly active users in India, is not new to controversy. The TikTok app was blocked in India for about a week last year - its owner ByteDance had then stated in a court that it was losing more than USD 500,000 a day in India due to the ban.

TikTok had again been facing a severe backlash in India since the second half of May after users pinpointed and shared numerous recent TikTok videos on Twitter, which appeared to promote domestic violence, animal cruelty, racism, child abuse and objectification of women.

Many users left a very poor rating of the TikTok app in the Google Play Store to express their displeasure - and the Android-maker had to intervene and delete millions of horrifying comments. But the 29th June ban is made of much sterner stuff with a reprieve very unlikely in the days, and weeks, to come.

There were easily at least 50 influencers with over 10 million followers. That is no small number by any yardstick but the bottom of the Top 20 list barely made Rs 5 to 6 Lakhs a month. There were taller claims and larger stats touted by agents and middlemen but the actual numbers were lower.

Was this because of the age skew?

More than 60% of TikTok’s active daily user base was said to be between 16-24 years. Some were younger. While this is an age cohort that is theoretically very attractive to brands, in reality, this age group does not really have as much discretionary spending power as compared to their peers in Western economies.

Prices on TikTok for paid content were not high. 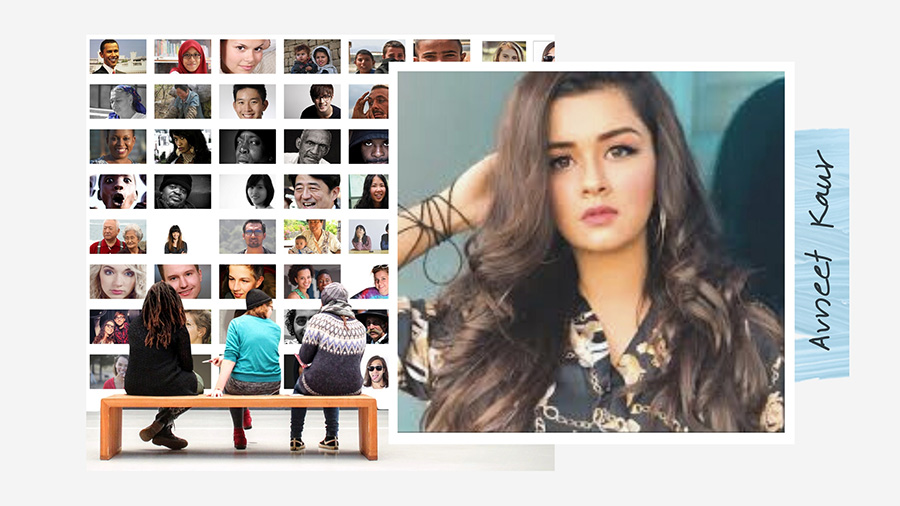 Even with 5-6 videos a day at times, all of this did not quite translate into the kind of results one would have expected.

The IIHB Research team met a large number of those from the TikTok world in the past week, to arrive at a gross number on the loss that TikTok’s exit has created.

An educated estimate is a dent of about Rs 120 crores at most for the Top 100 influencers. Pessimistic estimates could even be Rs100 crores, which honestly, is not much in the larger scheme of things.

Interestingly, the long tail of TikTok is really long. Someone with a 1 million-follower base could earn Rs 30-35,000 a month. At double that number, the earnings could be in the Rs 50,000 range.

Crass content could be one reason TikTok did not get much favor with brands conscious of their public reputation.

Also, the predominantly Tier 2/Tier 3 audiences made the platform unattractive to many more metro and urban faced brands.

TikTok was launched in India in September 2017, and had a meteoric climb in its user base. TikTok was downloaded 323 million times in India in the year 2019. It was available in 14 Indian languages. The momentum and quantum of TikTok’s user base had left all its competitors surprised.

The top ten influencers of TikTok:

With 42.3 million followers was the Big Boy of India’s TikTok world. Reputed to earn a notch less than a million US dollars, this 17 years old music lip-sync artist from Jaigaon, a border town of Bhutan, was the highest grosser amongst TikTokers in India - on monies he made from peddling his influence for brands, labels and clients.

IIHB’s research team, after discussions with market intermediaries, talent managers and TikTokers themselves estimated Aly’s annual earnings from TikTok at Rs 5-6 crores. His run-rate during the pandemic was actually higher and he could’ve easily crossed Rs 8-9 crores in 2020, but for the ban.

Riyaz made his first debut in the Yaari hai sung by Tony Kakkar, starring Siddharth Nigam and Twinkle. From Shilpa Shetty, Avneet Kaur to Deepika Padukone, he has collaborated with some of the best in Bollywood.

Mr Faisu has collaborated with the likes of Alia Bhatt and Sana Khan, and also with TikTok influencers like Awez Darbar, Riyaz Aly, Jannat Zunbair Rahmani, and Avneet Kaur. Shaikh’s annual earnings from Tiktok are estimated at between Rs 4 to 4.5 crores. Again, these could have been substantially more but for the ban, as numbers on revenue had picked up substantially during the Lockdown.

She stars in the TV show, Ek Veer Ki Ardaas – Veera and has 28 million followers who love her comedy, beauty and lip-sync content. Beauty tips and makeup hacks are prime offering that has built up her TikTok base. With earnings in the Rs 4-4.5 crores range, Arishfa is a popular endorser, much sought after by brands.

With over 27.6 million followers on Tiktok, she is widely known for her lip-sync videos and creative styling, which found her millions of happy fans. Having first appeared in Colors TV’s serial Phulwa, in 2011, she also played the role of a student in the Bollywood film Hichki, in 2018. Jannat, experts say, could well have been the top TikToker in India had she not simultaneously invested in building numbers on her Jannat Zubair Rahmani Official App, launched in 2018 and her make-up and beauty channel on YouTube - Complete Styling with Jannat Zubair, which has over 1.5 million subscribers.

These are now proving to be her safety net after the shuttering of TikTok. Jannat Zubair’s earnings from TikTok are estimated at Rs 5 to 5.5 crores - higher than Faisal Shaikh and Arishfa - both of whom otherwise enjoy larger follower bases. 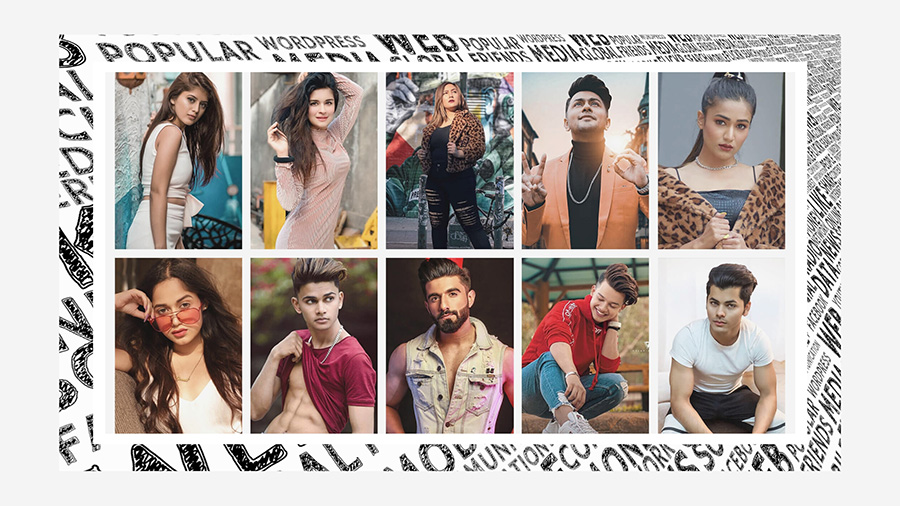 Her TikTok video debut with Na Ladeya Kar, and her subsequent video on the song Mujhe Yaad Hai Aata, which received more than 2.5 million likes, catapulted Nisha Guragain to digital fame. With earnings in the Rs 3-3.5 crores range, Guragain’s upward spiral seems to have been halted by the ban. She was recently in the news for a controversial MMS video which she distanced herself from, instead launching a very well received video Romance Karoon, which quickly hit the high notes with her follower base.

He is the son of well-known musician Ismail Darbar, hence a pedigreed player in the more plebeian world of TikTok. An incredible dancer, a choreographer by profession as well as the Founder of Ace Production, Darbar’s sense of humor and amazing acting skills have helped him gain huge popularity on Tiktok with 25.6 million followers and another 5.6 million followers on Instagram.

Meanwhile, comedian Sameeksha Sud, Dancer Avneet Kaur, Muser Priyanka Mongia, and Bahut Hard Girl - Gima Ashi - Garima Chaurasia, were all on the ascendant when the TikTok ban halted their dizzying climbs. It was unfortunate for most of them because their popularity was just beginning to be monetized in influencer dollars.

TikTok still had a long way to go on the monetization journey.

In a recent article, The Economic Times estimated that while only 100 TikTokers make any significant earnings from the platform, 10,000 YouTubers and an equal number of Instagrammers make significant cash from these digital outlets.

The same report also stressed, that a Category-A player on YouTube can make upwards of Rs 25 lacs a month, Rs. 5 lacs a month on Instagram and only Rs. 3-4 lacs with comparative bases on TikTok. By the way, a YouTuber would need 5-7 million views a month to be called an A-Lister, 6-7 million followers on Instagram help make the A-List cut and 10 million-follower base is needed for TikTok.

Some of this can possibly be ascribed to input-output cost too. There is almost zilch cost in creating most TikTok videos except the stars and their accouterments, and perhaps a few props; whereas, YouTube videos need far more expense, camera work, editing, graphics, computer effects, and more. Also, they have more possibilities for meaningful integration for brands. Some say, the quality of audience on YouTube is better because it is invoked.

Instagram is all about beauty, travel, food and children (yes, a big growth segment during the Lockdown) and TikTok is about dancing, lip-synching, choreography and fun.

There have also been views expressed on what comes first – Content, the algorithm or the audience? Everything is related but probably it’s the audience, which is the big difference here. Instagram goes for GenY (Millennials) while TikTok went for Gen Z (post Millennials).

Audiences had set the content (and the context too) and content helped make the algorithm – or was it the other way around?

But for now, TikTok is gone, and no one knows for how long.