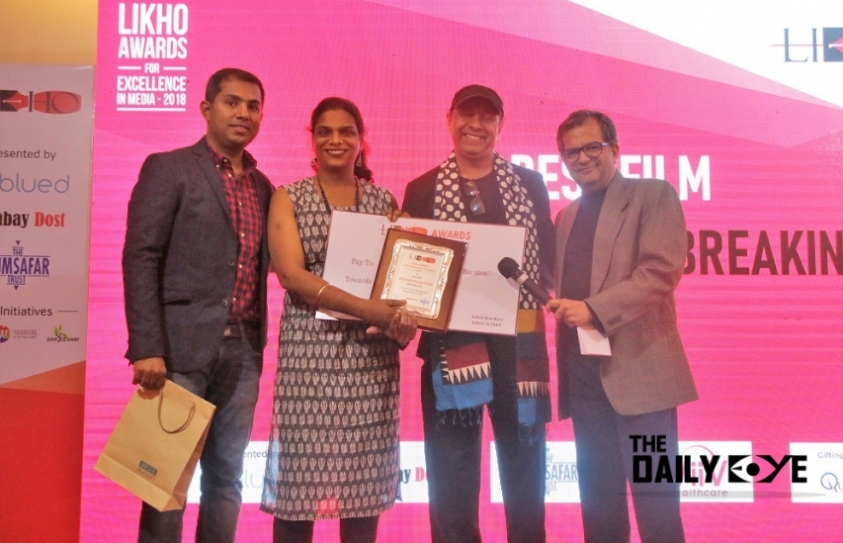 Winners at the 3rd Likho Awards for Excellence in Media

National award-winning film 'Breaking Free', directed by Sridhar Rangayan won the Best Film and director Onir won the Trailblazer award for his film 'My Brother Nikhil' at the 3rd Likho Awards for Excellence in Media in Mumbai on December 15, 2018. The awards are an initiative of Bombay Dost, India's oldest LGBTQ magazine, and The Humsafar Trust,  a community-based organization (CBO) in Mumbai working since 1994 in the area of health and human rights of sexual minorities. The event was sponsored this year by Blued, the world's largest gay social networking app. 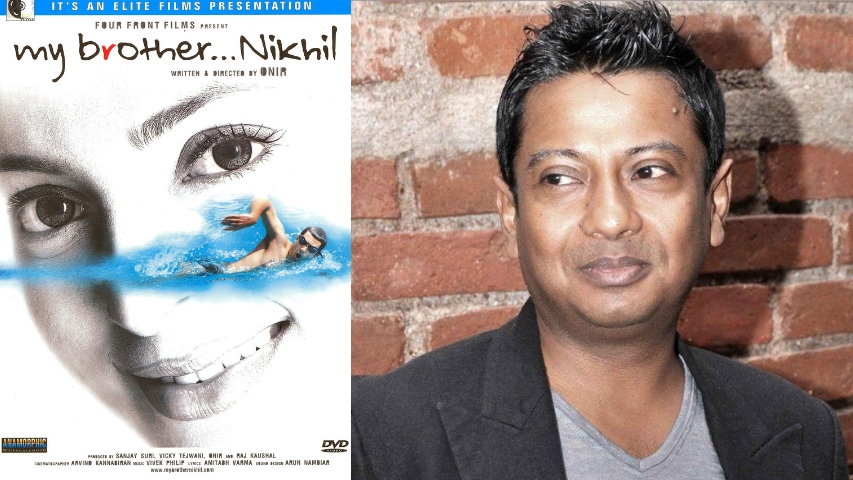 Onir, Director of My Brother Nikhil

"I am thrilled that our film Breaking Free has been awarded Best Film. Having won the National Award for Best Editing and also couple of more awards at film festivals, it still feels good to receive an award from the LGBTQ community itself. The film is an important documentation of the struggles of the Indian LGBTQ community to get the law Sec 377 repealed. It is an eye opener. The film is now on Netflix and can be viewed by everyone", said Sridhar Rangayan, director of the film.

"The Likho Awards is a community effort to recognise sensitive and well investigated stories and news on the LGBTQ communities in India," said Ashok Row Kavi, founder chairperson of The Humsafar Trust. “The Likho Media Summit and Media Awards were conceptualized by Bombay Dost and The Humsafar Trust to encourage sensitive and erudite coverage of LGBTQ news and opinion. The task becomes all the more important after Supreme Court’s historic Section 377 verdict. While the law has changed, there is the much more difficult task of changing societal attitudes towards the LGBTQ community. We believe that the media will play a crucial role in this effort for an equal society,” added Ashok Row Kavi.

Tarun Katial, CEO of Zee5 and chief guest of the event congratulated the winners and said that he was amazed at the content that was produced on LGBTQ issues and emphasised the need for promoting such voices for equal rights.

Guest of Honour and Consul General of Canada in Mumbai Annie Dube, said, "Our Prime Minister Justin Trudeau has maintained that 'Diversity is a reality and Inclusion is a choice'. ‎We strongly believe this inclusion is the only way forward. On the occasion of Likho Media Awards, we would like to congratulate Humsafar Trust and Bombay Dost along with all partners for the excellent work done towards building awareness on the role of media in social change as well as promoting and acknowledging inclusive portrayal of LGBTQ communities in the media.”