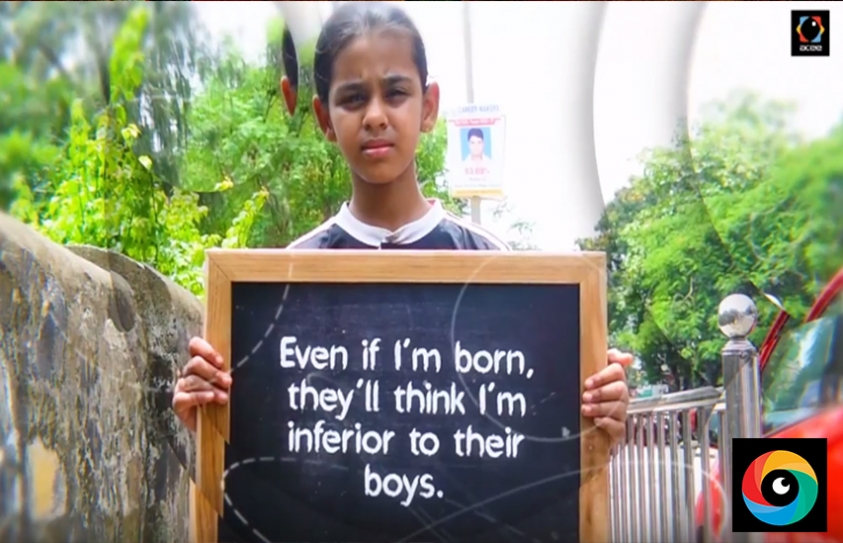 Short Film ‘If I Am Born’ turns into a Campaign

Asian Centre for Entertainment Education’s (ACEE) recent endeavors, after the launch of ACEE Studios’ has stirred up quite the buzz on social media.

ACEE Studios have their fingers deep into projects ranging from child rights to women empowerment and everything in between. The studio has released a few short films over the last few months that have got very good response on social media platforms.

The last project titled ‘Unkahi Baatein’ and its English version ‘Things Unsaid’, were both very well received by people all over India especially in States like Uttar Pradesh and Bihar.

This week the studio has released a rather interesting take on gender equality.

If I Am Born, a short film written and directed by Denver Fernandes has been making its rounds on Facebook and YouTube with wide acclaim. Veteran television producer and filmmaker Vinta Nanda and Childs Rights Activist, Augustine Veliath have produced the short.

Since it’s recent release, the film has gained a lot of critical acclaim on social media with women and men sharing and commenting the film as “powerful”. The views of the video keep increasing with every passing minute.

The film has now been adapted into a full-fledged campaign with the same title and will showcase alternative narratives exploring different issues related to women’s empowerment.

The campaign If I Am Born will consist of a series of short films and features of real people who want to make their voice heard. At the moment, the creative team behind the film is keeping their followers guessing, but they assure new and exciting things for the future. In an interview with Ms. Nanda, she asserts, “We now aim to bring about change by the ‘If I Am Born’ campaign and we will be releasing new and fresh content across all genres very soon, so stay tuned”.

Executive Producer and COO ACEE Hussain Kalvert is excited about the newly launched ACEE Studios and he says, ‘we will produce only courageous films which challenge the status quo at every level and surrounding all social issues’.

The short film consists of women of different age groups and different vocations from all over Mumbai. They voice their opinions on gender based discrimination and female infanticide by holding a placard that is part of a larger narrative. This empowering film can be watched by clicking on the link below.

Asian Center for Entertainment Education and its flagship program, The Third Eye which is in partnership with Hollywood Health & Society, Norman Lear Centre, University of Southern California Annenberg; engages with creative communities both grassroots and from the business of media and entertainment in India, through one-on-one meetings, briefings and events. Elevate is The Third Eye programs annual conclave which brings together thought leaders from across different fields of expertise, for panel discussions and workshops.