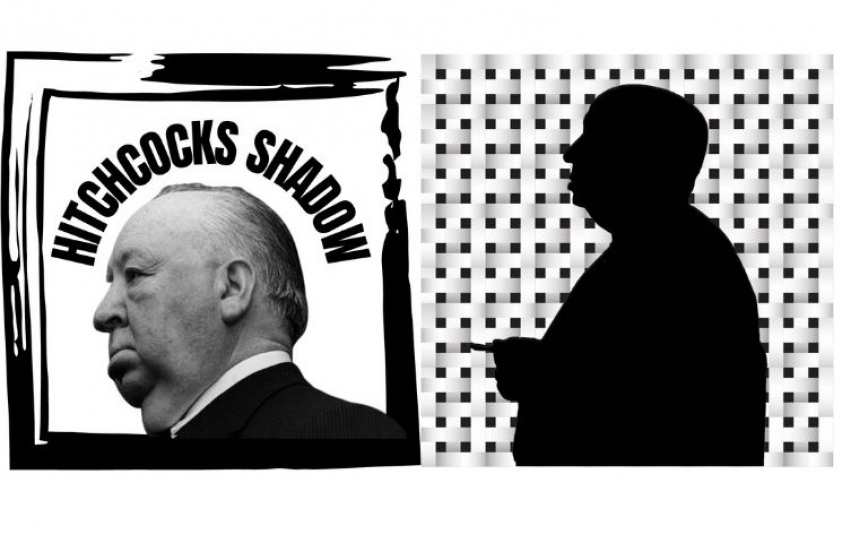 Khalid Mohamed writes on the influence of the Master of Suspense on Bollywood movies, which was infinitely preferable to blood sprays and mumbo jumbo of today’s desi thrillers.

Suspense assures that the viewer is immersed in the twists and turns of the plot. The end-revelation has to be a startling surprise, or the purported whodunit is as disappointing as a mystery novel, in which the identity of the killer is apparent from the first few pages. Of course, the Queen of Suspense, Agatha Christie, frequently compelled you to treat her books as  swift page-turners, disclosing who did what and why.

Vis-à-vis Bombay adaptations of her nail-chewers, Agatha Christie have been far more frequently adapted by stage plays. When it comes to our movies down the decades, the No.1 go-to-source of ‘inspiration’ has been the stiff-upper-lip British auteur Alfred Hitchcock.

Downgraded as a ‘commercial hack’ by many, it was the Nouvelle Vague directors Francois Truffaut, his extensive interview-based book on Hitchcock, published initially in 1965 is a revelation, and Claude Chabrol, many of whose thrillers were Hitcockian and he acknowledged him as an auteur of peerless artistry.

Regrettably, the Master of Suspense has been vastly imitated, but has never been remotely equalled or even paid obeisance to, loud and clear, by Bollywood.  Far from it!

In fact, Alfred Hitchcock, whose 41st death anniversary was on April 29, had been such a seminal influence in my growing up years that, on my minuscule part, a debt had to be repaid when I wrote my first film script for Shyam Benegal. Mammo (1994) was the story of a 13-year-old boy who lives with his grandmother and grand-aunt, and bunks school to catch Psycho, which, as it happens, was restricted to only those above the age of 18. 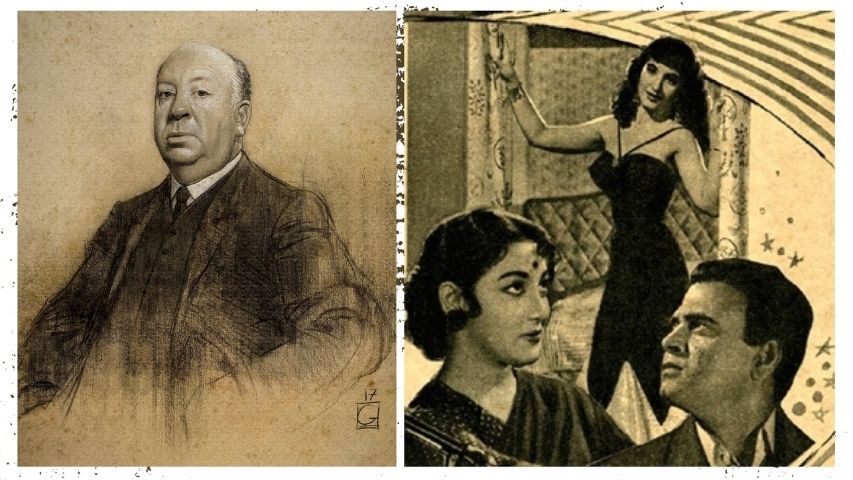 A fanatic fan of Hitchcock, the boy and his friend cloak themselves in burqas to gain access to a re-run at Bombay's Chitra cinema. The sequence was one of the lighter moments in the drama, directed with warmth and humour by Benegal. There was a problem though. Copyright issues prevented the use of a clip from Psycho showing Janet Leigh in the epic shower scene, which lasted 45 seconds on the screen but took seven days of a 30-day shooting schedule with a 78 camera set-up and was edited with 52 cuts. Hitchock, wryly, described the sequence as a “prank”.

To convey the impact of the spine-chilling vignette, Bernard Herrmann's evocative music score was spliced in by Benegal. "It's a pity," the filmmaker said. "It would have been so impactful to show a fraction of a minute of that scene. But I guess the music is so clearly Hitchcockian that the point wasn’t lost on the audience." Gratifyingly, it wasn't. Nevertheless, quite enviably, Vidhu Vinod Chopra had succeeded in paying a visual meta-homage to Hitchcock by showing a scene from Psycho playing on a TV set, both in Khamosh (1985) and Parinda (1989). 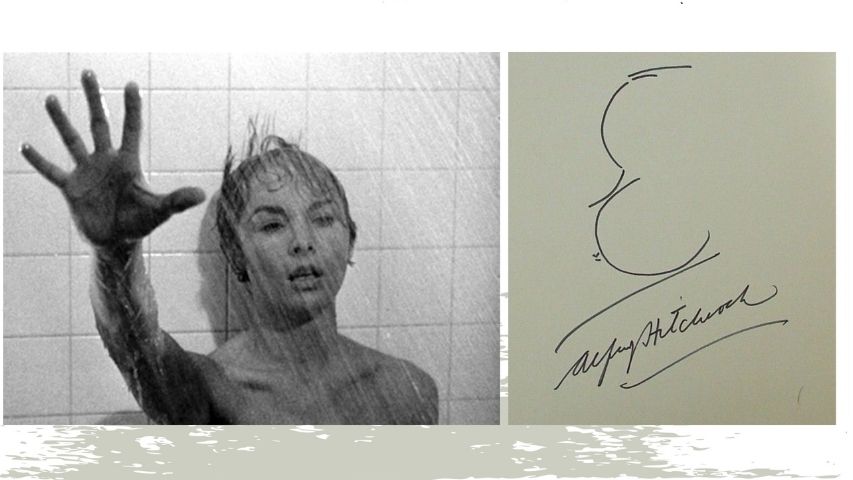 This personal throwback apart, the Hitchcock stamp on Bollywood has been more than apparent ever since the black-and-white era. Although derivative elements of murder and suspense can be detected in Kamal Amrohi's Mahal (1949), Asit Sen's Apradhi Kaun? (1957) and Dwarka Khosla's Reporter Raju (1962), it was Biren Naug's Kohraa (1964), which wasn't only under the influence of the master but was a brazen rip-off of his cult classic Rebecca (1940), adapted from a novel by Daphne du Maurier. For additional measure, Kohraa also bunged in a bathing scene as a nod to Psycho.

Revolving around a well-heeled man suspected of poisoning his first wife to death, the B-town remake of Rebecca featured Biswajeet and Waheeda Rehman in the parts originally played by Laurence Olivier and Joan Fontaine. Snag was that the sufficiently well-made Kohraa, complete with eerie sound effects plus light-and-shadow lighting, was compared with the earlier Biswajeet-Waheeda Rehman surprise hit Bees Saal Baad (1962), which had audiences screaming out loud in cinema halls at housefull shows.

By contrast, the feeble Hindi language’s take on Rebecca tanked. Today, essentially its music score by playback singer Hemant Kumar, who incidentally produced both the whodunits, can boast of recall value. To be fair, many aficionados of suspense thrillers have accorded both Bees Saal Baad and Kohraa a cult status. 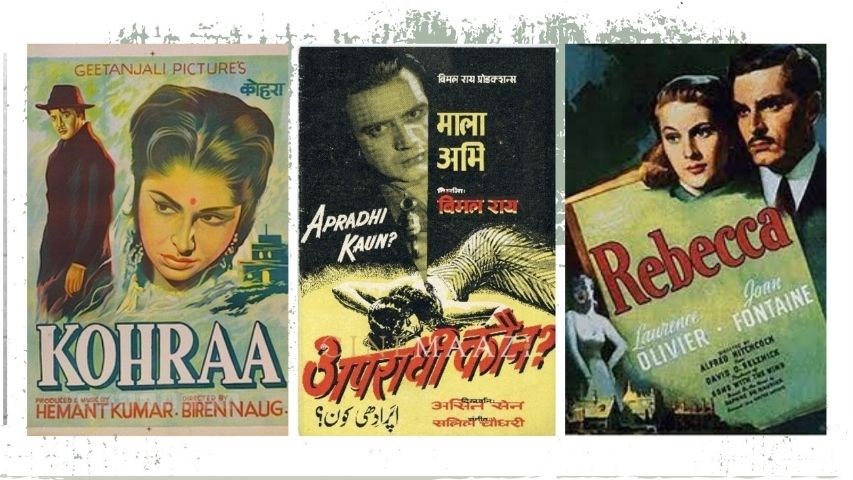 Moments - written and technically crafted - to push the viewer to the edge of the seat in the Hitchockian style can be detected in Raj Khosla's Woh Kaun Thi? (1964), Mera Saaya (1966) and Anita (1967). This triptych of suspense films showcased Sadhana in tight close-ups the way the master would with his heroines. While Khosla admitted that he had fallen head over heels in love with Sadhana, Hitchcock was known to be extremely rude and heartless with his leading ladies, to the extent of driving them to tears, whether it was Kim Novak, Grace Kelly, Suzanne Pleshette or Tippi Hedren.

In Bollywood, close-ups of women, terror-struck or romanticised under soft lighting, were forte of Vijay Anand. Moreover, according to Richard Allen, professor of cinema studies, New York University, Anand's Jewel Thief (1965) is a smart blend of the master's To Catch A Thief (1955) and Vertigo (1958). A reformed thief, enacted by Dev Anand, finds his tactics being imitated by another Smart Alec, as Cary Grant does in the exploits of the gentleman thief located in the Riviera. Plus, Dev saab also suffers from a nervous disorder like James Stewart did in Vertigo. While praising Jewel Thief for the plot, the use of flashy colours like neon red, a cushy lifestyle for its main protagonist and nail-biting suspense, Allen has described it as the best adaptation of Hitchcock to come out of Bollywood. 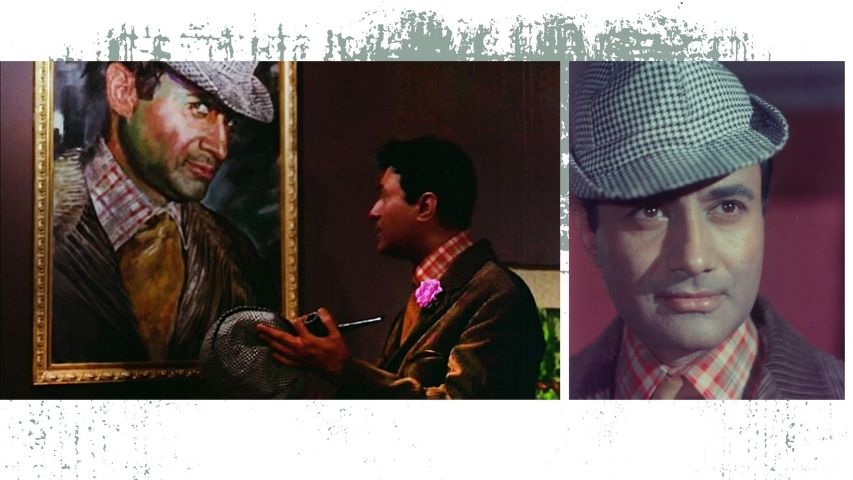 Not that there's much competition in this department. Call them what you will, the other rip-offs, tributes or odes to Alfred Hitchcock have ranged from the comme ci, comme ça to the abysmal. Among those which did have some redeeming moments count Basu Chatterjee’s Chakravyuha (1978) with elements from 39 Steps, Mukul Anand's Aitbaar (1985) borrowed liberally from Dial M For Murder, Jyotin Goel's Inaam Dus Hazaar (1987) chip-chopped from North by Northwest, Sushen Bhatnagar’s Soch (2002), a take on Strangers on a Train, and Ananth Narayan Mahadevan's Anamika: The Untold Story (2008), yet another throwback to Rebecca.

And how can I forget Subhash Ghai popping up for cameos in the movies he has directed, a device once patented by Hitchcock? Perhaps the master would have remarked tongue-in-chic, "Plagiarism is supposed to be flattering, right?"

Of late, the killer-chiller series, which have proliferated on the streaming channels (like say, the glut of the spookfests and slices of cheesy adultery), preceded by the Balaji sex-horror combos like Ragini MMS and its sequel,  have let Hitchcock rest in peace, opting instead plot premises culled from American horror and supernatural shows. 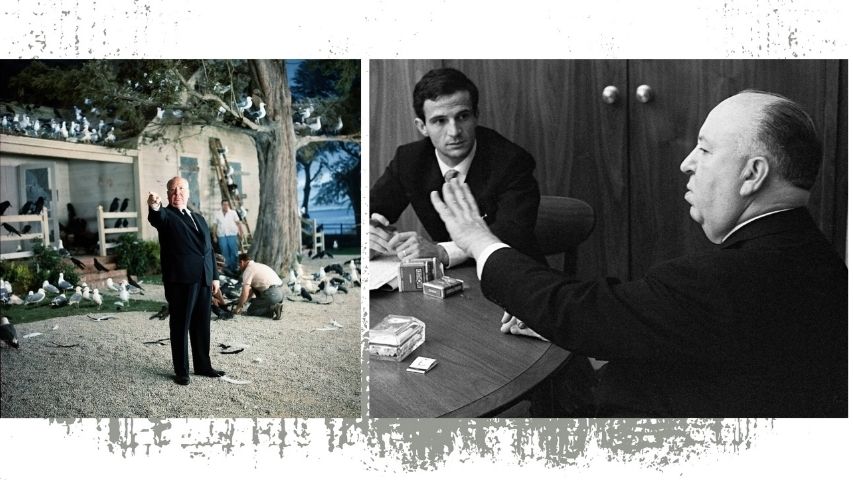 Hitchock had gratifyingly, never indulged in the occult or ventured into the zones of ghosts and witches. Consistently avoiding images of  blood sprays and graphic sexuality, his calling card were plausible stories, which could happen behind closed doors to real people. Clearly, those have just gone out  of vogue.

Truth, be told give me a Hitchock clone, however ineptly done, than the laughable murders most foul of the here and now. In the very words of Hitchock, there is still a lesson to be learnt by the scareflick makers of today, “Fear isn't so difficult to understand. After all, weren't we all frightened as children? Nothing has changed since Little Red Riding Hood faced the big bad wolf. What frightens us today is exactly the same sort of thing that frightened us yesterday. It's just a different wolf. This fright complex is rooted in every individual.”

So quit the way-out mumbo jumbo, right now on the OTT channels at least, please.