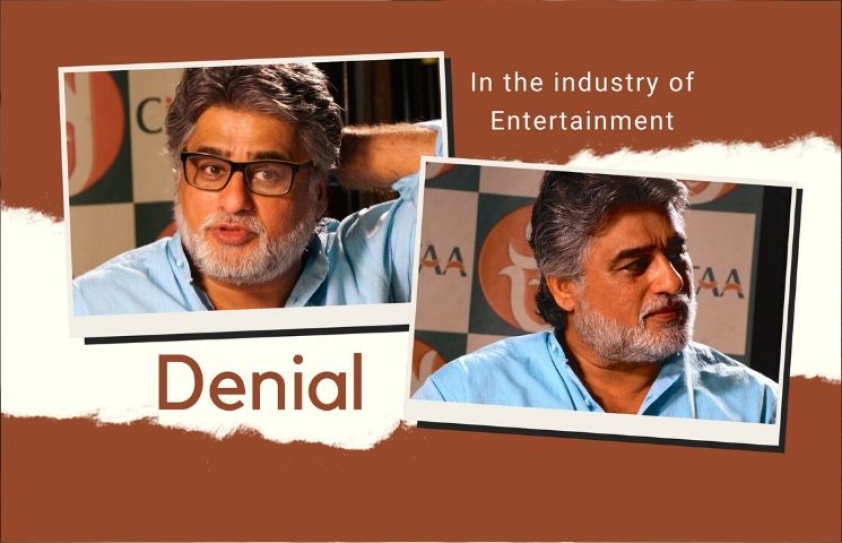 Denial: In the Industry of Entertainment

When daily soap operas were introduced as an alternative to weekly shows around twenty years ago, there was no thought given to planning or for that matter towards best practices.

There were also no discussions had with trade unions, associations and other stakeholders who represent work force. Arbitrary demands were made on production staff to increase number of shooting hours per day with the aim to aggregate a required amount of content for the new format. Twelve-hours long shifts were curiously adopted without consensus and not surprisingly it soon also became the norm.

The responsibility to comply with the demand to clock an absurd number of minutes of schlock every day fell solely on production teams, and workers were forced to find ways to deliver; irrespective of what problems they were going to have to face.

Long-term assignments translating to regular monthly incomes were carrots dangled abundantly to attract workers and important questions about maintaining standards and best practices at the workplace were deliberately ignored. Misled workers embraced a trial and error approach to keep capricious promises made by them to managements who didn’t care about anything other than grabbing eyeballs and making profits.

Workers met targets but at the cost of putting ethics and their conscience aside as they too gained personally in terms of improved standards of living for themselves. One episode of twenty-five minutes just had to be canned everyday irrespective of whether actors as well as key technicians were available or not because corresponding to the profit making involved, all workers were easily dispensable.

Scripts were turned on their heads at the drop of a hat when for instance an actor required for the continuity of a sequence was busy elsewhere and nobody gave a damn about what it was that was being churned out or for that matter, if it made logical sense or not.

More than any other applesauce served here was the fact that an episode shot today was edited the next day and broadcast the day after. Whosoever asked questions as to why episodes were not banked well in time was shot down and called a ‘trouble-maker.’

This was a major turning point for the industry.

Work environments deteriorated because it was workers rights, which were compromised in the bargain. Those who made demands that were well justified but ironically impractical to sustain this new (ab)normal that had set in, were pushed off the treadmill and it was business as usual on yet another day. The person replaced could be a lead actor, a core writer or for that matter even the producer because networks always had another waiting in line to take over the reigns from there.

So those who took a stand against the system and made demands for legal as well as ethical rights were called the ‘dissatisfied lot’. They were left behind in this race, to which we can see clearly now, there was no finish line. It has therefore brought all of them who took part in the never-ending chase, become losers.

The myth that grew to mammoth proportions was that the television industry was giving employment to lakhs of workers, whereas reality was different. The industry steadily weeded out talent in thousands of numbers and replaced them with cheaper human resource arriving in the city of dreams in droves, and willing to pay any price for achieving name, fame and fortune. 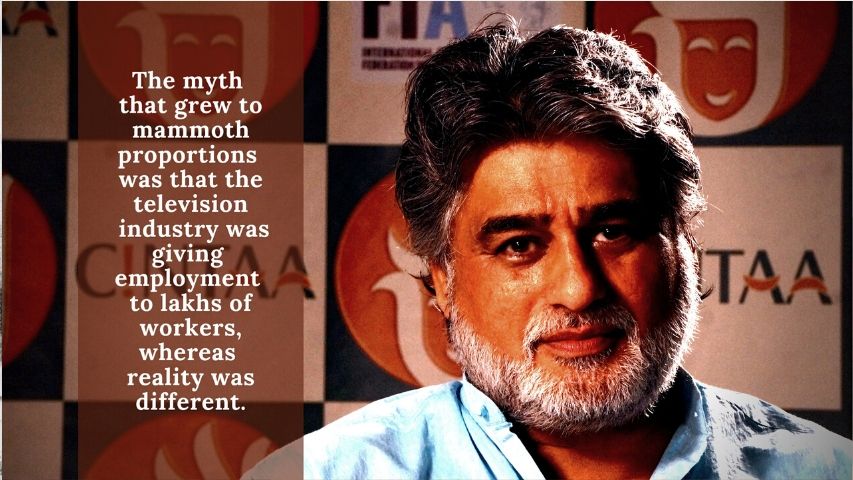 Soon as this irreversible juggernaut advanced to crush everything that came in its way, the silence over relentless compromises made grew louder because more workers chose to rather be compliant with this deeply flawed system.

It’s this army built over two decades, which perpetuates the compromise and becomes complicit with malpractice, and it is what largely comprises workforce in the entertainment industry today.

When producers, technicians and creative forces were faced with two options to choose from, either to conform to or else stand quietly at the fringes of the ecosystem, it is the obvious that happened, right? Most talent was sidelined, while the industry itself, as is evident today, hurtled itself into oblivion.

Mega studios and Production Company’s, which exploited workers and denied them their rights, stand vacant today and no, COVID-19 is not the reason. Fact is that prior to when Coronavirus struck, the business of Hindi fiction and non-fiction had already gained extinction because it had lost viewership, which otherwise used to bedeck sexy bottom lines - young audiences and consumers that appeal to markets were already gone having chosen alternatives that were now available to them aplenty.

Voices, which for decades had been asking mega business houses to balance working conditions and rights with output, are now rising again because the myth stands busted and revenues are nowhere in sight.

Sadly today, COVID-19 is being used as an excuse and the onus of sustaining the business is yet again being heaped upon workers who are now being asked to drop their rates for the survival of the business. Again it is one worker being pitted against another because a huge job crisis obscures the horizon.

When studios and networks are requested by stakeholders to raise standards of working conditions at least to the same level that international consortiums doing business in India maintain for their workers in their own parent countries, the argument is shot down vehemently with the following words said – ‘Such conditions are not possible to achieve in our country!’

My idea is not to paint everything black because it cannot be denied that the volume of work generated by the industry over the last three decades has provided hope to much talent from across the country - people who dreamed of lighting the screen with their presence but had no access to the stage. There are many people who achieved fame and fortune too but the darkness backstage was hidden from an overexcited world blinded by the arc lights.

There is no question that commercial viability is key to the sustainability of the entertainment industry but arbitrary decisions that affect the lives of the workers with regard to working hours, human rights and intellectual property rights are being contested here.

Therefore the burning question that arises is this: Should this failed system be demolished before we restart afresh or will big business continue to negotiate terms in an environment, which is conducive to them but greatly unfavorable towards workers?

If the answer is the predictable then workers will be left with no choice but to undervalue themselves as well as their worth?