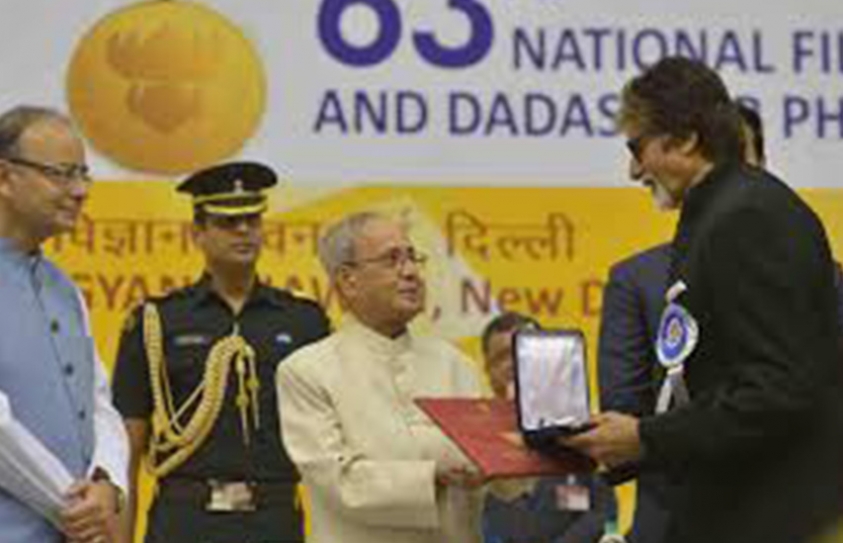 Megastar Amitabh Bachchan, who has been honored with the Best Actor Award at the 63rd National Film Awards, says he was humbled and touched as President Pranab Mukherjee mentioned him in his speech. The 73-year-old, who looked dapper in a black suit, was in Vigyan Bhavan here on Tuesday to receive the award instituted by the government of India for his portrayal a Bengali father in “Piku”.