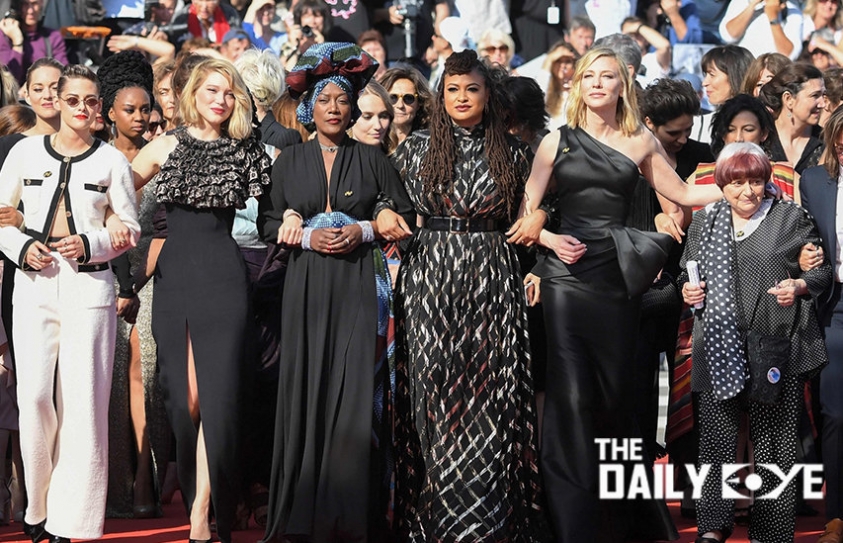 The Harvey Weinstein scandal was an awakening the world much needed. Thanks to that, the conversation around women in the film industry is finally seeing a shift, with initiatives in both Hollywood and the global film industry that are forcefully pushing for a safe work environment for women, as well as parity both in work opportunities and pay.

The conversation continued at Cannes too. 82 women from the film industry walked the red carpet in solidarity to make a statement about gender inequality in their respective fields. The demonstration featured speeches and appearances by Hollywood stars, including Kristen Stewart, Cate Blanchett and Salma Hayek. 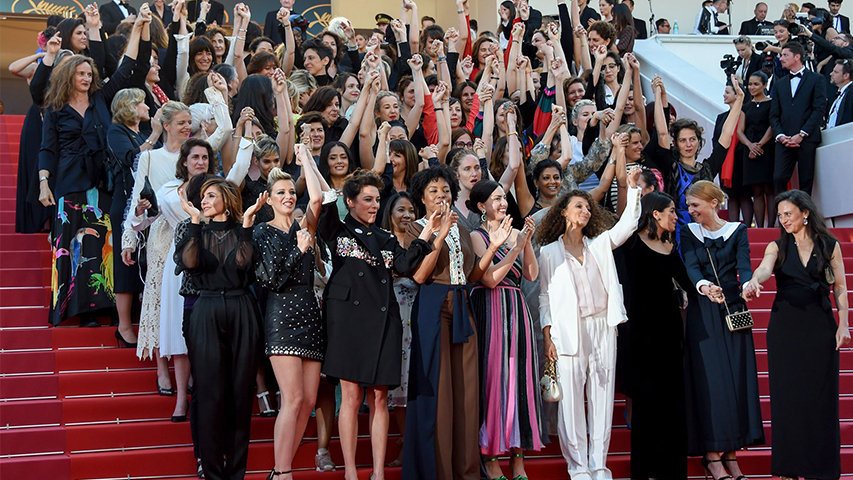 What's special about the number 82? Well (and this will definitely come as a shock), 82, an especially significant number, is the number of films by female directors (including seven in mixed-gender teams) that have premiered in competition at Cannes in its 71-year history. By contrast, 1,688 films by male directors have had that same honour. Yes, I had the same expression as the one on your face right now.

Blanchett, the jury president of this year’s festival, led the group and read out a statement from the steps of the Palais des Festivals, joined by French film director Agnes Varda, who read the statement in French.

In her remarks, Blanchett explained the significance of the number 82.

“On these steps today stand 82 women representing the number of female directors who have climbed these stairs since the first edition of the Cannes Film Festival in 1946,” she said, according to The Hollywood Reporter. “In the same period, 1688 male directors have climbed these very same stairs. In the 71 years of this world-renowned festival, there have been 12 female heads of its juries.”

“Women are not a minority in the world, yet the current state of the industry says otherwise,” Blanchett said. “We stand together on these steps today as a symbol of our determination to change and progress.”

The protest was organized by a French movement called 5050x2020, which is calling for 50/50 gender equality in the French film industry by the year 2020.

After the demonstration, the group proceeded into the Girls of the Sun premiere. It was a perfect choice: the film tells the true story of a group of female anti-extremist Kurdish soldiers. In 2014, 7,000 women and girls were captured from their homes and sold into sexual slavery by extremists. The leader of one of the groups (played by Golshifteh Farahani) was one of the captured, but she escaped, as did others. They took up arms to take their country back. It’s a moving film, one in which the rallying cry for the women is “Women! Life! Liberty!”

Sure, women have a long way to go before the change is completely made, but the women at Cannes called out the industry’s inequity on the carpet. Now it’s to the rest of the industry's turn to answer that call with action.