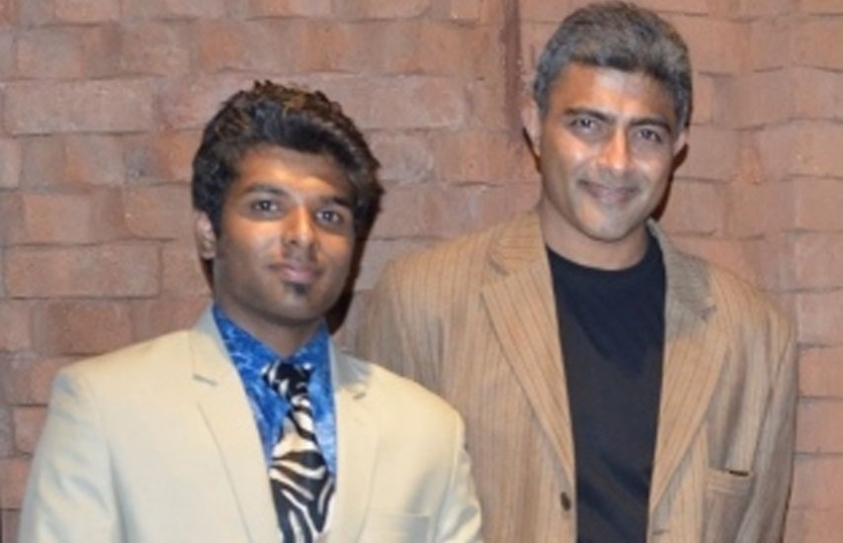 ~ The unique festival, presented by Vivanta by Taj, is dedicated to the short film genre and is in its fifth edition in India ~

Mumbai, September, 2014: The world’s first ‘global’ film festival, Manhattan Short 2014 opened with great enthusiasm and a starry night. It announced and honoured winners; Stalin Massey from Mumbai, Romi Meitei from Imphal and Gowtham Namasivayam from Chennai, chosen through the ‘Vote for India’ initiative, at a special party organized at Wink, Vivanta by Taj – President on Tuesday, September 30. The event was attended by personalities such as, Meghna Puri of Whistling Woods, Actor Ashmit Patel, Composer Leslie Lewis, Film maker Kailash Surendranath and many others.

Established in 1998 in New York City by Nicholas Mason, the Manhattan Short is in the fifth consecutive year in India and 17th year globally. It also culminated the ‘Vote For India’ initiative (in association With Gionee and powered by Jameson), which saw short film makers from across India compete for a spot in the global finalist list.

The Vote for India Award went to three films by Indian directors among the exciting line-up of shorts in diverse genres, which had arrived from every corner of India. Gowtham Namasivayam’s ‘Oxymoron’, the first winner with 7,792 votes is a murder mystery that explores the meaning of the title through its characters and plot. The second winner, Romi Meitei’s ‘Rock And Egg’ (4,460 votes) is a tale about a relationship between a young boy and his father set in a village in the North East. The final winner of the initiative is Stalin Massey’s ‘Seductive Berozgaari’, an eleven minute short about an unemployed youth who encounters a genie in a simple transistor that promises to help him change his life forever

Apart from these, four Indian entries were also recognized for their merit and have earned a Special Mention award

The three day film extravaganza, scheduled for 3rd October to 5th October, will screen the ten short films selected for the competition globally, along with these winning films at Sitara Studio, Mumbai. Audiences can also catch the webcast live on www.vivantabytaj.com.

Commenting on the occasion, Mr. Veer Vijay Singh, Chief Operating Officer, Vivanta by Taj Hotels & Resorts, said, “Vivanta is known for its highly imaginative and spirited brand persona. Our association with Manhattan Short hasn’t simply been to present the event but also to get into the core idea of making the platform a truly popular movement. The brand conceptualized and invested in the forum of a dedicated “live broadcasting and screening” microsite that brings the Manhattan Short Films, related genre and young film makers and their works to an online arena. The stage, the contest, the votes are all online, live and shared. This is one of Vivanta by Taj’s numerous endeavours to encourage young talent and innovation.”

Proud of the occasion, Anil Sadarangani, Festival Director, India said, “Our aim has been to offer opportunities and connect with the creative filmmakers in India, and we are overwhelmed every year by responses. The Vote for India initiative gives us great gratification, for it is a platform to showcase some amazing talent globally.” He also felt obliged by the immense support from the film fraternity, which was part of the initiative. In keeping with their commitment to support social causes in India, Manhattan Short India, through its festival, is supporting the NGO Down To Earth (dteindia.org) this year. Last year, they donated to Laadli, the girl child campaign.

The Manhattan Short 2014 takes place in over 250 cities across Asia, North and South America, Europe, Australia and Africa. This year’s global finalist list showcases films from the following countries: USA, UK, Germany, France, Mexico, Australia, Netherlands, Norway and England. These global finalists have marked their impressions at various festivals around the world. Subjects the films deal with range from romance to sci-fi, animation and there is even a docu-short. Audiences across the globe come together to watch 10 finalist films selected from over 500 entries and vote the winner. Votes are tallied at each participating cinema around the world and submitted to festival headquarters in New York City where the winner will be announced.