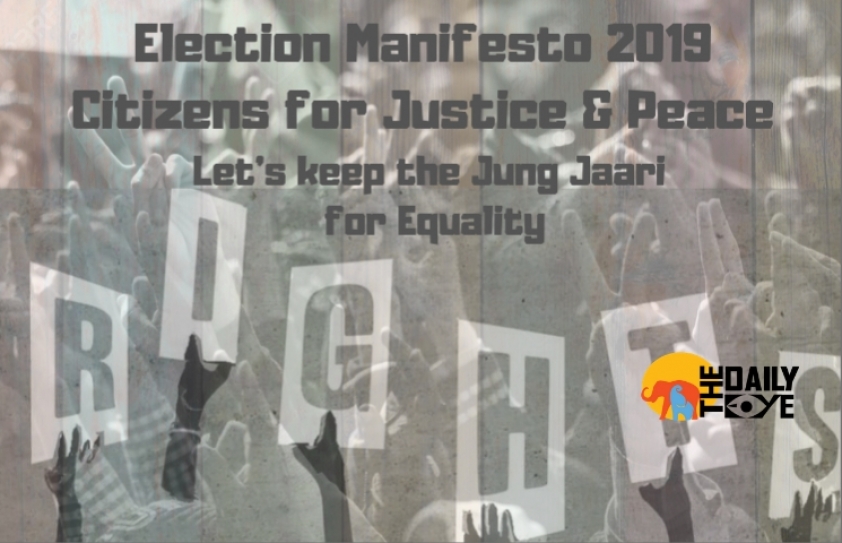 The upcoming general election is critical for human rights in India, given the recent surge of violations of rights that are constitutionally guaranteed for all Indians. With this in mind, Citizens for Justice and Peace (CJP), a Human Rights movement dedicated to upholding and defending the freedom and constitutional rights of all Indians. The movement works to guarantee rights in the courts and beyond. Their focus areas which they call as the Four Pillars are:

CJP has drafted this manifesto highlighting the most pressing human rights issues they believe political parties and candidates should focus on in the upcoming 2019 Lok Sabha elections, and issues on which the future government should take action.

Right to Peaceful Assembly and Freedom of Expression and Association

Attacks on Dissent: Protection for Human Rights Defenders and Movements

Curbs and Prosecution of Hate Speech and Hate Writing:

Rights of Undertrials and Prisoners