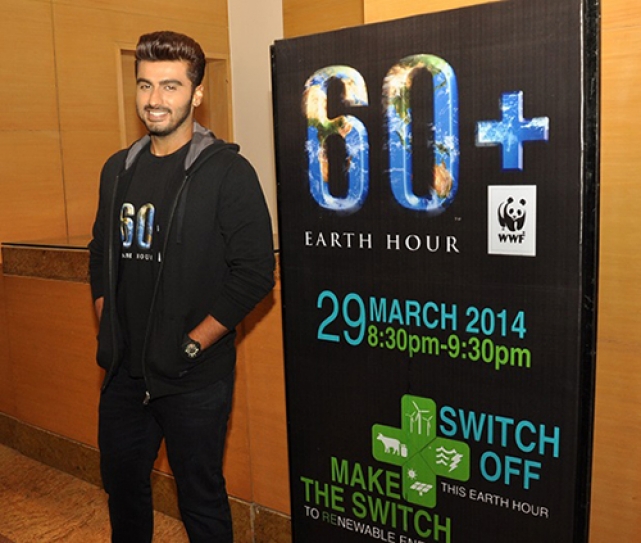 Actor Arjun Kapoor has joined hands with WWF-India to pledge his support to the Earth Hour 2015- WWF’s global campaign to raise awareness and inspire individual action on climate change. This was announced at a press conference held in the city, partnered by the ITC Maratha. This is the second time that Arjun has pledged his support towards the campaign. Arjun spoke about his association with the cause and invited citizens of the city to come forward and show their support for the campaign. Arjun is also supporting the Sahasra Jyoti project of WWF-India, an initiative launched by the organization aimed at bringing sustainable development to the Sundarbans landscape in India, by enabling energy access to 1000 households in the region – all through solar energy. Earth Hour is the largest environmental campaign in history and enables individuals, organizations, governments and groups to show their support towards policies and practices that create a balance between development and environmental concerns.