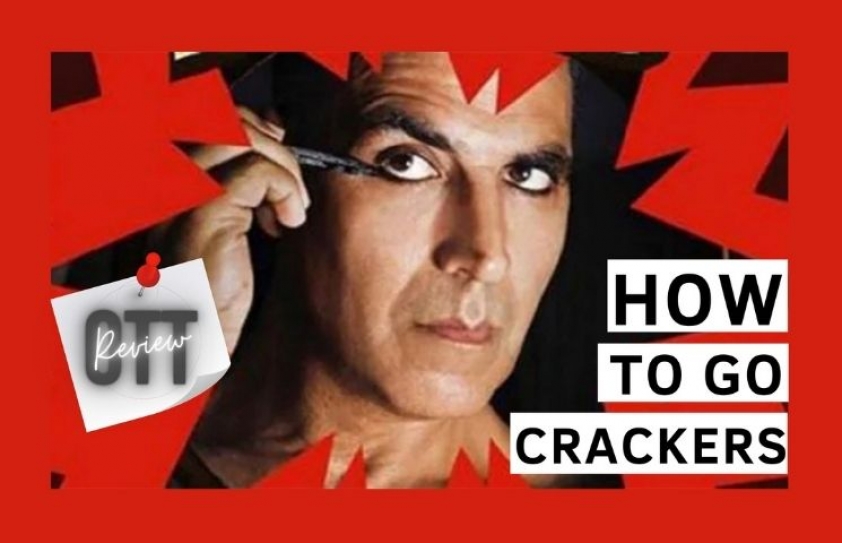 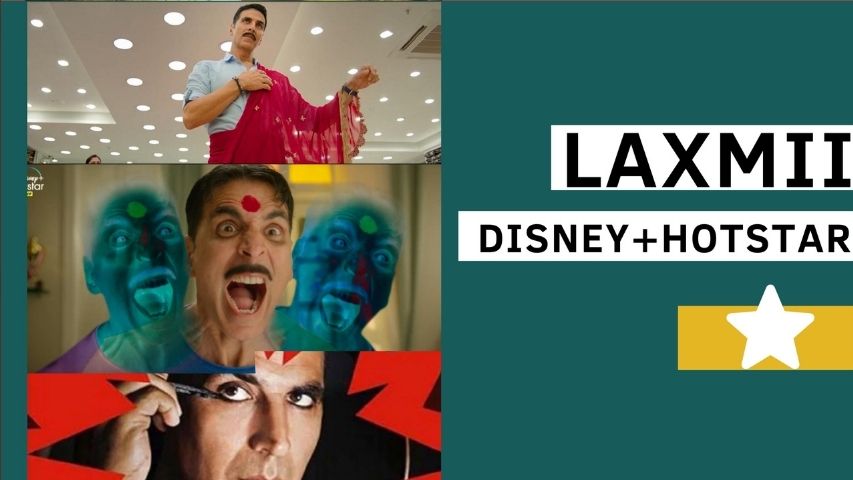 He’s got a kink about bangles, hollering, “If I ever see a ghost, I’ll wear choodiyans.” And thereby hangs a tangled-wrangled horror-‘n’-comedy nightmare. Despair.

Over to Laxmii (Bomb deleted by censors), then, co-written, regurgitated and directed by Raghava Lawrence from his Tamil hit Kanchana (2011) - not that the original was any great shakes-rattles-or-rolls but so what? It made plenty of moolah, ergo nine years later, Bollywood has re-ignited the choolah. Produced by Tusshar Kapoor, actor-turned-invisible-man in this case, the ouchcome is a nightmare, the sort, which makes you break out into a sweat. Fret.

For inclusive reasons perhaps, hero Raghav of Kanchana is converted to Asif (Akshay Kumarji). A dude without a surname, he accompanies his Expressionless Wonder of a wife, Rashmi (Kiara Advani), plus a Beatle-like mop-top nephew, to his in-laws residing in an unspecified nook of the nation. Hopefully, Asif will be officially accepted by his Hindu sasur who scowls into a newspaper upon their arrival. Huh, will this turn out to be a much-needed plea for inter-faith marriages? You can bet your last Tanishq diamond, it won’t.

After a fistful of scenes, the mop-top boy vanishes into a limbo-paani. No one cares, or maybe the child star didn’t have any more shooting dates to spare. To make up for his absence, the screamplay goes into a weird tale-spin. A malevolent spirit materialises out of the wafer-thin air, once even as a clown from a closet (a moment you’ve already sampled in Hollywood’s supernatural flick It).

And what do you know? Faataat, our Asif begins to throw a mammoth fit. The in-laws gasp, the wife remains stubbornly expressionless. And shiver your timbers, Asif saab drapes a sari around himself at a textile store. Bore.

That means the hero breaks into a drag act. Reason: a tetchy transgender ghost has entered his body-‘n’-soul. Ages ago, it seems the cross between a bhoot and bhootni, Laxmii Sharma, was cheated of ancestral property (Bungalow No. 6) by a real-estate Racoon and Mrs Racoon - incredibly enough she is either a lookalike or is actually Prachi Desai. Never you mind. Another actor (Sharad Kelkar) as the wronged Laxmii takes over the proceedings, giving Asif a breather for a while. Now the script’s structure, if it can be called that, leans perilously like the Tower of Pisa. Help yelp.

An elongated throwback later and a song devoted to Dubai’s tower Burj Khalifa (whatever for?), rescue operations are conducted by a tantric priest and a mullah. No point. Asif reappears, performs a rather well-choreographed tandav admittedly, with a multitude of  angry young bewigged dancers. And since I’m a stickler for avoiding those spoiler alerts, suffice it to mumble, the end credits at last fetch an up-to-seal punishment of a two-hour-20-minute-long punishment of a picture. Worse, Aasif saab in a gigantic close-up hints at a sequel. Or did he mean a prequel?

Doubtlessly, a transgender-theme is laudable but clearly not in the way it is transformed into a mind-marauding farce here. As for an iota of discourse on the rational versus the supernatural, forget it.

Technically the style is an ear-blaster and the sets straight out of the Padmalaya movies of the 1980s - only those pots and pans on the beach of Himmatwalla are missing. Sigh o sigh.

Of the cast, Akshay Kumar, to put it extra politely and despite his unbridled enthusiasm, is hopelessly miscast. Ayesha Raza Mishra as the booze-swigging ma-in-law and Ashwini Kalsekar as her eye-popping daughter-in-law overact outrageously.

About the only inspired performance is knocked out by Sharad Kelkar, his acting chops controlled and calibrated,  as the vengeful trans-gender Laxmii.

Incidentally those scattered visuals of cricket stumps soaked in blood, special effects splitting a face into three  or a furry thingamujig rotating wildly, are more haw-hum than spooky. Just like the rest of Laxmii which is as frustrating as a damp firecracker.

Question: Should you try to see this misfired frightfiesta at all? Immediate answer: NO, unless you want to go crackers. 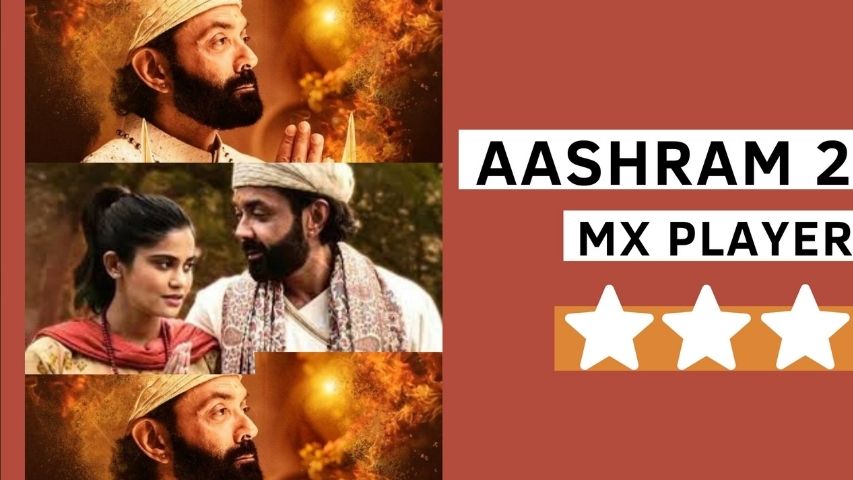 Producer-director Prakash Jha’s follow-up to his eye-opening account of the wiles of a godman, Nirala Baba of Kashipur (Bobby Deol) - inspired to a degree presumably by the real-life Ram Rahim - cuts to the core of the shady aashram. Drug addiction, rapes, political patronage and a clever attempt to appeal to the youth by aligning a pop-singer, Tinka Singh, to perform at concerts plugging his dubious social reforms, are just some of the behind-the-sins shenanigans.

In addition, there’s an aspiring woman wrestler (Aditii Pohankar) being trained for the national championship contest. Shades of Aamir Khan’s Dangal, you might say. Still, the low caste young wrestler is so sharply defined that the similarity hardly obtrudes. Plus if there’s a blizzard of contrived situations - a rape victim, for instance, can’t remember who the oppressor was or an investigative forensic expert doubles up as a Lady Bond - these are mere speed-breakers on the story’s highway.

The point is that Jha’s back with his addictive car convoys driving into mansion gates, reiterating his unwavering conviction that it’s the politicians’ avarice which spawns the cult of godmen. In the director’s view women won’t take it any more will turn the tables on the baddy bozos. It is underscore that blind faith has a brief shelf-life. Out with strife.

Employing all the startling ingredients, from sexual exploitation and the hierarchy of bhakts who succumb to possessiveness (a la Wild, Wild County)  right to the godman’s naïve megalomania, Aashram 2 is certainly cuts above the current crop of web series. The format is strictly mainstream, of course (which is why it isn’t quite in the class of Hansal Mehta’s Scam 1992), chockablock with ostentatious sets, blingy costumes and biff-pow-skull-banging interludes.

Of more than half of the nine new episodes I’ve seen, Bobby Deol is in super form, a thoroughly suitable man for playing Baba Nirala with a beady-eyed, beatific smile, and turning from a Dr Jekyll to Mr Hyde, whenever his diabolical side surfaces. Indeed, this could be his career-best act ever. Aditii Pohankar as the determined wrestler,  Anupriya Goenka as the forensic expert and Chandan Roy Sanyal as the Baba’s lieutenant, are nuanced and believable.

Don’t expect a flawless dramaturgy though. The upside is that Prakash Jha, at the age of 68, continues his innings as a critic of the fiefdoms of godmen who are as useless as a demonetised currency note. 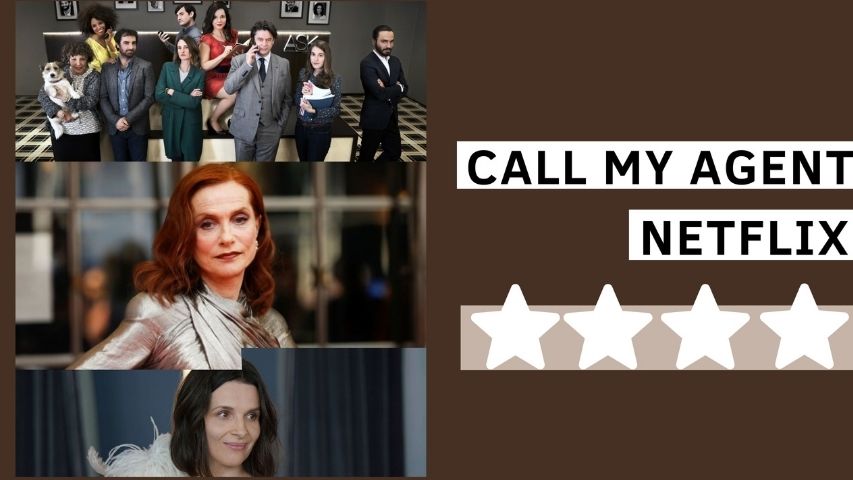 Ooh la la, if it’s Paris it must be romance, n’est ce pas? Circling around the broken as well as mended hearts in a swanky casting agency for actors, this is sheer delight. Partners are lost and found, a same-gender couple tend lovingly to a new-born baby, a gay executive keeps searching for unconditional amour, while the agency flourishes to start with and is then in the danger of going bankrupt.

Best of all, iconic leading ladies of French cinema – Juliette Binoche, Isabelle Huppert, Isabelle Adjani and Monica Bellucci – feature in cameos - they self-parody themselves delectably. An impromptu, nervous speech by Binoche at the Cannes film festival is superb-oh.

Hence Call My Agent (which has familiar echoes of what goes on in dear Bollywood’s prime casting agencies) is as delicious as a flute of Dom Perignon. A votre sante. Or simply cheers.